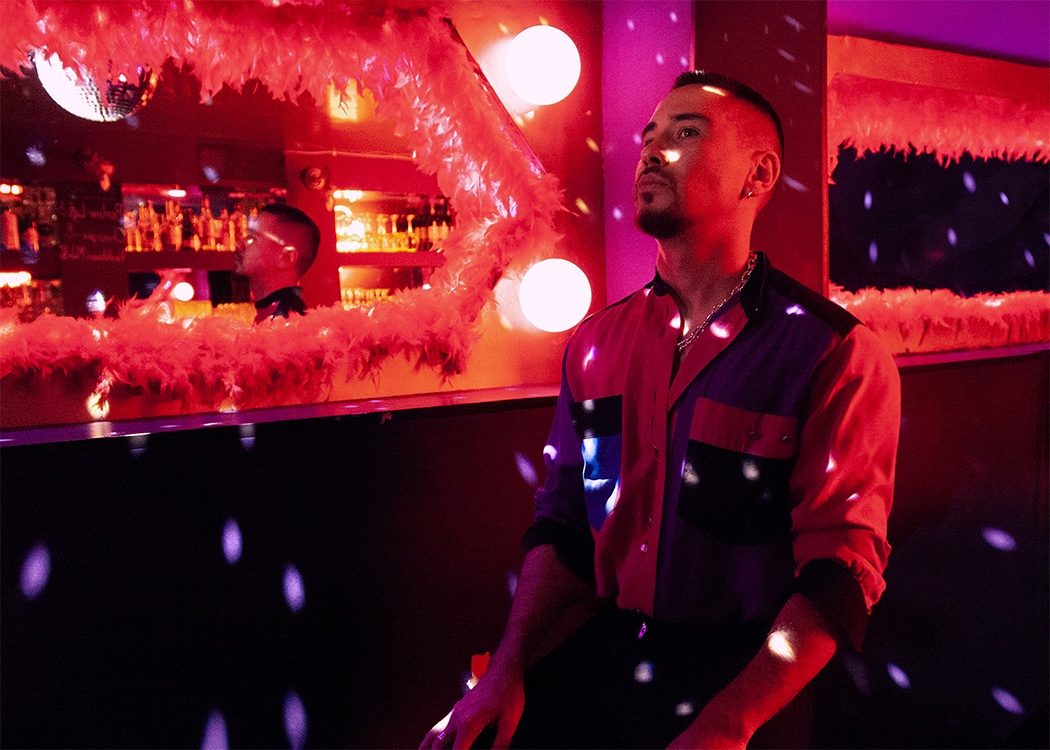 Coming from across blazing deserts and snowy peaks of Kazakhstan, Aresibo redefines the scope of house and techno music with his own special twist. Currently based out of Tbilisi, one of Europe’s electronic music hotspots, the twenty-eight-year-old artist explores the world of 90s house, techno, as well as Italo and new beat – all fully represented in his mixtape for KALTBLUT. Speaking on it, he says, “This mix is so high-energy, I suggest you listen to it while working out or running. It’s designed to teleport you right into a hot and sweaty middle of the rave, oscillating between harder Chicago/Detroit house and techno, with Acid influences. The music I play is fairly high-paced, raw and intense, and at the same time is utterly uplifting, positive, and is all about euphoria and fun. Expect to hear a lot of chopped vocals and long melodic transitions. These are some of the records I played a lot at numerous queer raves and spaces in Berlin and Tbilisi recently.”

Artists like Kraftwerk, Soichi Terada & Lindstrøm inspired Aresibo to create a new and fresh sound from the building blocks of old, which eventually got him accepted to Red Bull Music Academy in Tokyo at the age of 21. Over there his original music was described being distinctly unique as he combined cosmic synthesizers with psychedelic music of his Central Asian homeland to craft a futuristic genre that pulled listeners into the new world of his own. Recently he has performed at some of the major clubs and parties in Europe (About Blank, Wilde Renate, ‘Buttons’ in Berlin, Khidi in Tbilisi to name a few) and is emerging as an active member in the Georgian musical landscape.

Aresibo’s debut 2021 EP is coming out on the Rotterdam-based Electronic Emergencies label. It’s going to be a limited edition vinyl release with the worldwide distribution by Clone Records.