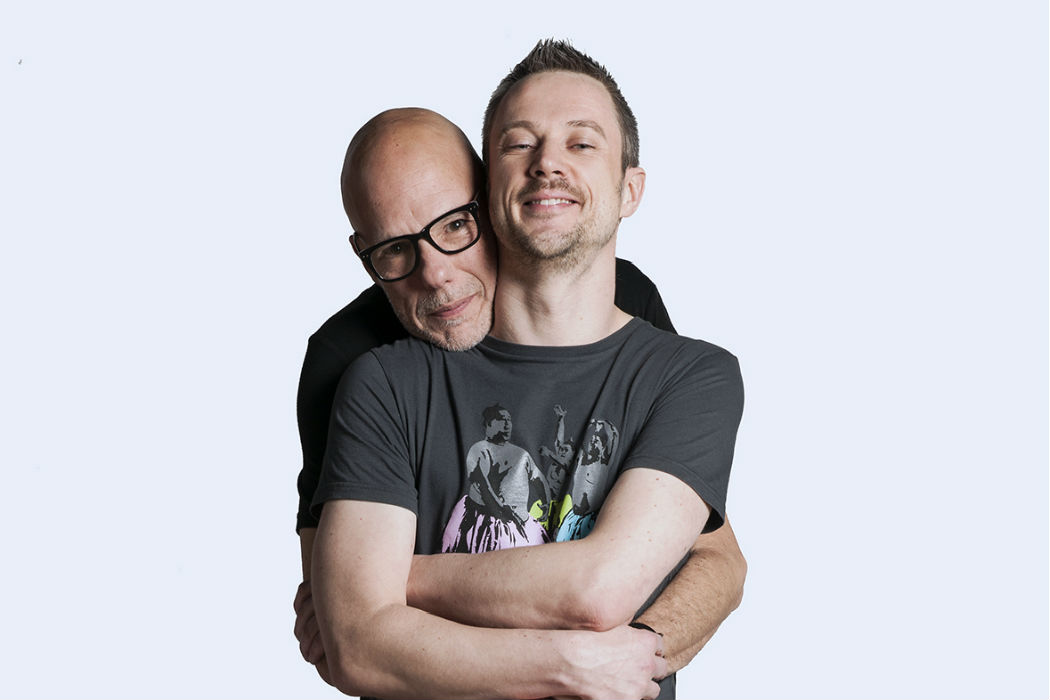 Sounds for the Weekend! This week we have a Netherlands special mixtape from Electronic Emergencies. “Not for the fainthearted” is a reflection of what founders Spacemaker and Leather E really love and what they play at home or at their parties. The mix includes epic tracks from Popsimonova, New Order, IAMX and even an exclusive from Italo producer David Vunk & classically trained Bosnian beauty Mima, due out this spring! Read below to hear what the boys have to say about their specially made mixtape for KALTBLUT and the exciting label’s background.

Electronic Emergencies is a young record label from Rotterdam, the Netherlands. Rotterdam is a city well known for its underground electronic music scene, and founders Spacemaker and Leather E both have a deep and long relationship with it. They DJ and organise underground parties such as EE-label nights and GAY BAR, the latter together with Rotterdam photographer Ari Versluis who was recently featured in KALTBLUT. Spacemaker and Leather E started Electronic Emergencies at the end of 2014 to promote the electronic underground, and have released 7 vinyl records and a cassette in a little over a year. One of those releases is The Last Time, the debut 7” of New York band Ceci N’est Pas. Ceci N’est Pas consists of Pierre Klein and Nico Nightingale – who previously collaborated as Neud, while Nico is also the man behind electro outfit Neud Photo – together with Jorge Socarras. Socarras is something of a queer icon, having worked together with 80s hi energy star Patrick Cowley. Their avant-garde album as Catholic has recently been re-released, together with Cowley’s long-lost soundtracks for gay porn movies School Daze and Muscle Up. Ceci N’est Pas’ first track The Last time is a real new wave synth pop gem, featuring a bass line similar to New Order, hysterical analog synths and suave melodies. Combined with the sometimes nearly desperate vocals of Jorge Socarras and sentimental lyrics about saying goodbye to your lover, these result in a dark and irresistible anthem.

The mixtape “Not for the fainthearted” is a reflection of what we really love and what we play at home and at our parties. First up is Lana Popsimonova, our Croatian coldwave/EBM star. Drive is one of the best tracks of her brand new album Brokedown Palace, released on EE in November 2015. We love the strict beats, the trembling melodies and the heartbreaking lyrics. Celldöd is a project of our friend Anders Karlsson from Sweden. Pulsating between acid, techno and EBM, we love the frozen beats and the ice-cold bleeps. Pametex is a local hero. This Rotterdam DJ and producer, who has played in Berlin’s Panorama Bar among others, has recently released two 12-inches with minimal electro of great quality, we love him and his records. The French slow acid-like track Je Penche by Peine Perdue is already a couple of years old, but we keep on playing it almost everywhere. Queer heroes pur sang Coil don’t wake up the dreamer…

Meanwhile, Somebody To Love Tonight is a rudimentary instrumental version of the famous Sylvester song by hi energy maestro Patrick Cowley, from the Muscle Up soundtrack. Synth Pop 14 is one of four tracks to be released on Electronic Emergencies in the Spring of 2016 by our friend, DJ and Italo & techno producer David Vunk from Rotterdam, who for the occasion has teamed up with classically trained Bosnian beauty Mima – premiered exclusively on this mixtape. Also forthcoming on EE is Quadropoly by electrotech producer Borgie, featured on his 4-track 12-inch Ad Astra Per Aspera which is released on 18 January. New Order does not need any introduction, we both love them dearly… This Is Us is taken from Agent Side Grinder’s Alkimia, a perfectly dark and melodic electro pop album from Sweden and one of our favourite albums of 2015. The Last Time by Ceci N’est Pas was already introduced extensively above… “Maybe the drugs are the only way to be free” – need we say more about the brilliant and disturbing lyrics of Happiness, by indie electro heroes IAMX. Continuing in that direction, Westbam refueled the flame of Richard Butler, singer of legendary new wave band The Psychedelic Furs – and we can’t stop playing it since… Finally, Rotterdam artist Gees Voorhees, once referred to as ‘frosty euro vixen’ by DJ Mag, lends her hazy vocals to The Geist Line by Machinegewehr. Taken from The Unforgiven, the recent EP by Rotterdam’s multi-talented DJ, musician and painter on Electronic Emergencies, it is best described as a moody electro ballad.