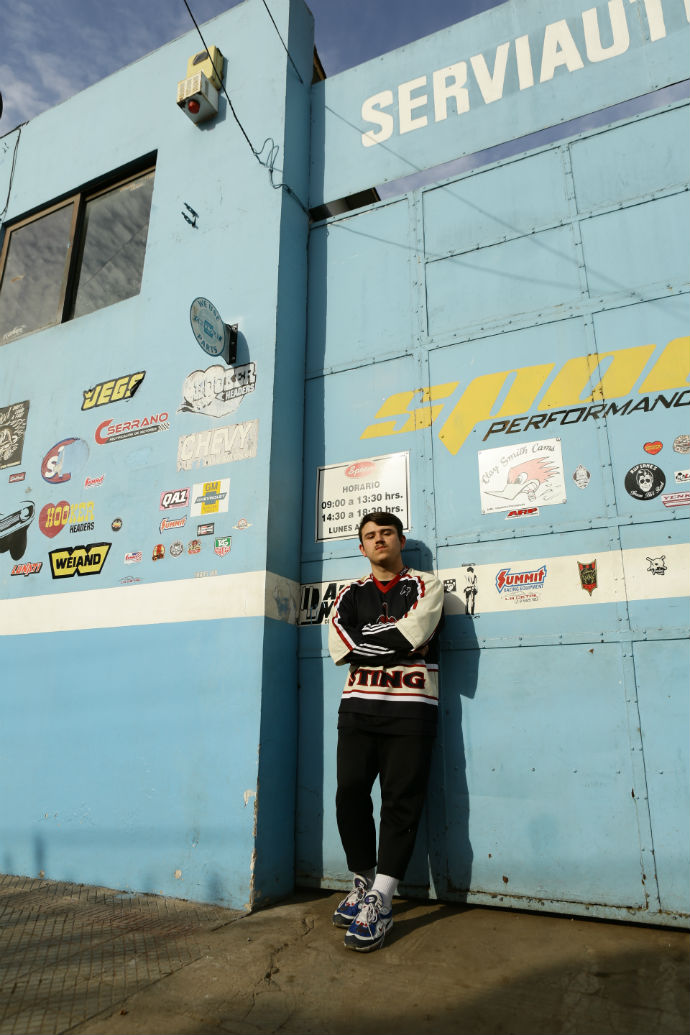 Martín PDI is the pseudonym of young Chilean artist Martín Peña Daiber. His close relationship to music started early through his interest in technology, especially with videogames, that kept him abstracted from the public space for a great part of his childhood. Amongst wires, screens and controllers Martín PDI absorbs the landscape of sound of consoles and links it to the violent narrative of videogames. In his adolescence he oriented his interests to hip-hop and Latin American music, generating an understanding of local sounds and the global influence of afro-descendent commercial music. To celebrate his debut release on Cazeria Cazador Records, Martin PDI has put together a mix of reggaeton and bass-driven beats.

“In this mix I wanted to gather my favorite producers from the local underground scene, which is kind of a cultural evolution from afro genres that where developed on Central America (Puerto Rico, República Dominica, etc) in commercial circumstances, that now are taking new forms and new meanings through the people who grew up with this type of rhythms, who are now the producers of these new scene. Also, I added some non-local artists that are a big influence for my music.”

Una Pelea Limpia (A clean fight) is Martin PDI’s debut EP, produced and released by Cazeria Cazador Records. His first EP proposes contemporary, synthetics and danceable sounds inspired by the roughness and violence of Latin American city life. The artist develops the notion of synesthesia: from sound experience, we are remitted to images of sharp steel knives, chains and customized cars. In this release, sampling finds a new signification: not only in musical language but as a conceptual tool that sampling cultural forms.