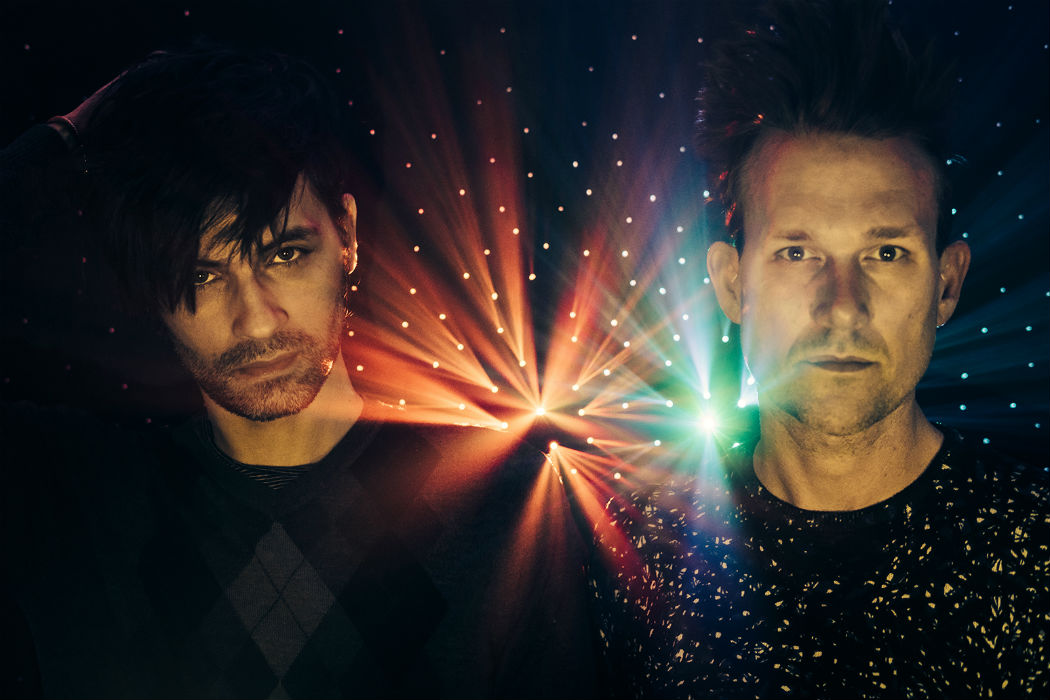 Inspired by sci-fi cinematic landscapes, Night Drive creates modern synth-pop that explores the darker currents of abstract emotion. Infectious melodies wrapped in thoughtful lyrics with pulsing dance beats unveil a stylish, energetic sound that has been featured in film, tv and radio around the world. With the release of their debut self-titled LP just around the corner, the Austin/Houston-based duo have a created a specially selected playlist for us to share. “Movie soundtracks are a big inspiration for our music.” Artists include Daft Punk, Giorgio Moroder, Mica Levi, John Carpenter and many more.

Tracklist
Moon / Clint Mansell
This soundtrack is great. Awesome to listen to while chilling at the house. It’s got great energy that flows through it, but with a weird melancholy vibe that allows you to drift and focus your thoughts elsewhere. Great to listen to while working.

The Hunger / Various Artists
It’s rare that a movie and soundtrack are equally appealing, but that’s definitely the case here. Beautiful music all around.

Midnight Express / Giorgio Moroder
Moroder is one of the electronic legends, and this soundtrack includes a very recognizable song for those insomniacs who stay up late and listen to Coast to Coast AM.

Dracula / Philip Glass
This soundtrack was composed for the 1931 silent film. When Philip Glass toured for this soundtrack the Kronos Quartet performed behind a thin screen upon which they projected the film, so that the audience could simultaneously watch the performance and film. Very cool idea.

Tron Legacy / Daft Punk
The movie was unfortunately “meh”, but we found ourselves going back to this soundtrack and listening to it much more than their proper album Random Access Memories, which made the bigger splash of the two.

Big Trouble in Little China / John Carpenter
There are honestly a dozen Carpenter movies that we could’ve put here, so many of them have solid soundtracks. But this particular movie incorporates a lot of pitch-bendy chords which, in hindsight, definitely had an influence on some of our musical and stylistic choices.

Lost in Translation / Various Artists
In our opinion, the soundtrack is what made this movie memorable. Great tracks by Kevin Shields, Squarepusher, Air, and others.

Under The Skin / Mica Levi
Beautiful and strange, eerie and otherworldly. The music engulfs you from the very beginning. I bought the soundtrack immediately afterward seeing the film. Both are so good.