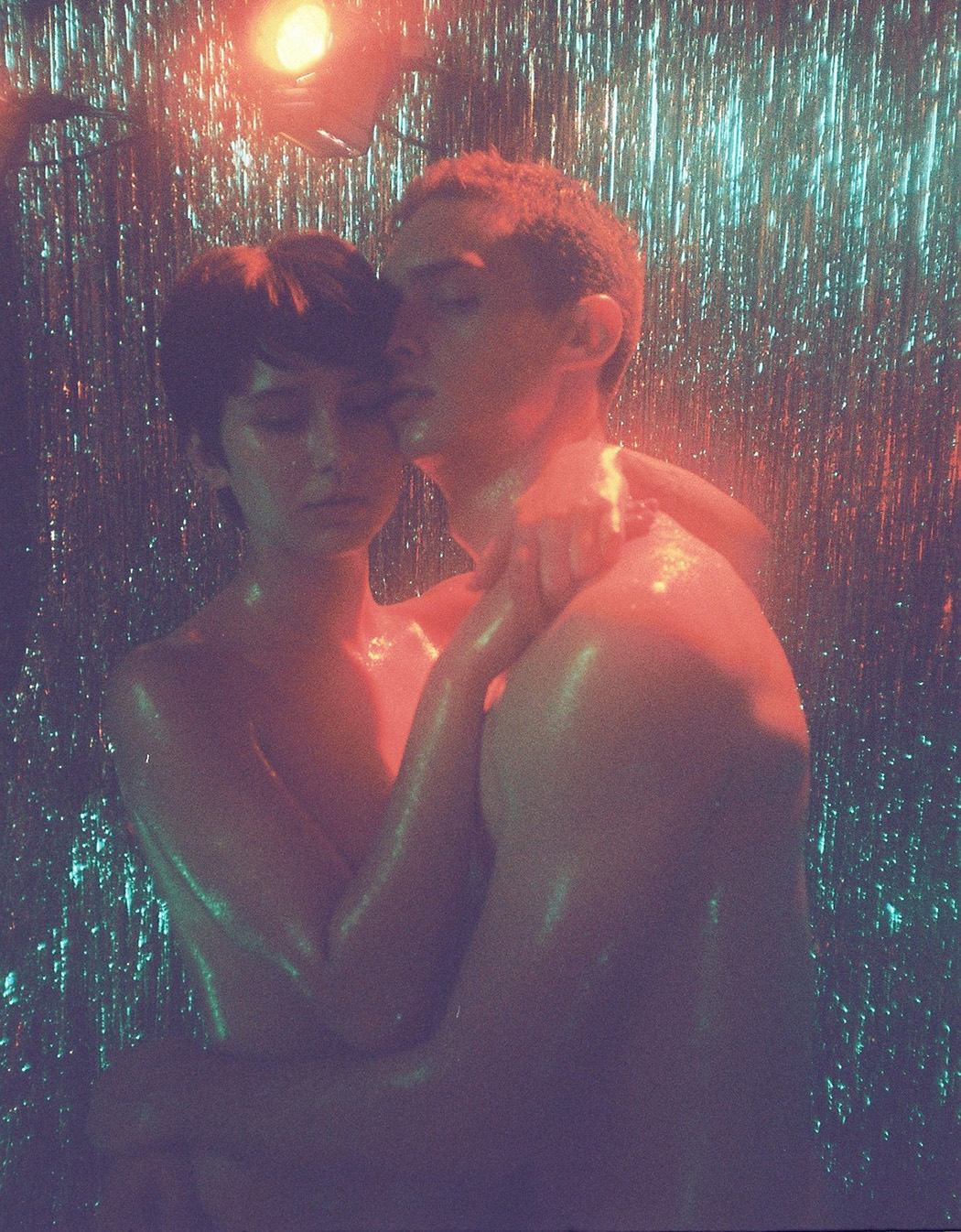 Fashion Film Premiere: BRING ME DOWN. By Alexan Sarikamichian

KALTBLUT presents: BRING ME DOWN. Written, Directed and Produced by Alexan Sarikamichian. Starring Chita and Mijael Slot. A melancholic young woman goes through a breakup. In order to drown her sorrows, she gets together with a group of friends who take her on a magical journey to relive her memories with her boyfriend, where she experiences the strongest feelings of a relationship.

“Chita’s a friend of mine, she’s spent two years living in London, studying and preparing for her debut. I was able to keep track of her journey and and I have enormous faith in her talent. She has an incredibly romantic and sexy voice, and I thought I had to make a video with a strong feminine point of view to get the meaning of the song across.

“The Virgin Suicides” was my big inspiration, it is oniric, but also modern and sexual. I felt the snake and the mouse was a good metaphor, and I wanted to work with natural environments, like the countryside, the forest and the sea as meeting points.” says Alexan Sarikamichian

Let’s talk about BRING ME DOWN as a starting point for you two to get together and make the video.

AKS: Chita starred on my first film as a director, “Chicos”, and we’ve remained friends since. We kept in touch while she studied in London, and while she was over there, before coming back to Argentina to record her album, she told me she wanted to do a music video for her debut. What I value most is our mutual respect and trust: she has always given me the opportunity to choose and decide over what we were going to do.

CHITA: Alexan and I had worked together before, and we were both pleased not only with the final result, but also with the working experience. We had a lot of fun together. A couple years went by, and I kept a close look over his evolution: every video he directed was better than the last. Not only that, but I also felt very identified with the aesthetics he chose, which to me is very important when it comes to working with other people.

I was in London, and knew I’d be back in Buenos Aires in a couple of months to stay for good, so I started putting my music project in motion as much as I could. The music video was an important part of it, as it’d be the first thing I’d put out there before the EP, and I wanted it to be very beautiful and classy. That’s why I got in touch with Alex.

What was the trigger for telling the story?

CHITA: The song lyrics trigger the conflict in the video: it’s about a couple’s stormy relationship; they fight constantly and that wears down the relationship, but at the same time they share this intense sexual connection that keeps them from ending it. With that in mind, plus all the ideas we exchanged along the way, Alexan told me what he’d came up with for a unifying thread for the rest of the story.

AKS: I knew Chita came to me because she liked my previous videos, so it was important to me that we kept that style. I thought of Chita as extremely sexual, I knew she had no insecurities about her body and that she could handle herself, so the clip had to have that mark. On the other hand, I wanted to find inside that something romantic and naive, that’s why we chose the pastel colours and the childish room decorations, being surrounded by melancholic friends doing “girly” stuff, those things take her on a trip down memory lane. The oniric part of the video was essential to establish the parallelism between what she imagines and what her relationship with him is, from the most sentimental to the most passionate aspect of it, and even the absurd and bizarre, like when the set becomes a sort of confessional where he asks for her forgiveness.

Where did you drew your aesthetic references?

AKS: The clip is divided into two: the main scene is inspired by “The Virgin Suicides”, the pastel colours, the pink, the girly room, the textures, the roses, I wanted to show something really vintage, romantic and melancholic. I also really like Petra Collins’ work. That scene is cut off by the dreamy trip where she meets with her boyfriend, so we drew inspiration from fashion editorials in order to put some distance between the two scenes, something more current and modern, with glitter, starburst effect, and coloured lights. We showed a lot of skin, vaseline and kitsch paraphernalia.

CHITA: All the references we took marked the aesthetic contrast between dream and reality. Almost every scene has a kitsch element, which was key in order not to be repetitive, like with “The Virgin Suicides” part, which is a very classic and well-known reference. We also used tons of glitter, not just on the skin, but also in objects and parts of the set, especially in the dream scenes.

What is the objective of the video and its distribution?

CHITA: The main objective of the music video is to show one of my songs for the first time, and to anticipate the EP’s coming out in mid February. But also, it’s the first time Alexan and I dive into the world of music videos. It was a great learning experience for the both of us and I got the chance to be more involved than usual, and having my hand in the process was very nice. I hope viewers enjoy watching it as much as we enjoyed making it.

AKS: This marks Chita’s debut as a singer, and I had never done a music video before. Even though all my videos have a soundtrack, I think this time, more than ever, the images are linked to the sound. To me, it’s a music video that combines aesthetics and film making and, though this was an independent project because all the people involved are our very talented friends, Chita helped with all the production and worked with me in every step of the process. Now, we want the video to be seen by a lot of viewers, and I think we can aim towards fashion and popular culture magazines, but, above all, music magazines.

Soundtrack “Bring me down” by Chita

Creative Directed and Produced by alexan.com.ar

Creative Directed and Produced by alexan.com.ar