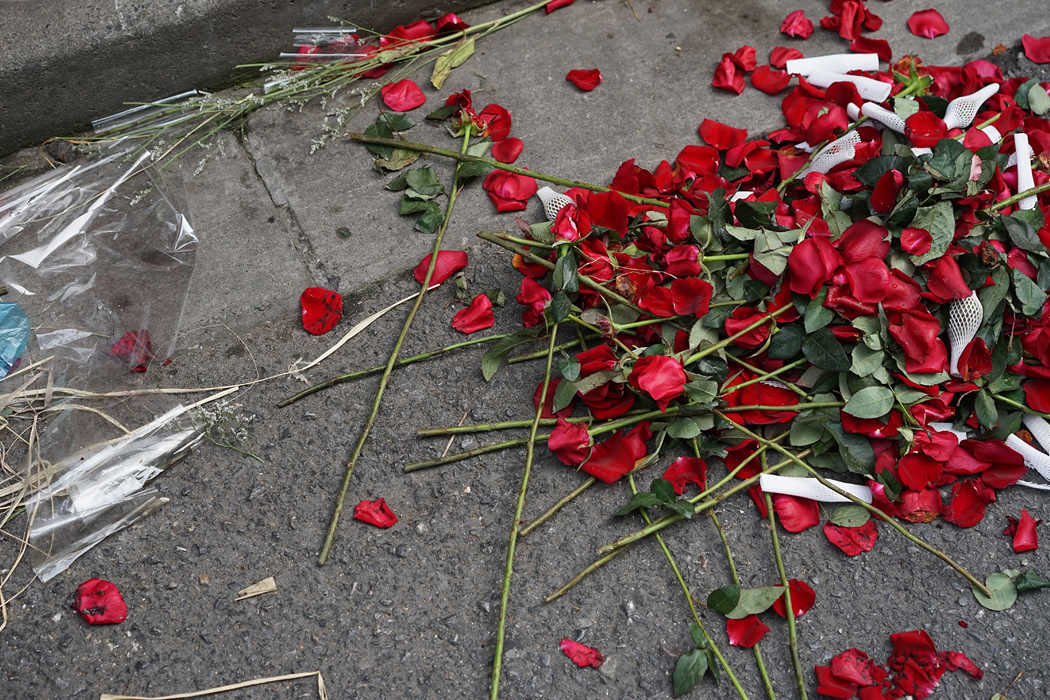 Nicklas Hultman is a Swedish Artist and Art Director based in Shanghai. Floriography is a project about the symbolic meaning of flowers. It evolved from a political discussion Nicklas participated in at the advertising agency he was working on in Sweden. There were all the opinions from ”all lives matter” to the “fear of the unknown”. So Nicklas started to think about how we communicate – is there a way that transcends borders, skin color, who you sleep with or your political point of view. Finally, Nicklas found the flower language. Floriography.

“The project started one year ago when I stumbled on a situation where everyone was totally in limbo and didn’t understand each other. I wondered if there was anything that could transcend boarders, religion and prejudice. If there was any language that didn’t care about the color of your skin or who you sleep with. I found the flower language. Almost all cultures have it and it dates a loooong way back. But it really took off during the Victorian Era (1819-1901).

It then developed into a language for people in love to communicate without anyone else to know about it. It was very common with love affairs and that was of course something you didn’t talk about in public. But you could always give or send someone flowers. Then the language developed in several different directions; different countries and culture have different symbolic meanings. But regardless of culture they have similarities. So I started to gather all the information I could find on blogs, books, forums and florists around the world. My project was first intended to be large scale images with a small folder of meanings. It has now grown into several images and a 164 page book.”

You can purchase Floriography, the book and also some images of the book right here.