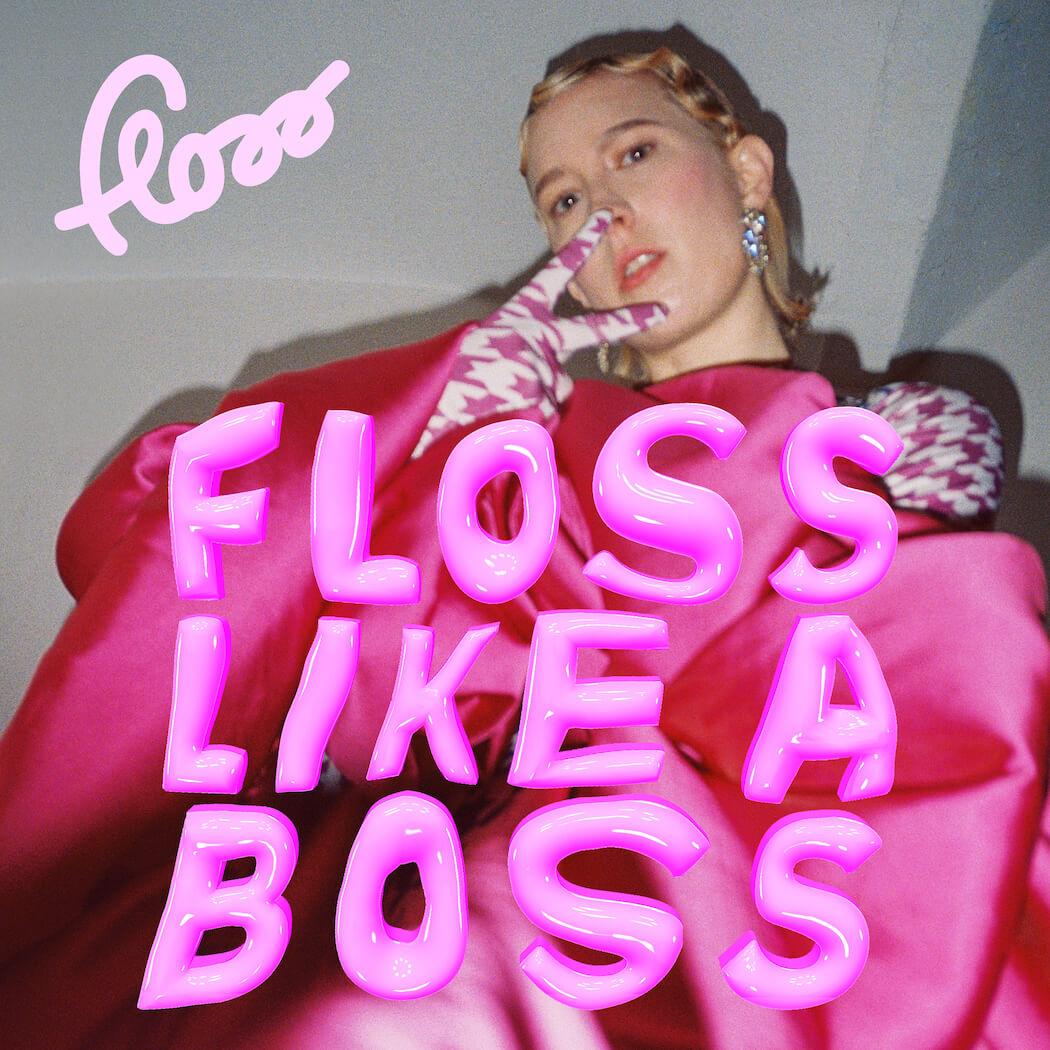 Fresh out of the oven: FLOSS – Floss Like a Boss

FLOSS unleashes her latest single and theme song “Floss Like A Boss”. An addictively tongue-in-cheek, faux-naïve, sugar-coated-yet-edgy take on bass-pumpin’ POP, “Floss Like A Boss” serves as first taste of the fashion-savvy singer’s upcoming debut EP, scheduled to come out this fall.

Sexy, bass-heavy and brimming with candy-bar namedrops, “Floss Like A Boss” sees the singer link classic sweet tooth vibes (think Lil Wayne’s “Lollipop”, Kelis) from the 00s with timeless 80s flavours. The result is a wild and fun girl power anthem about the eternal battle between sugar-coated (guilty) pleasures and their dental care nemesis.

At 28, FLOSS says she’s been in love with all things POP for as long as she can remember. One of Katy Perry’s earliest close MySpace pals from Europe, the US pop queen actually emphasized FLOSS’ incredible “eye for detail” at one point. However, before actually picking up a mic and a moniker, she made her mark in the world of fashion: earned a degree in Fashion Design, took the long route around the globe to get to Paris, knocked on Monsieur de Castelbajac’s door – her own personal “King of Fashion, Art, and Rock & Roll,” as she calls him. Thanks to JC/DC she soon got to know previous POP wizards such as Yazoo, Kraftwerk, Orchestral Manoeuvres in the Dark. Plus, of course, The Velvet Underground and Lou Reed. And then one day, after seeing one of FLOSS’s singular Insta posts, he told her: “You should be a performer.” He was right.

In Berlin, things eventually fell into place: FLOSS was born in 2019. Five letters – and endless ways to get creative. She’d finally discovered an outlet to channel all those countless inspirations – ranging from “Gwen Stefani, Peaches, and Katy (Perry)” to “Uffie, Robyn, Eurythmics, Madonna’s American Life, Agar Agar” –, and to up the ante with even more bass, more colour, more oomph. According to the singer, FLOSS is essentially a platform and a hub – to finally “live out all aspects of POP”. Songwriting, videos, live performances, visuals, show-stopping looks, the whole nine. “I guess the songwriting process is not so much different from coming up with a new collection,” muses the singer, who’d never been inside a studio before last fall. “It all starts with a concept, and then I come up with a mood board. I dig out more references, samples, and words that work well together… it’s like digging out fabrics you want to combine for a piece. And I think it’s important to not take myself too seriously; I always make sure to keep things a bit tongue-in-cheek,” adds FLOSS, who also promotes gender equality with @curatedbyGIRLS and speaks up for Organ Donation with Junge Helden e.V.