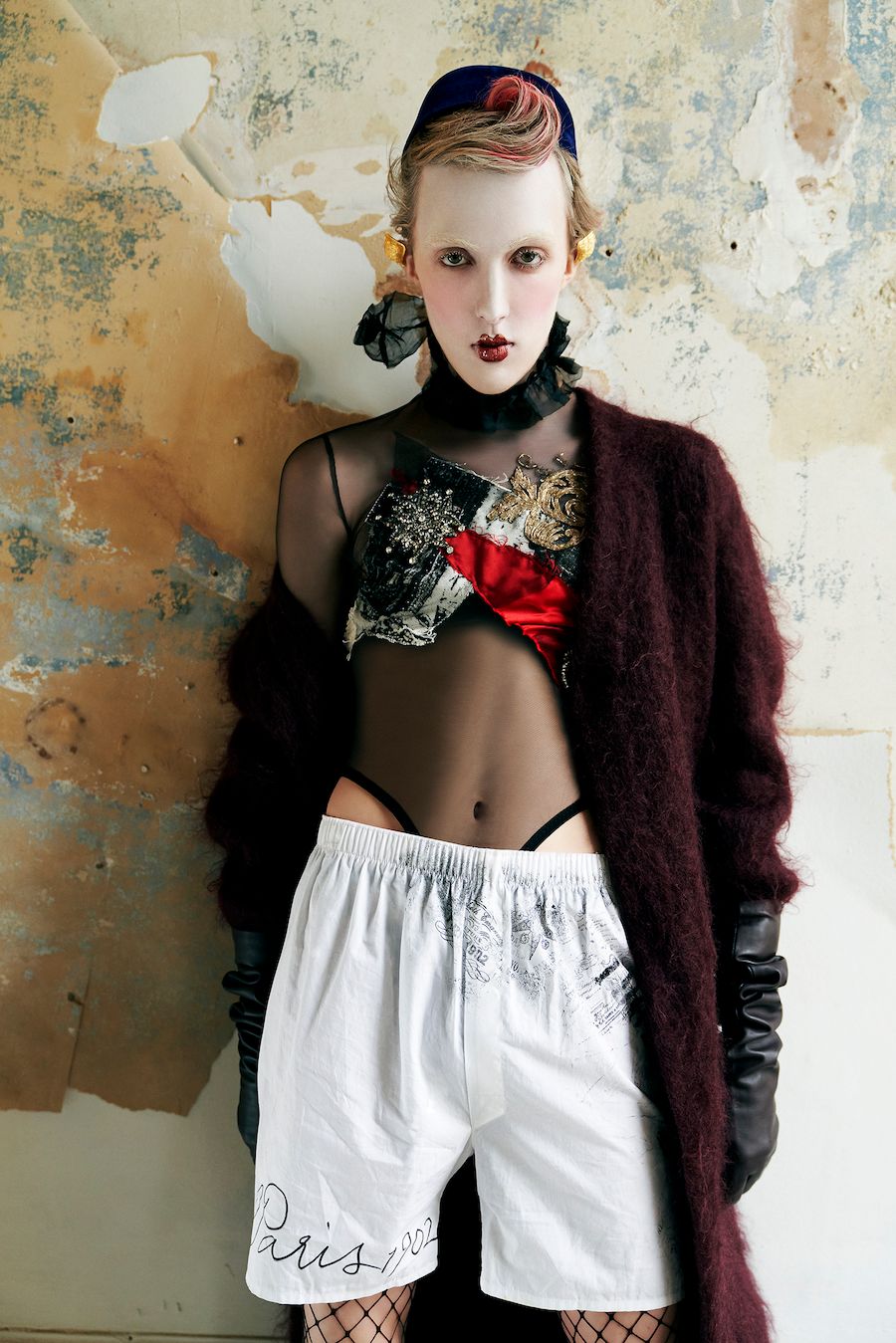 A KALTBLUT exclusive. Photography and art direction by Diana Gomez. Model is Gartruche at Idal. Styling by Trinity Tristan. Make up by Bethany Perry.

Born and raised in Caracas, Venezuela and developing her visual career in London for the last 17 years, Diana had the great fortune of growing up surrounded by colour and nature in a big developing city.

From an early age she studied in a musical school, and her passion for people and the arts made her enrolled in a photography degree when she was a teenager . Influenced by great filmmakers and her love for humanity, people, nature, music and narratives, Diana’s beautifully lit and colourful images capture a sense of optimism, power and beauty that portrays her sitters in a confident and engaging way.

She has worked as a creative and content and events producer for brands such as Cash & Rocket, Black Cow Vodka, Rum La Hechicera, The Bulgari Hotel, Blakes Hotel, bespoke musical instruments Blast Cult, amongst others.

She has appeared on several episodes of Britain’s Next Top Model, has starred in videos for British Airways, travelled with her exhibition FREE WOMEN to Ibiza, Miami Art Basel, Los Angeles and London raising money and awareness for different charities that help women and children’s education, has created some of the most fantastic events for different brands and clients, and is part of the exciting London and LA creative scene.

Her philanthropic work includes contributions to books such as Radical Beauty exploring beauty and Down Syndrome, organisations such as The United Nations, Teenage Cancer Trust, The Art of Elysium, amongst others.

Diana lives between the UK and the US, and works internationally.