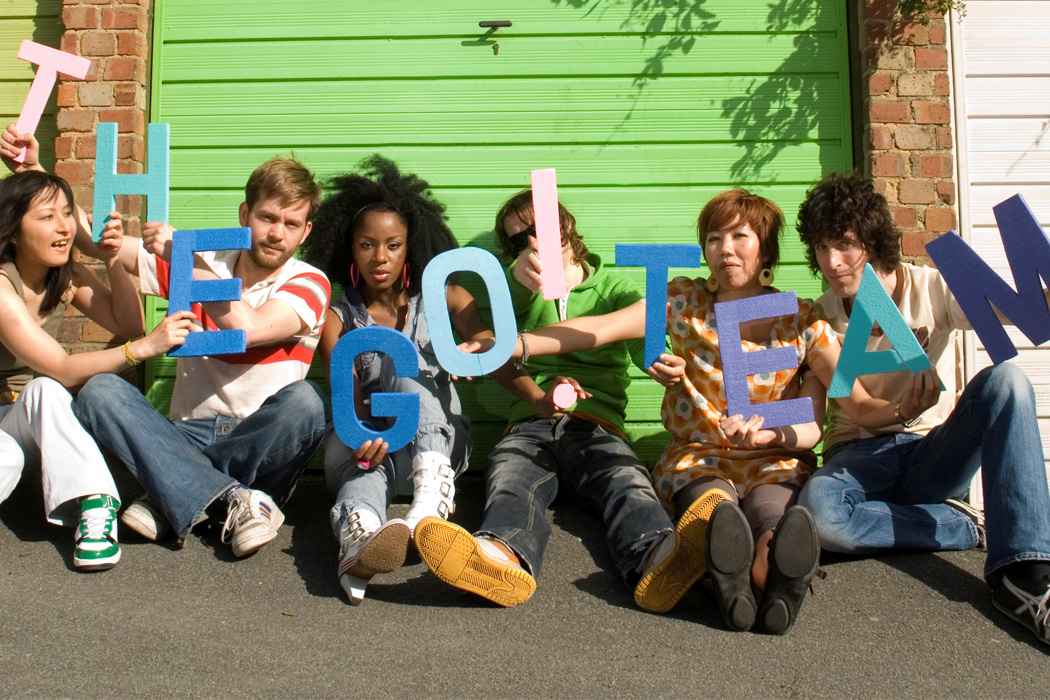 “What D’You Say?” is the second video straight from The Go! Team’s new album, “The Scene Between”. Coming out on March 27th through Memphis Industries, the bedroom-pop project’s fourth album is a bubble of pure summery joy. The video is a follow up to their trippy, pagan-cult-choir-ritual-looking visuals for “The Scene Between”, released earlier this year.

The energetic Brighton-based band are no strangers when it comes to insanely up-beat songs, and this is by far the best way to start your Monday! If you can decipher the description of their latest album then I’m instantly impressed:

“Lasers through tracing paper, orange tone oscillations, cable access hangover, a K-tel dream sequence, a haunted vision mixer, station wagon-core, straight to video, something in the fog, fluff on the needle, chromakey constellations, a hovercraft on the fret board, faxing a car alarm, a Morse code pep talk, etch a sketch jacknife, a daily Haley’s comet, light sound colour motion, a holiday from yourself, Ceefax taking Oracle, second sight summer camp, 360 degree tunnel vision, Chinese whispers by post, the opposite of hula hooping, the geometry of ideas, a teleprompter for your dreams, carry the ten, pathways in patchwork.”

Listen to a couple of tracks from The Go! Team’s new album below