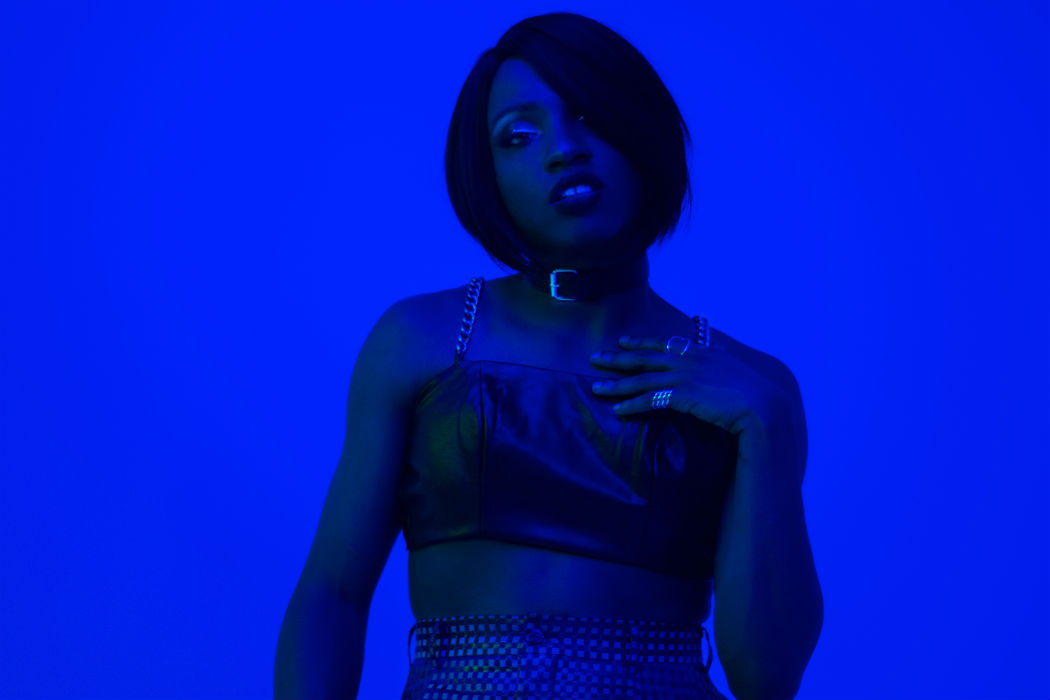 Getting personal with NYC’s underground and bustling rapper QUAY DASH

After a magnetic performance at this year’s Bread & Butter and following that at Berghain’s side venue, Säule, KALTBLUT couldn’t wait to hear more what self-proclaimed “Queen of NY” had to say. Although only 25, Quay Dash has an unshakable confidence when it comes to putting out bars and bringing her rap persona on stage. From fans all over the world to homemade music videos and a latest EP, Transphobic, we sat over an interview with the NYC rapper to discover what makes her such a cutting-edge rising independent artist.

KALTBLUT: You performed at Säule at one of the most legendary clubs in the world, Berghain. How did it feel to be part of such venue?
Quay Dash: Felt good to be headlining a legendary venue in Berlin, Germany. I’m so honored to have performed at that event and very appreciative of the fans and supporters who came out to see me perform songs from the E.P. Transphobic as well as a little taste of my next EP coming soon. Performing in Berlin is nice! Everyone seemed to enjoy me and wanted more I thank everyone in Germany for having me. Definitely a different atmosphere than being at home, but I enjoyed it.

KALTBLUT: Besides New York, you seem to have fans coming from all over the world, especially Brazilians. What do you think draws people to your music?
Quay Dash: I think my confidence definitely draws people to my music as well as my beauty. You can be a femme rapper who has bars, but it’s kinda wack when she ain’t really confident and unattractive.

KALTBLUT: I watched your music videos and really enjoyed the style, especially your hairstyles and the clothes you wear. How was the process of producing some of these videos?
Quay Dash: Thank you! The music videos usually come about as me and friend/videographer Serena Jara sit down and talk about my vision. I like to give her full on details on how I’d like to be shot for the videos and we just bring it all to life. It can take days or weeks but we usually come through and give it our best. As far as cameos, style and things like that goes – I choose what and who I’d like to be in my video.

KALTBLUT: Your latest EP, Transphobic has been described by Thump as a “response to the barrage of verbal abuse, catcalling, harassment, psychic, and physical violence that’s a daily threat against her.” In your experience, where do you feel a lot of the transmisogyny comes from? Is it directed for example mostly from men on the street, or does it also happen let’s say in more intimate settings, like a party or studio? Is it from men and women equally?
Quay Dash: Transmisogyny comes from ignorance. It happens everywhere not in just specific places and yes both men and women are equally transphobic.

KALTBLUT: Since the release of Transphobic, do you feel a difference in the way people treat you?
Quay Dash: I feel like a lot of people are a bit intimidated not just from the release but my success in general and it’s okay. I want to keep that level of intimidation high as possible. It shows me I’m doing something and I’m doing it right.

KALTBLUT: I found one of your sets on Discwoman on Soundcloud. Do you DJ a lot? Does that have an influence when it comes to writing songs and rap music?
Quay Dash: I do when I can. My main focus is making music. Djing is something I do as a hobby – I’ve got a wide taste in music and it’s just fun to make a mix every now and then.

KALTBLUT: Have you felt supported by the artistic community especially in regard to other female MCs?
Quay Dash: I have been supported but I feel since people are focused on gender so much (negatively) it’s hard for those female Mc’s to try to even give it an ear.

Transphobic is out now via Perth Records