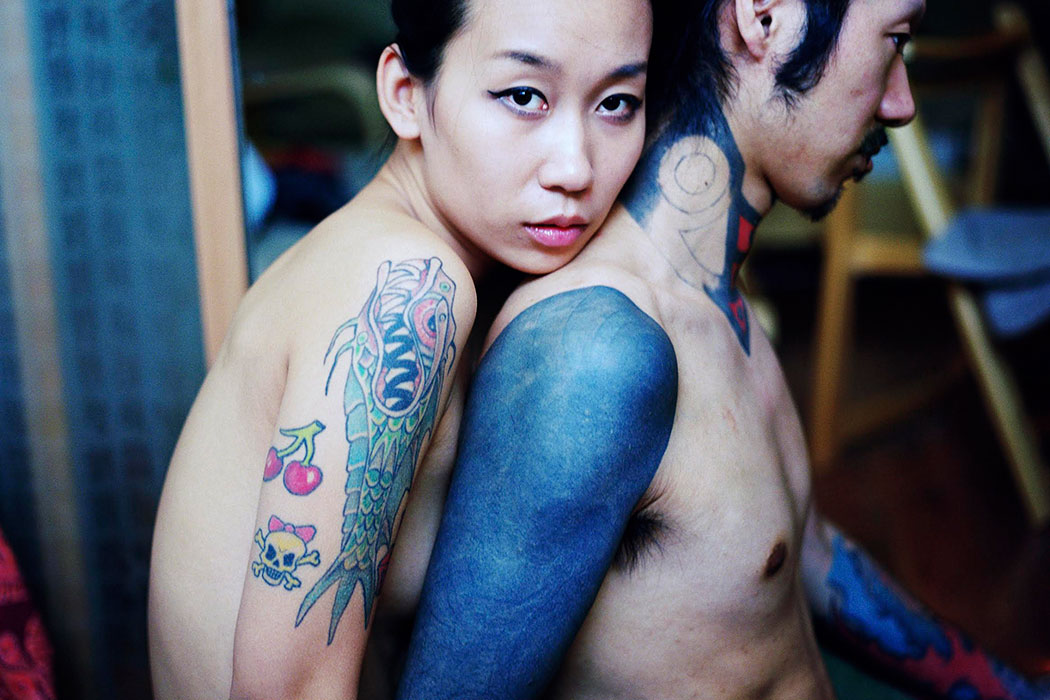 GIRLS by Luo Yang – An Interview

By Marianne Jacquet. Luo Yang is a promising young photographer from Beijing living and working in Shanghai. Acclaimed by our local super nova Ai Wei Wei as a ” Rising Star ”  she is presenting today “GIRLS ” an intimate and empowering exhibition at the pop up gallery MO INDUSTRIES in Mitte. Get closer to a sensual and subversive face of China’s female youth with her still life portrait serial at the crossroad of emancipation and cultural in heritage. Opening tonight at 7pm in Rosa-Luxemburg Strasse 16, 10178 Berlin.

KB: How did you start taking picture?
Luo Yang: I started photographing when I was in university in 2007. I have been interested in film images since I was a little kid. My university friends had cameras and I just used them to take pictures of those interesting things around me, later I started to shoot the life of those girls who were around me.

I consider sexy to be healthy and fearless.

KB: What was the reaction to your work in China?
Luo Yang: Lots of young people like my artwork, especially girls. I think it’s because the images I took are very close to their real life.

KB: How do you get to these « caught up » moments of intimacy on film?
Luo Yang: I walk into their life and shoot the moment naturally. First, I need to make them feel comfortable in front of my camera and make them show me their life in an authentic way. We chitchat and I get to understand them and their life better. It also makes my own world bigger and wider.
KB: Do you spend a lot of time with each of your model?
Luo Yang: Not really, lots of my photos were taken by pressing the shutter when I first met them.
KB: How do you meet your model or may I say character?
Luo Yang: They are all normal people, some of them are my friends, some of them are friends of my friends, also some strangers I got to know on the internet.
KB: There is a narrative  aspect in your photograph an invitation to imagine the scene, are you interested in having your work in motion like video or film?
Luo Yang: I like movies very much and would like to extend my field into video and film.

KB: What would be the soundtrack of your exhibition GIRLS?
Luo Yang: It would be mysterious, abstract, and music which tells stories.
KB: We are leaving in a time where iconography has never been so powerful, what would you allowed your picture to become or not become?
Luo Yang: Things can’t always be controlled, I just took the pictures of these girls and recorded their real life, and this means a lot already.

“Luo Yang’s GIRLS belong to a part of contemporary China that is rarely taken note of in the West. Her portraits depict an emerging Chinese subculture that defies imposed expectations and stereotypes – GIRLS are bad-assed and self-aware, yet insecure, vulnerable and torn, with a supreme sense of cool. Beijing-based artist Luo Yang photographs the girls around her, attempting to grasp an understanding of their lives as well as her own. Although different, they share the same ambivalent emotions, confusions and concerns. It is in that connection that Luo finds the strength and fragility of her subject. Her images are bold and up-front, intimate and sensitive at the same time. They explore the themes of youth and femininity, while challenging traditional beliefs about women in Chinese society. As such, Luo’s GIRLS reflect a view on life in China that both celebrates and defies its reality.

Luo Yang, born 1984 in Liaoning, China, is a freelance photographer living and working in Beijing & Shanghai. In 2012, Ai Weiwei designated her one of the “rising stars of Chinese photography” (New Statesman). She has had exhibitions all over China and participated in major shows in Europe, amongst them Ai Weiwei’s “FUCK OFF 2” at the Groninger Museum, Netherlands, in 2013. In her work, highly staged portraits and carefully constructed poses alternate with a raw, blurred snapshot-aesthetic. An exhibition brought to you by MO-Industries, a POP-UP gallery project staging cultural exchange between Asia and Germany.”