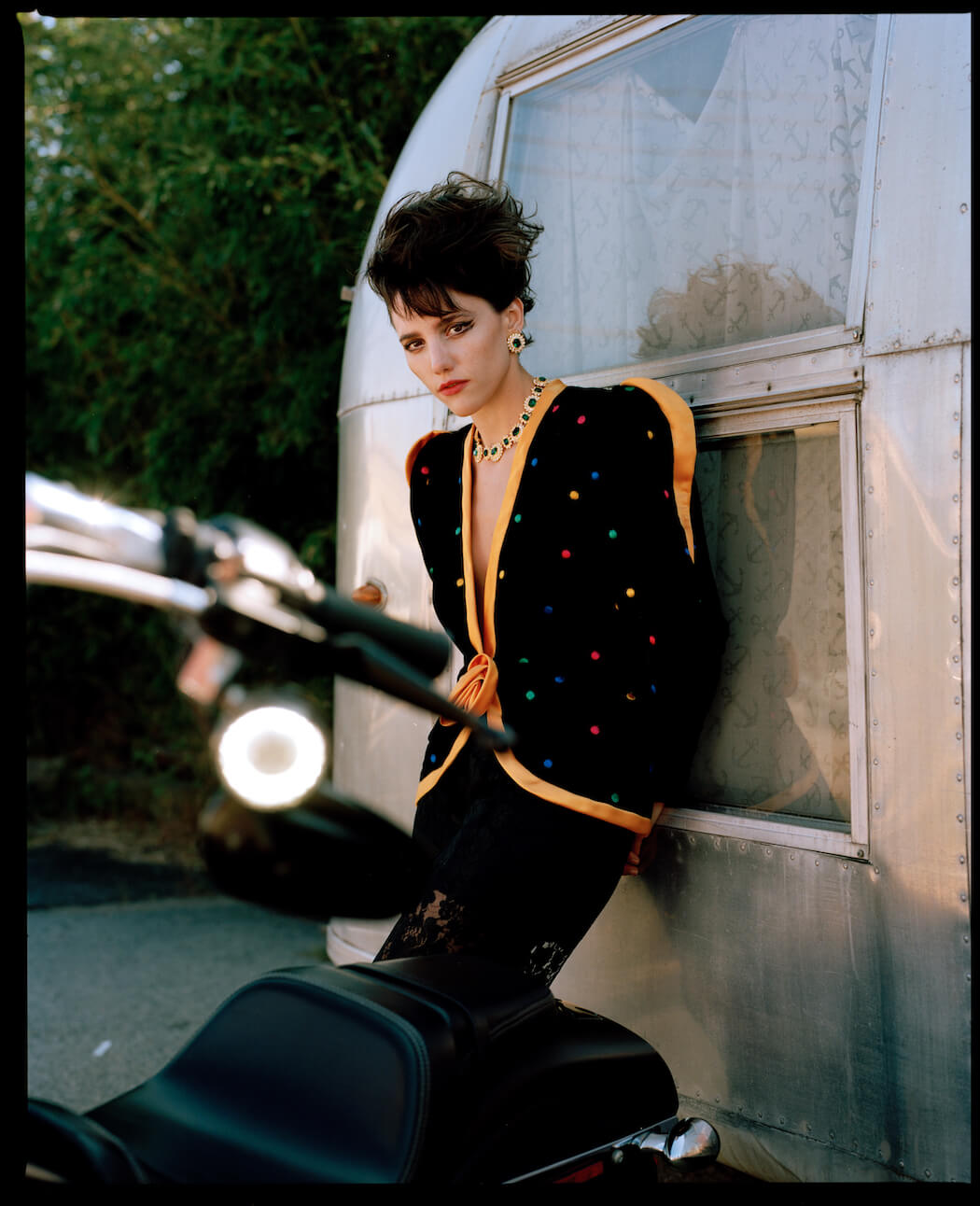 Olga Ush is a New York City based fashion photographer originally from Moscow, Russia. Olga received BFA from NYU Tisch School of the Arts in Photography and Imaging in May 2018. She has since contributed to a list of magazines, such as L’Officiel Ukraine, Tatler Russia and Cap 74024.

Born in Russia, fashion stylist Stefania Chekalina moved to New York in 2014. After beginning her career working as Anya Ziourova’s (fashion director of Vogue Hong Kong), first assistant for 2 years, from 2016 to 2018, Stefania went on to work as a freelance stylist and creative consultant. She has since contributed to a list of respected publications including Vogue Italia, Vogue Ukraine, Wonderland, Visionary, Cap 74024, Nylon USA, Lofficiel Ukraine, Tatler Russia.

She has worked with advertising clients such as Forms Studio, Fakoshima eyewear, Caroline Holzhuber, Metropolitan eyewear, Leggs, Naersi. Olga and Stefaniya often work as a duo.