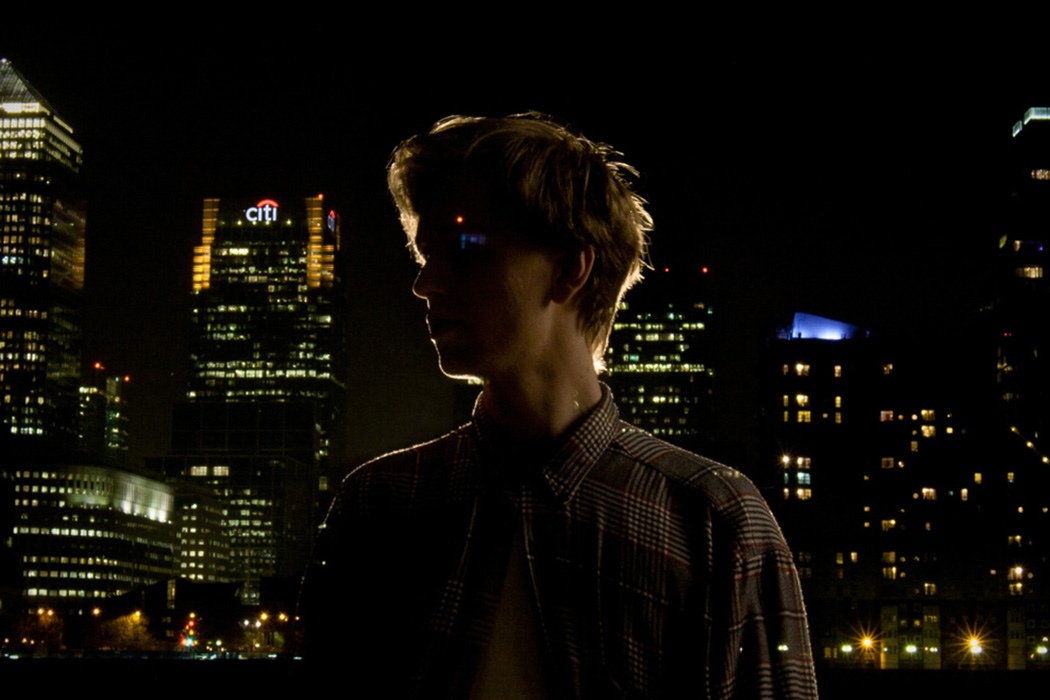 An album about love and resistance, ‘Dream A Garden’ is Jack Latham’s (AKA Jam City) eagerly awaited follow up to his debut album, ‘Classical Curves’ from 2012. Part of the influential second-family record label, Night Slugs, we’ve only had the chance to listen to snippets of Jack’s work from time to time through his Earthly mixes. We had a moment to talk to Jack about everyday life under the regime, working with childhood friends and his hopes for the future.

KALTBLUT: Do you know you’re quite a hard person to find any information on?

Jam City: Did you miss that stuff about me? Did you not read about it? I’m just joking. I mean I have my private life and there’s my public life. I try to keep it separate. The fewer things that Google knows, the better. It’s dangerous isn’t it. So many peoples emails are being read, you gotta be careful out there! Every single thing you do with a piece of technology ends up being monitored, creating this entire content of information about you. You know, If I want to listen to some music on my phone, the first thing I’m confronted with is “Would you like to buy this? Can we suggest some music for you to buy?” it’s just like, no. I’d just like to listen to this one song right now. It’s really invasive. 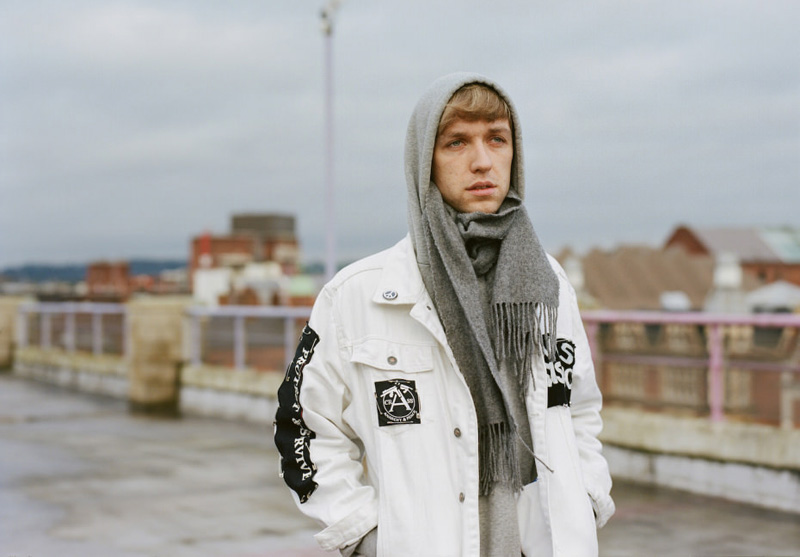 KALTBLUT: How is it with Night Slugs? Do you get to work with anyone else on the label?

Jam City: Yeah, me and Alex (Bok Bok) mix down all our records together, he helps me engineer them. There’s always, with Fade to Mind as well, connections and you know, even though they’re across on the other side of the world in LA, our paths are always crossing and hopefully there will be more time in the future for collaborations and stuff like that. And you know, their outlook, well Night Slug’s outlook, Alex’s, Kingdom’s, Nguzunguzu’s, their way of kind of understanding music, the textures, bass, that’s always been hugely educational to me. So it’s like I never studied music, but I feel like I got my musical education from that and being around those people and sharing songs with each other, sharing feedback. So I definitely rely on them for a lot. I mean I taught myself everything, I technically never had any formal education in music, then you can just try and learn the technical stuff. But just having people around you who you can talk to even over email, and they can give you their input. I feel like I learnt about tension and dynamics, and kind of like accessibility, like how to not waste time with music. How to be vague. How to communicate with music. Like I learnt musical communication that you can apply to anything, sort of whatever music you find yourself making. I feel like I always carry their influence with me, that’s cool though. I mean Alex and I definitely rely on being honest with each other, and just like give honest opinions and constructive criticism and feedback. I’m really lucky to have that in my musical life, definitely 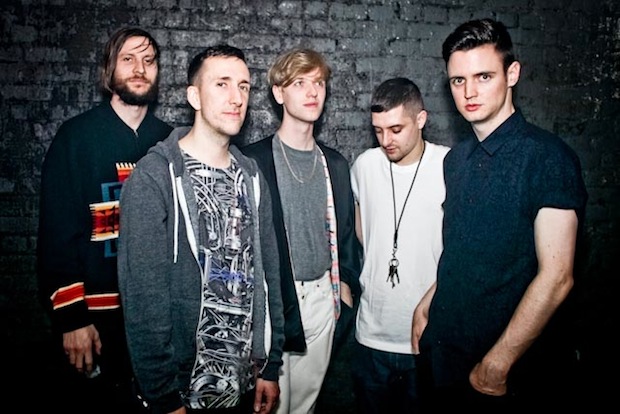 KALTBLUT: Do you feel much pressure working with such a critically acclaimed label?

Jam City: I’ve known Night Slugs since I was a teenager really. Before Night Slugs was Night Slugs we were all friends, Fade to Mind as well and Kingdom we go back a little bit. So when people started making music and putting it out on the label, more people heard about it, it felt like everyone was kind of part of that process and everyone was willing each other on. So there’s not really been any pressure at all, there’s no plan. We just try and make good music and put 100% of ourselves into it and see what happens.

KALTBLUT: You’ve been doing a few series of ‘Earthly’ mixes, what made you decide to do these instead of an album?

Jam City: Well time and other commitments dictate how much you can do something. I mean I’m always trying to make music, but the process of actually getting it out there is longer than you think. I always thought that series of mixes was quite regular, but there is also a huge demand for people to have full albums. But you can’t rush things, you can’t rush music at all. It’s often something Alex and I talk about, that we live in a culture where an incredible amount of pressure is put on us to get it out there as soon as possible. And whilst I believe in that energy, like, we’re pretty DIY when it comes to doing things. You know, get it done, get it out there, done. But you know it takes time, and it’s important as well to really focus on something the way you really want to do it, and not give in to this time frame and succumb to the pressures, like people in non artistic positions; managers, people who run websites or agents, whatever. You have to really put in the work and take your time doing it and make sure its right.

KALTBLUT: Would you say the new album, ‘Dream A Garden’, is a big change from the last album? Or is it more of a continuation?

Jam City: I think it would sound to a lot of people that it’s different, but in my mind it’s the next step you know. It was made by the same sounds of ‘Classical Curves’, but it has more of my instrument playing, I play guitar and sing, but I think the process of getting it together was really natural. And I always said when I first gave it to the first rough finished state to Alex, he was just like “Of course this is what the next record sounds like!”. There was no like “This is a bit a different”, he understood it immediately. That’s what’s really cool, everyone who knows me and who I’ve always shared music with has been completely receptive to it straight away. They could hear the beginnings of it. You can kind of predict things sometimes when you know about someone, and their influences. You know maybe in the seeds of this one you can hear the next record as well.

KALTBLUT: The new album is said to be “full of modern pop songs”, would you say that’s right?

Jam City: Do you think that’s a misnomer? I think there’s a lot of talk in music of this awful type of nostalgia where people just can’t get over the 80s. And it’s kind of sad in a way, it’s really stuck in the past. And then the other end of the spectrum you have people who are obsessed with the idea of the future, like “What is the future music sound? What is this sound we haven’t heard yet?”. It’s just like well, my favourite music is about the present. You can’t predict. So that’s the kind of idea behind it. They’re modern songs, they’re songs of now. I play my guitar a lot on this album, it means a lot to me. It’s a really expressive instrument. There’s kind of so many ways you can bend it to say something and for me there are certain guitar players that I really like. I love Viv Albertine and I love her guitar playing and how expressive she is, even though she uses few notes. It’s an easy instrument to get it to say what you want. It has a direct connection to saying something emotionally.

KALTBLUT: What was the idea for the ‘Unhappy’ video?

Jam City: The director came over and we wanted to try and sort of represent what it kind of feels like to live in our experience, the UK at the moment in terms of the whole environment is completely saturated with advertising and these ideals of money and war and aggression and fear. It can all be quite claustrophobic in a way. We kind of wanted to say, “Look at this, are we really the ones to tear it down?” because this culture that we live in it can all feel really alienating at times. The divide between the rich and the poor is just absurd, and to have sort of all of these ideals shoved down your throat. To buy more, to be told how to have a certain lifestyle and be in a certain culture where policemen have M16s walking down the street. It’s frightening! It’s suffocating at times. It’s kind of hard not to talk about it and not connect with other people by showing them on the screen.

KALTBLUT: So the slogan at the end of the video “Stop being afraid, another world is possible” is your way of relating to how people must feel at the moment?

Jam City: Yeah I mean that’s the idea, I think we have to remain realistic but also hopeful. There’s that saying, “Pessimism of the intellect, optimism of the will” that I think supports that idea quite well. Things are going quite bad at the moment but at the same time perhaps something better is possible. Perhaps something more sensitive and more loving is possible and we don’t need to be beaten down and afraid to want that. I think it can often feel like at the moment the world is really bad, but that’s just how it is. And I think that it can be difficult sometimes to try and think of an alternative and I don’t know what that alternative might be, I’m just saying you can still dream of an alternative, you know? You can still imagine something better, you don’t have to be scared of thinking that. You don’t have to be scared of going up against what seems like complete reality. You shouldn’t be afraid of voicing your opposition, you know, of mainstream culture we find so oppressive. We don’t have to fight with such aggression. We can fight with questioning. I’m still optimistic. If I wasn’t optimistic I’d be despairing!

KALTBLUT: What are you looking forward to in the next few months?

Free Shipping on our ROUGH IT UP Print Issue

Jam City: I’m going to be touring mainly the UK and Europe, then a bit further later on in the year. Can’t wait to be performing live and performing my songs for people. In London we have a party where we are going to be linking all the stuff we’ve been doing over the years. There’ll be a lot of slow, dreamy music but played really loudly through on a really good sound system. That’s going to be at Corsica Studios in London. After that there’s a lot of touring and I’ll be coming to a city near you! 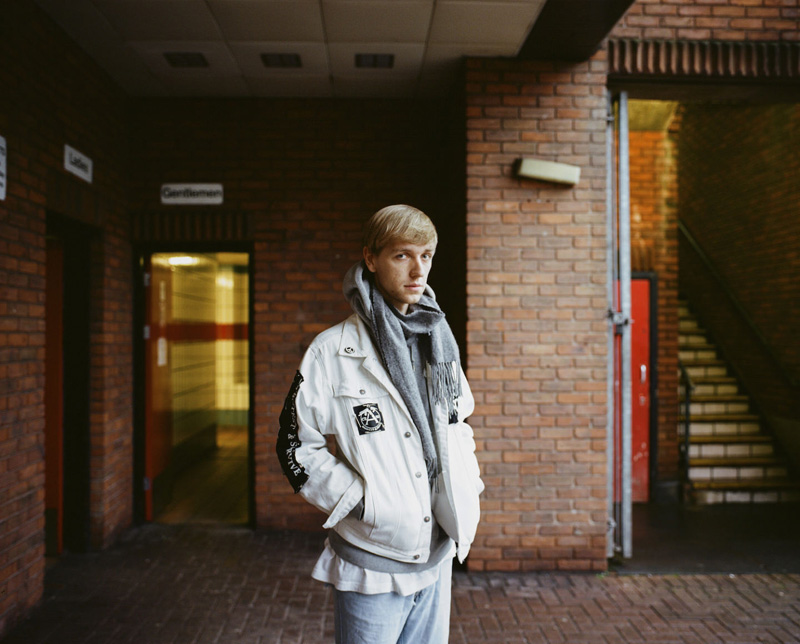 KALTBLUT: In your years of music production, what would be the most valuable lesson you’ve learnt?

Jam City: God, I’ve learnt everything really. Probably just to really listen, and it’s something that I’m still learning. I haven’t got it down yet, it’s an on going project. Yeah, just like learning how to honestly really listen, and take that approach outside of music as well; to other people, how they express themselves and what’s going on with them. I often think about that, it’s quite abstract. To listen is the key to everything really. I think that doing music production you really train your ears and your mind to zero in on small details whilst keeping focus on the larger picture. I think that’s good as a life philosophy really.

‘Dream A Garden’ will be released through Night Slugs, March 23rd. 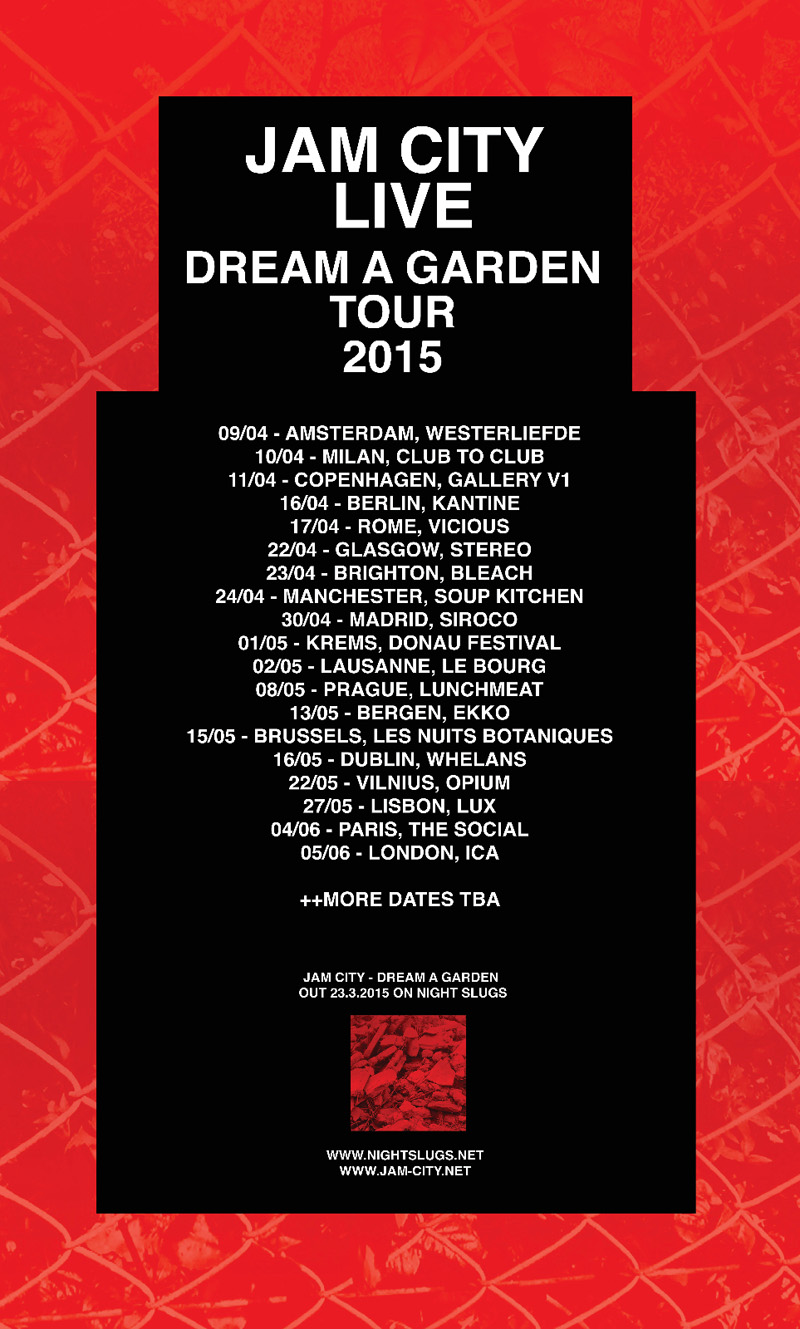