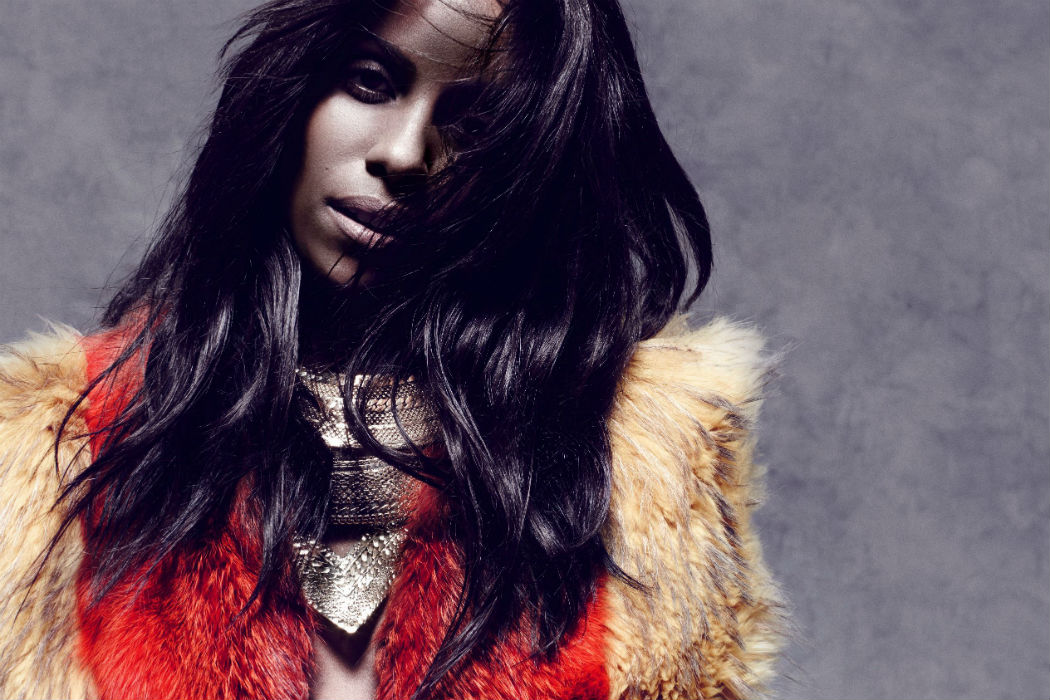 Gritty & Harmonic: An Interview with Adiam

Eritrean-Swedish singer and songwriter Adiam ingeniously mixes rugged post-punk and hip-hop attitude, electronic radiance, intelligent pop songwriting and distinctively soulful R&B vocals to a unique musical amalgam of equally subversive and seductive authority. Her charismatic gritty-cool voice mixed with memorable harmonies and often deeply personal, dark lyrics create an unpredictable and unrivaled signature sound. We spoke to Adiam recently about her experiences within the music world and what has driven her into creating a sound that simply can’t be labeled.

KALTBLUT: Could you tell us a little about your upbringing in Stockholm and how you ended up moving over to Berlin?
Adiam: I moved from Stockholm to Berlin about three years ago. I call both cities home now. Berlin is a very open-minded and relaxed place, and at the time I just needed a creative break from Stockholm. Stockholm is still my favorite place in the world. My parents, my four sisters and all my friends are in Stockholm and Uppsala, where I was born.

KALTBLUT: Is music in your blood?
Adiam: None of my parents actually played any instruments but my father had the most amazing and super eclectic vinyl collection that I literally grew up on. He’s a very musical person. In his record collection I could find everything from Sam Cooke, Bruce Springsteen, and Lee Perry to Donna Summer, Boney M and Simon & Garfunkel. Apart from that me and my older sister started singing in the local church choir already at the age of four.

KALTBLUT: There’s been some hype recently about you bringing this new “genreless” music into the world, why do you think it’s so hard for people to pinpoint your sound?
Adiam: Well, I don’t know. I think there are a lot different musical influences that come into play in my music. I usually describe my music to someone who hasn’t hear it as dark pop. Lyrically it’s oftentimes pretty harsh. At the same time the music is also very uplifting. I love these type of contradictions. Soundwise it is indeed a mixture of organic and electronic sounds. It’s equally gritty and harmonic.

KALTBLUT: What was it like working with Blu on ‘Runaway’? And then have Exile do a rework just recently?
Adiam: I have been a fan of Blu’s raw and gritty flow since his debut album Below the Heavens. His latest collaboration with Madlib and MED for Bad Neighbor is also amazing. My manager eventually got in touch with Exile and Blu for the remix.

KALTBLUT: Do you have the perfect location to write music in, or does it not matter where you are?
Adiam: No, not really. It’s all about the chemistry between me and the people I’m working with. It could be anywhere as long as the energy is right.

KALTBLUT: How are you when it comes to creating a new song, is it lyrics first or an early sound?
Adiam: I like to start working with a beat. Then usually the melody and chorus come quiet naturally and from there on the lyrics follow. Sometimes however it’s also the other way around. I have parts of the lyrics already in my mind. Maybe just a phrase and then the rest follows.

KALTBLUT: Does ‘Quiet Desperation’ relate to personal experience(s)?
Adiam: Yes and no. Generally all of my songs are about the realities of very basic but complex emotions like love and hate, promise and despair. Feelings we all know very well but are often afraid to really express. For me the process of song-writing is however basically some sort of story-telling. Each song is a story that’s based on real-life experiences and emotions. Things I have witnessed in one way or another. So they are very personal to me. At the same time they are metaphorical. They are not to be understood literally. They are all open for individual interpretation.

KALTBLUT: I like that your “mood videos” aren’t hugely flashy and reflect the song perfectly, often in a raw and natural environment. Do they purposely overlap and show a continuous story?
Adiam: Yes, they do. We originally shot 7 super short music video teasers for my album ranging from 20 to 120 sec each. From these teasers we then created the so called “Mood Videos“ for my singles, that transport the overall atmosphere and mood, but were not intended as real music-videos. In those “Mood Videos“ we played a lot with repeating patterns and images to create an almost hypnotic spell.

KALTBLUT: Is the director someone you work with often and are close to?
Adiam: The concept for the videos I developed together with my art director Marek Polewski and Lukas Feireiss in Berlin. Mauri Chifflét was the Swedish director with whom we shot all the videos on Gotland, an island in Sweden.

KALTBLUT: What is next for you?
Adiam: My album is scheduled to drop this summer. I can’t wait for it to be out. Dave Sitek from TV on the Radio produced the entire album. It was amazing working with him. He’s a musical wizard. I am also very much looking foreword to playing live at a number of events and venues this year.

KALTBLUT: A song to fall in love to?
Adiam: ‘Love, Love Love’ by Donny Hathaway

KALTBLUT: A song to channel all of your anger out to?
Adiam: ‘Attitude’ by Misfits

KALTBLUT: Who is your Idol?
Adiam: My mother.

Quiet Desperation EP 2 is out now via Vertigo/Capitol