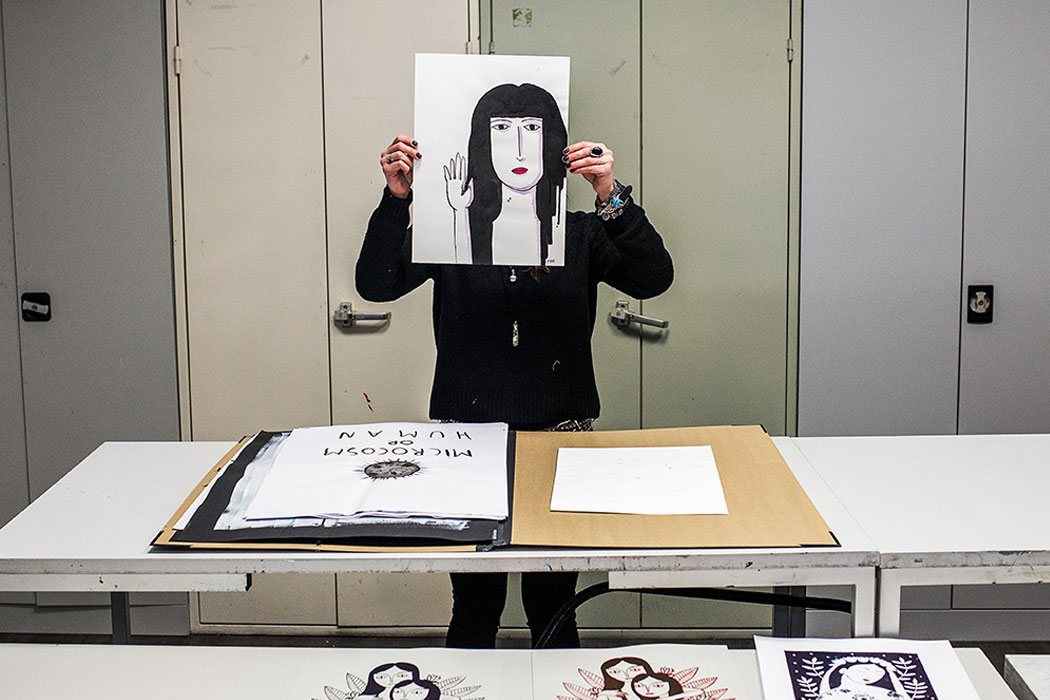 Inspired by religious art from the Middle Ages and traditional Latin-American art, as well as her own surroundings, artist Joanna Winograd’s illustrated world is filled with badass women. They’re witches and goddesses graphically painted in black and white, sometimes with a dash of colour – always with a lot of attitude. 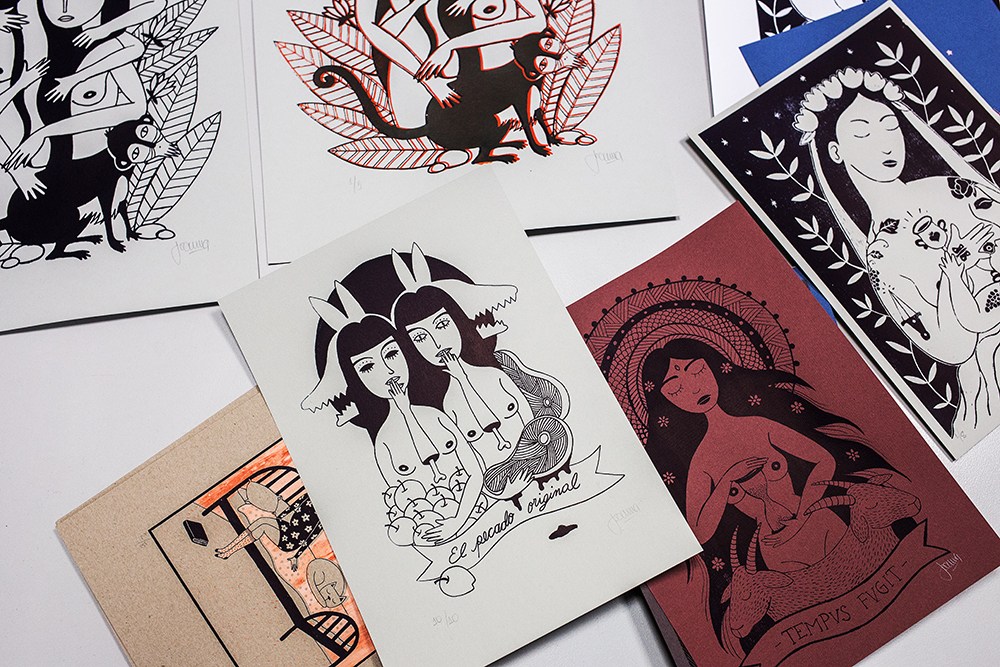 It’s a Friday afternoon when we meet in Joanna’s shared studio in Wedding. She was raised in Argentina and Colombia and moved to France at the age of 18, where she lived until moving to Berlin three years ago. She likes to use different mediums in her work, and often changes between drawing in her sketchbook, sewing, screen printing and painting on odd materials she found. “I don’t like having a routine, so I decide what to do everyday depending on how I feel or what I have to do” she says. 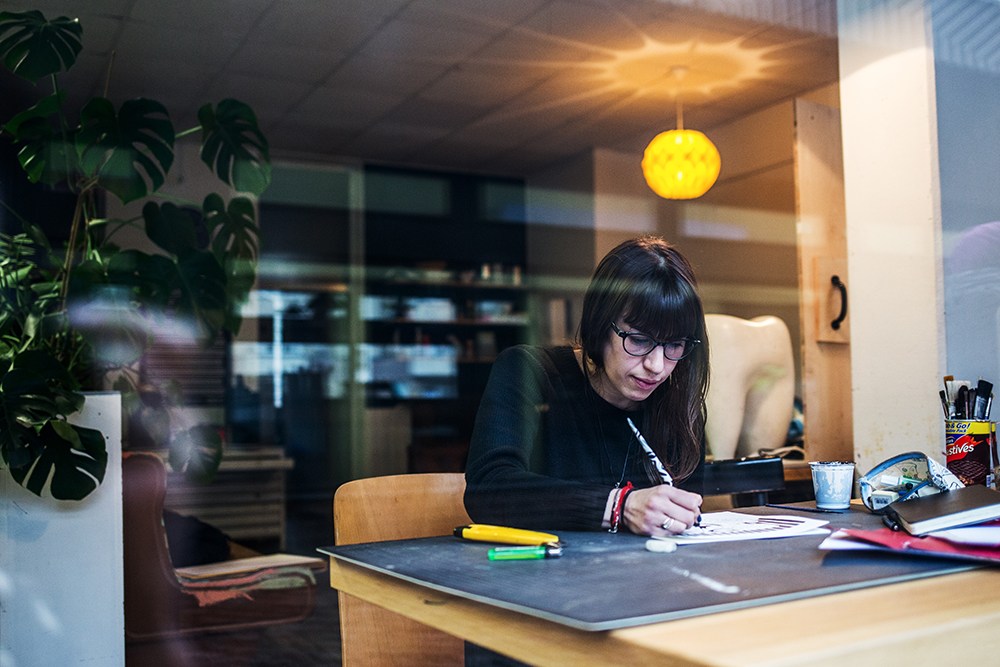 When asked about her creative process she answers that she doesn’t really have one. “Sometimes, drawing is like discovering a song and then listening to it 20 times per day for a month – I draw in a certain way for a while and then I change it”, she explains. Even though Joanna’s process may differ, her style is always consistent. Her lack of colour and unique point of view makes it possible to see that she’s the artist regardless if she’s painted a unicorn or a woman flipping the viewer off. 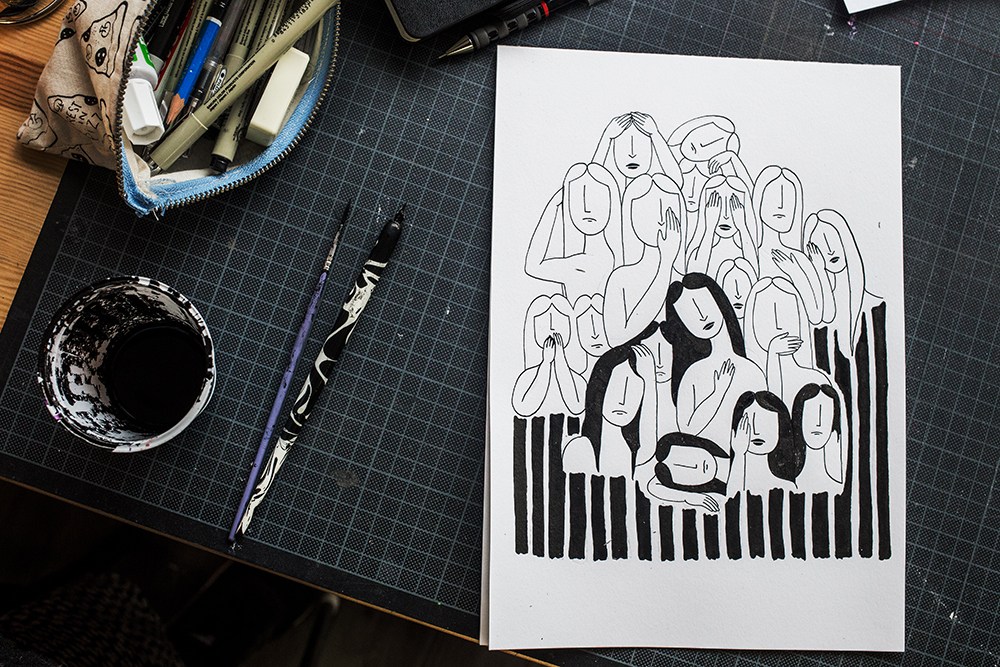 “For many years I didn’t like any colour besides black and white, and a red for the blood”, she says while cracking up a bit and then continuing:  “But after I started getting more interested in religious images I started experimenting with gold. And while working for a children’s brand as an illustrator I actually discovered that colours weren’t that bad. I still mostly work in black and white, but compared to before I use many more colours. I choose to do so when I feel that it’s going to help me express what I want it to”.