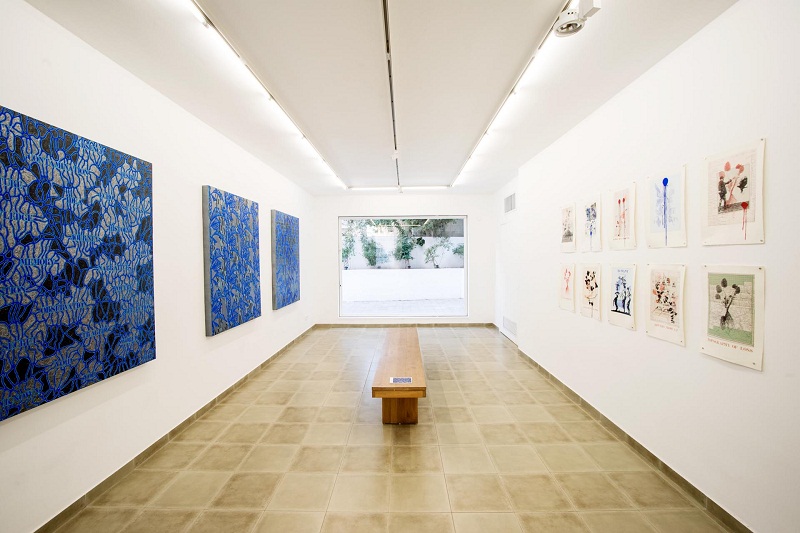 The civil society was attacked again, this time at the Orlando massacre and last week in the area of Sarona Market in central Tel Aviv. As we are now used to, innocent people paid the price of poor international politics. All our thoughts go to their friends and families. Besides feeling disgusted and sad, we keep on holding on to what makes us human: culture – ours and others.

It might sound strange, but there are other places in life besides Kreuzkölln and Potsdamerstrasse. Last week was the wonderful TLVFest, the 11th Tel Aviv international LGBT ﬁlm festival, and when I heard my friend aMinus was giving a gig, I just couldn’t resist. Israel is an incredible place built, like most, on a series of war and carnage. Tel Aviv has been for a few years ‘the Bubble’ where the outside problems stay outside. It is so important to keep on breathing, even if it’s in a bubble. Tel Aviv is the only place in the Middle East with a LGBT Pride, and you can say all you want about pink-washing, but that’s pretty f*cking important to have a place where you can be who you are without being stoned, hung or imprisoned.

The gallery scene is quite important here, and has been presenting mostly Israeli artists for decades, which is slowly changing. I picked a few of my favorite galleries to help you get started for your next trip to this wonderful place.

Ran by Noemi Givon, the gallery was established in 1974 by her father, Samuel Givon. Ms Givon is a major ﬁgure in the Tel Aviv art scene, and I really wished we’d have her in Berlin. She’s a wonderful woman with a deep knowledge of the 20th century art, and an acute eye. She represents artists of all backgrounds, all ages, all mediums. I was lucky enough to meet with her and Marik Lechner who’s presenting the show ‘Underground Water’ in the gallery until the 2nd of July. An interesting mix of heavy expressive paintings, drawings and needlework, it is the ﬁrst solo show of the artist with Givon.

The space is built on two levels with small rooms. The Givon Gallery represents some of the most important Israeli artists like Moshe Gershuni, Pinchas Cohen Gan or Rafﬁ Lavie. Our Berlin readers might remember the cross residency between Norbert Bisky and Erez Israeli in residency. During our meeting, Ms Givon expressed her feelings toward the contemporary art scene, regretting the shortage of true powerful works while stressing the importance of a healthy visual arts scene and the necessity of resilience in genuine researches.

Givon is a place you must visit as it is authentically rooted in the essential core of a healthy art system. It’s a place of debate, prospective and contemplation. Givon has another space to visit in Neve Tzedek.

A few hundred meters away is Gordon Gallery. Funded in 1966, it is also a historical gallery, as it was also the ﬁrst ofﬁcial auction house in Israel. Representing historical Israeli artists of the 20th century, Gordon opened a sister space across the street simply named Gordon Gallery 2.  Focused on contemporary works, this sister gallery is a beautiful space with a large window.

Alon Segev Gallery opened in Tel-Aviv, year 2000 and since then, has focused on promoting and displaying the work of young and established contemporary artists, both Israeli and foreign. The gallery’s artistic agenda allows the display of all aspects of contemporary art; from complex installations through video , sculptures, drawing and painting, reviewed often by Israeli publications.

They represent notably Sigalit Landau, Chloe Piene or Gideon Rubin. Ms Landau’s work was presented at the KW Berlin in 2007. Her most famous work is probably her DeadSea video in which she’s ﬂoating with 500 watermelons in the salt water. Her 2011 video Azkelon is a beautiful vision of the Israelo-Palestinian conﬂict: « I ﬁlmed people playing the “knife” game. Azkelon is a hybrid of Aza (Gaza) and Ashkelon. These two towns share a beach, but are separated by a border.

The Gaza strip is one of the most crowded districts in the world, populated mostly by refugees; Ashkelon was conceived by Jewish immigrants from Arab countries. From my point of view, young people on both sides play this “game”. Where there is play – there is life. It is an agreement to simple rules: they may win, they may lose; the interaction is possible interaction »

Launched by Nira Itzhaki, Chelouche is located in the southern part of central Tel Aviv in the “Twin House,” one of the most spectacular historical buildings in central Tel Aviv, on the corner of Mazeh and Yavneh streets, designed and built in the 1920s by architect Joseph Berlin. Ms Itzhaki and her team represent international artists like William Kentridge , Michelangelo Pistoletto or Christoph Keller. Hopefully I’ll be back and tell you more about the scene next time! “