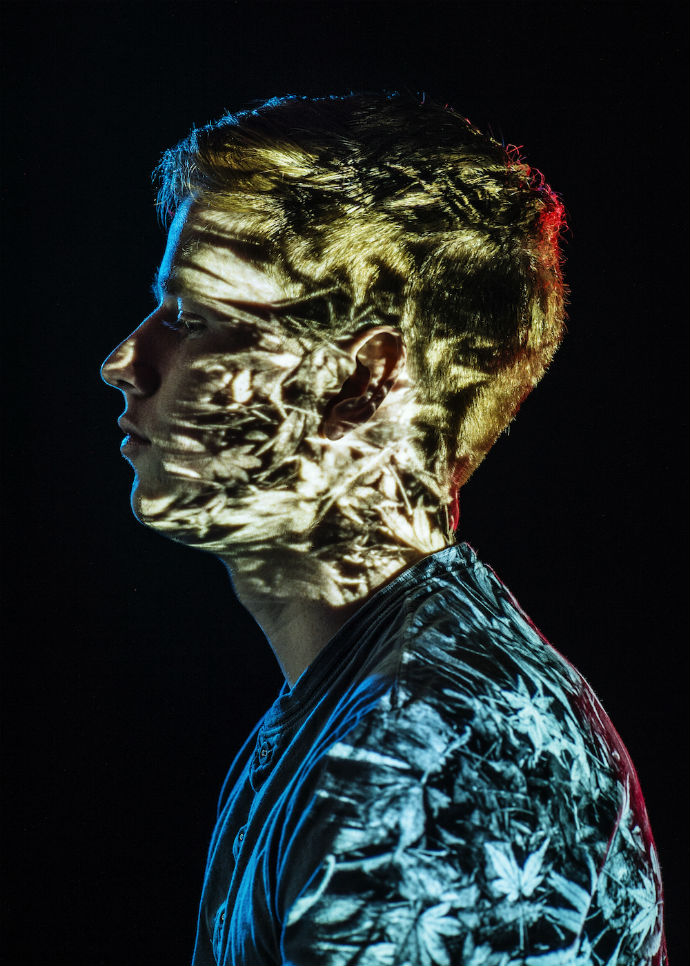 A recent signee with French powerhouse label TheSoundYouNeed, 21-year old Hurley Mower is fast turning into one of Chicago’s best up-and-coming musical talents. The producer spent numerous nights on Ableton before making the hometown of house – Chicago – his new hometown. He moved to the city in 2015, in order to follow his music career. He is already an integral part of the Chicago scene, often collaborating with local artists who in turn have helped him nurture his signature style. While in the city, he began developing his own ‘#headbob’ genre, which is an evolution of trap, blended with hip hop and dance music.

Early tracks like ‘The Way’, ‘Retro’, ‘Drank’ and ‘Look At Me’ all have several thousand plays on Soundcloud, some of which were picked to soundtrack videos by popular YouTuber Casey Neistat. Hurley Mower is also a prolific remixer, having crafted an acclaimed rework of Raleigh Ritchie’s ‘Bloodsport’ track that was featured on MTV. His latest release, the ‘Home Cooked’ EP, came out in October, solidifying Hurley Mower’s growing stature in the electronic music scene.

Hurley Mower is always keen to give back to the city. In this exclusive guest editorial for KALTBLUT the young Chicago artist speaks about the love he has for his adopted hometown, the artists who he looks up to and how Chicago has influenced his music.

Chicago’s attraction
For as long as I can remember, music and the city of Chicago have been the driving force in creating who I am as an individual. My first love was the guitar. I picked up the guitar at 8 years old, and developed an obsession with Rock and Blues guitar players, specifically Jimi Hendrix, John Frusciante, Jack White and B.B. King. I was able to harvest these early influences at the School of Rock in Chicago, an after school program that brings young musicians together to perform cover shows around the city.

I was born and raised in Chicago and enjoyed all it has to offer growing up, but I actually feel like I moved here almost 2 years ago now when I dropped out of school and returned home. I went to a private school, so when I came back, it hit me that almost all of my people here had left to go to college somewhere. Having no comfort zone at all allowed me to create one out of scratch, and it’s been the biggest blessing.

The driving inspiration of Chicago artists
It wasn’t until I was about 12 that I was truly introduced to hip hop due to the massive Chicago boom that introduced me to artists like Common, Twista, Rhymefest, and specifically, Kanye West and Lupe Fiasco. Kanye and Lupe opened my world up creatively when I saw them at Kanye’s hometown show during his Glow in The Dark Tour, my second concert ever. Having both of these artists originate in Chicago made me proud, and it inspired me to represent my city at all costs; a common trait you’ll find in anyone who is from here.

I started composing music in high school, around 16, but not seriously. I wanted to be too many people. I wanted to sample soul records like Kanye, make alternative pop like Phoenix, and experiment the electronic beauty of Justice. It took me a very long time to figure out what type of music I was to create.

When I was 19, I had a summer internship with Andrew Barber who runs and owns the incredible hip/hop blog, Fake Shore Drive which opened my eyes up to the Chicago hip hop scene. That summer helped me get started in the game to some extent. I still learn from that experience looking back.
When it comes to my early productions, my then guitar teacher, Drew Krag gave me a copy of Ableton and started to teach me the basics. I was previously playing guitar and practicing everyday but when I learned how to compose full songs through the computer, it was game over. I was obsessed.

Finding my sound
That time came a year and a half ago; after a couple internships in Chicago with the greatest hip/hop blog, Fake Shore Drive, and the recording studio, See-Music, I began to create a blend of head-bobbing percussive beats mixed with the types of melodies that always gave me goosebumps.

A lot of my inspirations aren’t musicians, and one of my biggest inspirations is a local artist, Hebru Brantley. I’ve been lucky enough to be an acquaintance of his sporadically and I’ve always admired not only his art, but him as an individual. Just an incredibly creative and nice guy.

To the #headbob genre
This headbob genre is completely reflective of who I am, where I’m from, and the forever evolving music I will continue to create. There is no blueprint for it, I just want people to be smiling and bobbing their heads when they listen. It’s crazy to me that I have listeners in other countries, and they should know the sound is a testament to Chicago. Growing up and living here exposes you to amazingly unique and influential people that I will always look up to. This city humbles me. When it’s all said and done, if I have respect from Chicago, I’ll be content. 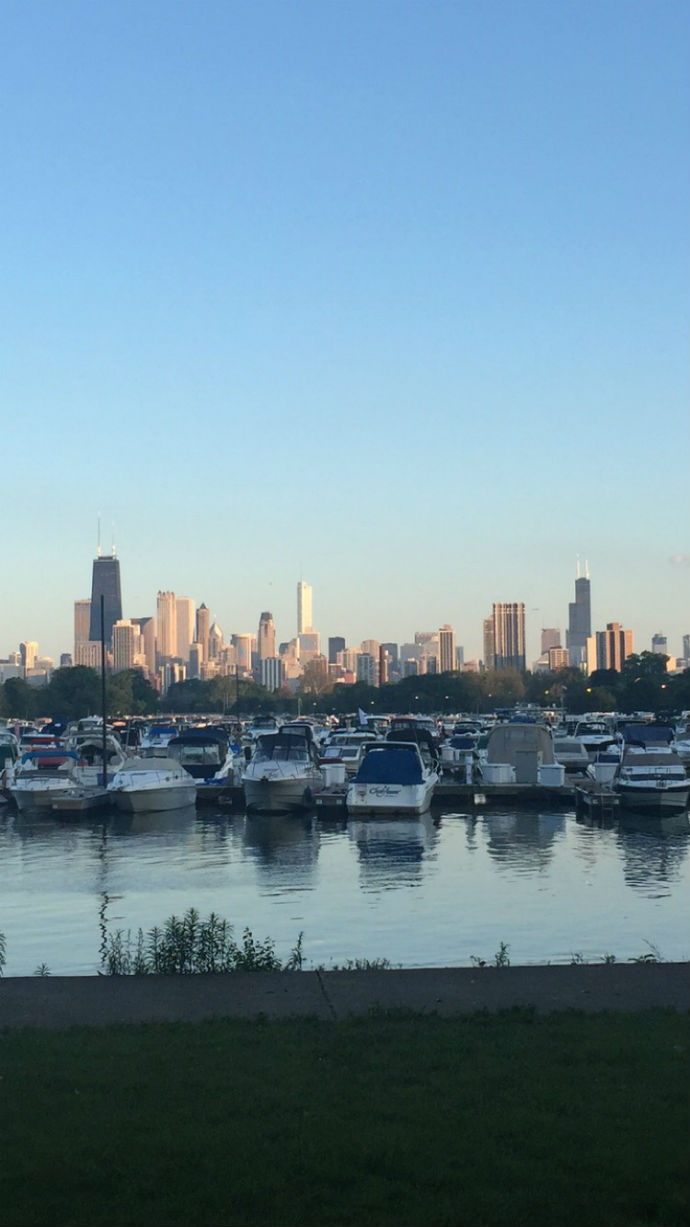 The essence of Chicago
I currently live in Lincoln Park. LP. My studio is in Logan square though, so I’m usually there. The beauty of Chicago is that there are options in every neighborhood. But when I have the money, my go to areas are the South Loop and Bucktown.

I’d firmly recommend anyone to visit the lakefront, north of downtown or south, it doesn’t matter. Any Chicagoin knows about the significance of the skyline and the beauty of it. Its therapeutic.

There are many places budding artists can visit for inspiration and socialising. Whenever I’m in a rut, I go to the museum of science and industry. Straight up, it’s the coolest place on earth and fills my head with information that is more important than whatever I’m going through. Budding artists are everywhere. I think I’m an example of that. Lincoln Park doesn’t have a popping arts and music scene but since everywhere is so accessible, it doesn’t matter. Chicago is family.

If you’re coming here on a dime and want to see a good show, my favorite venues are Lincoln Hall, Subteranean, The Hideout, Reggies Rock Club, Martyrs, Double Door and many more.

In 3 words: Chicago is the Unnoticed Greatest City!! 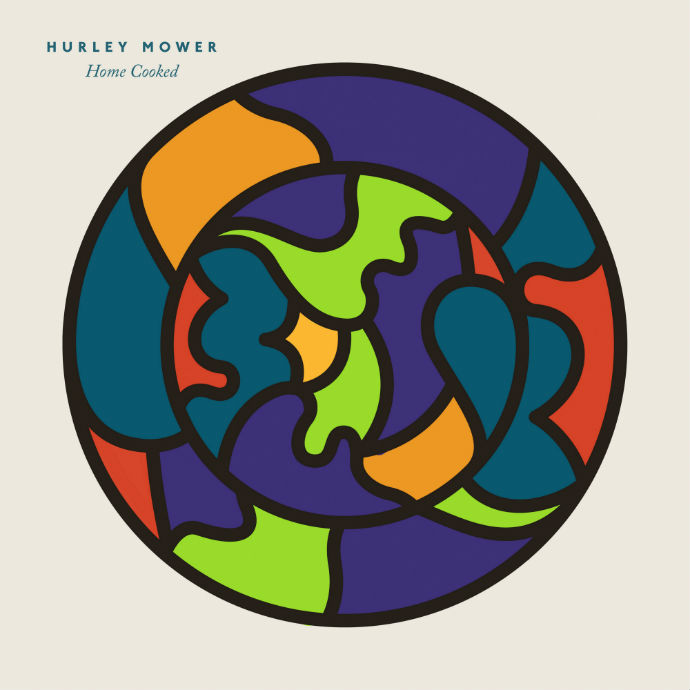