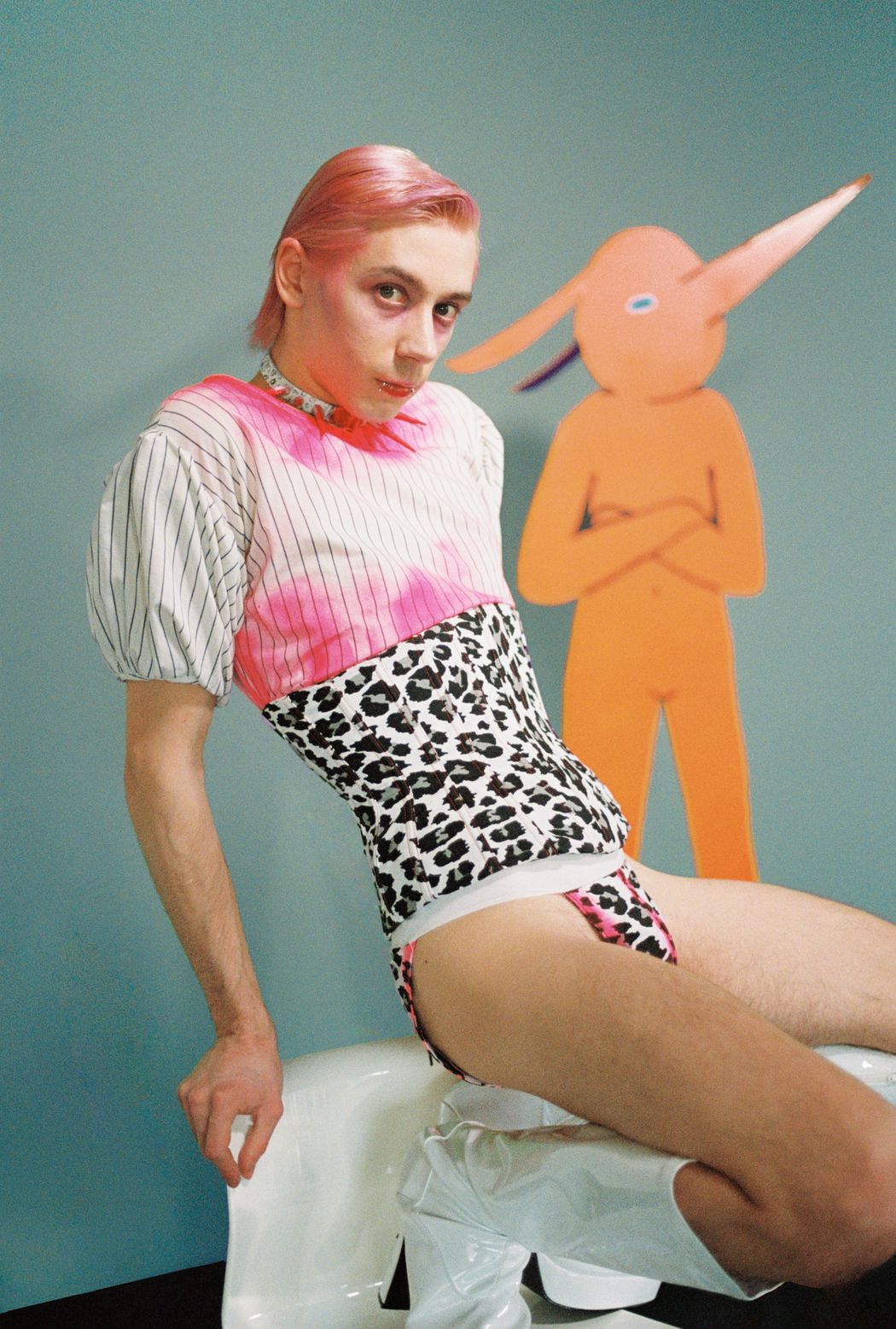 I AM WE ARE | the project

KALTBLUT presents: I AM WE ARE | the project. Photography by Alessandro Gobello. Talent and art by Giorgio Galgano. Make up by Elisa Tornar. Hair by Lorenzo Zavatta. The project originated from the desire to investigate, with a series of photos, the relationship between the artist and a character generated by himself, the connection between Creature and Creator.

Often within our soul, there is a combination whereby sometimes I am with me, and other times I am against me 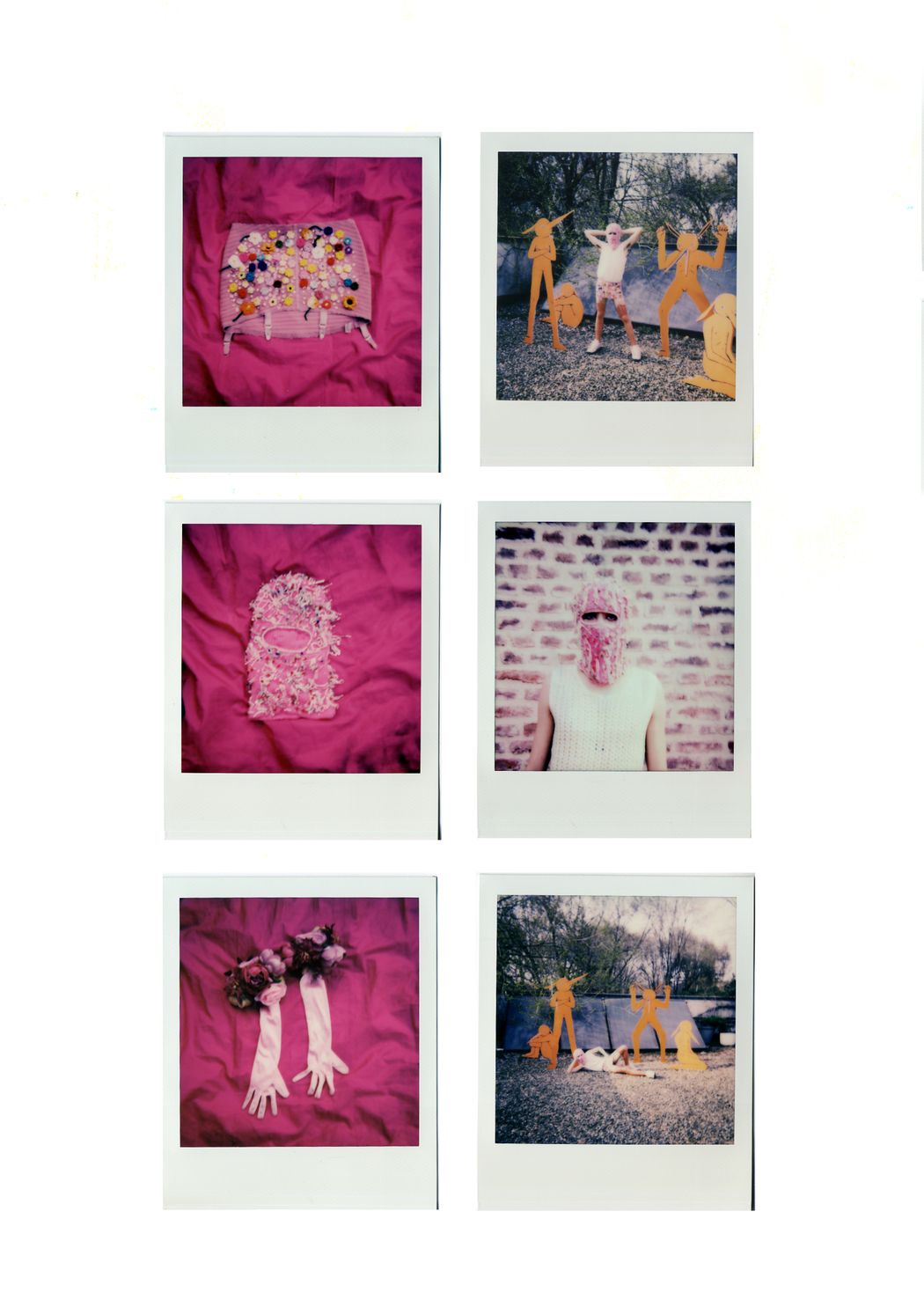 This inner dialogue focused on four out of the “six basic human emotions: Anger, Sadness, Disgust and Fear, moreover the relationship between man and his emotional spheres has always been the subject of research for the artist involved. Within the project, however, we decided to keep the four emotions as hidden traces and suggestions rather than a real inspiration Gugol created 4 lifesized customed cutouts of his character “Rngboi” that were portrayed with him in a room of the Fabbrica del Vapore, a special exhibition centre in Milan. 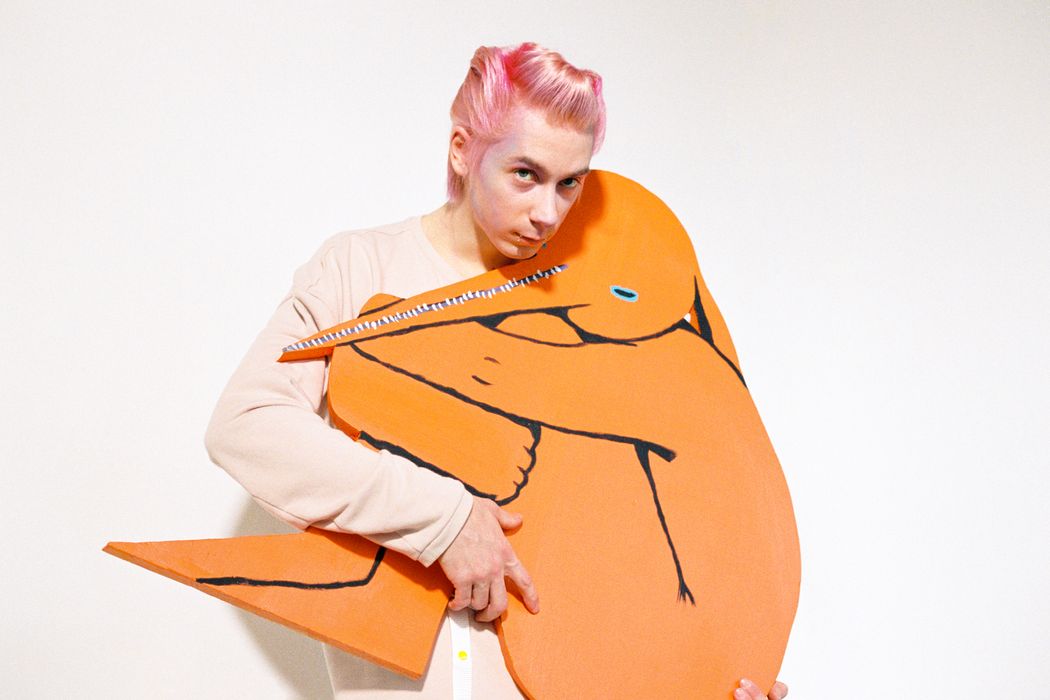 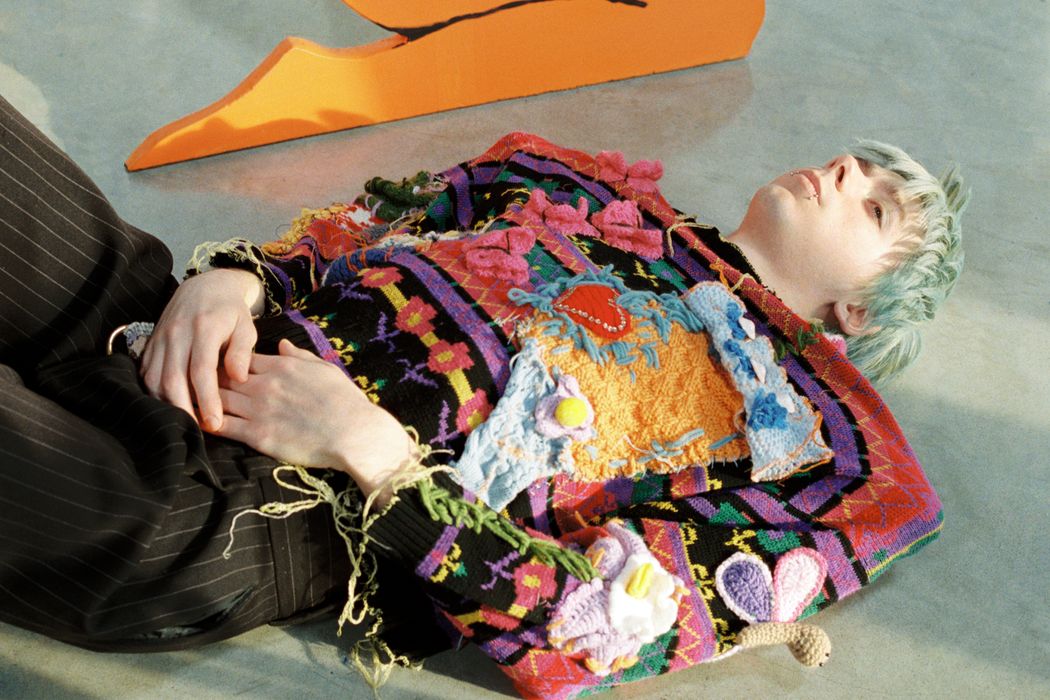 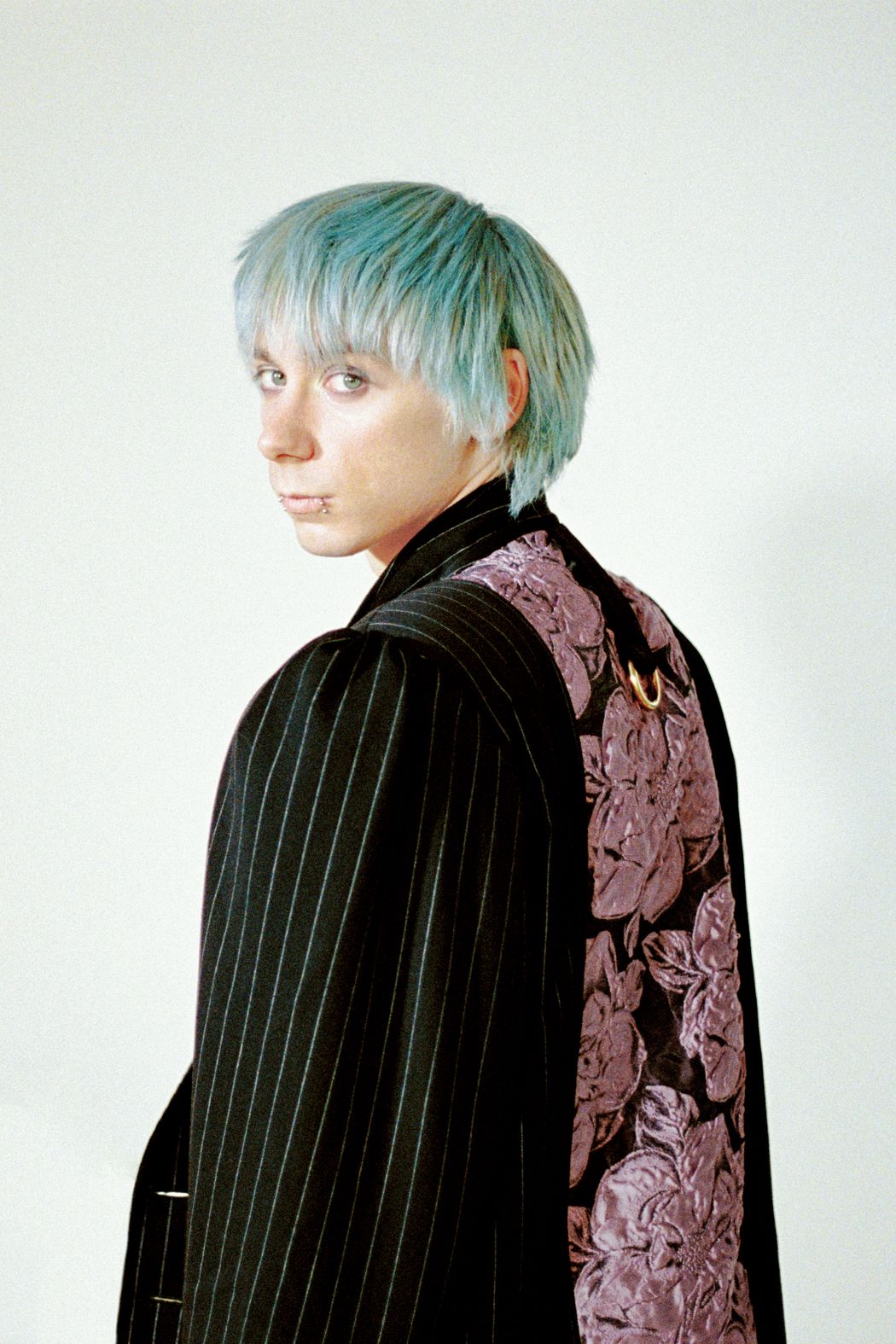 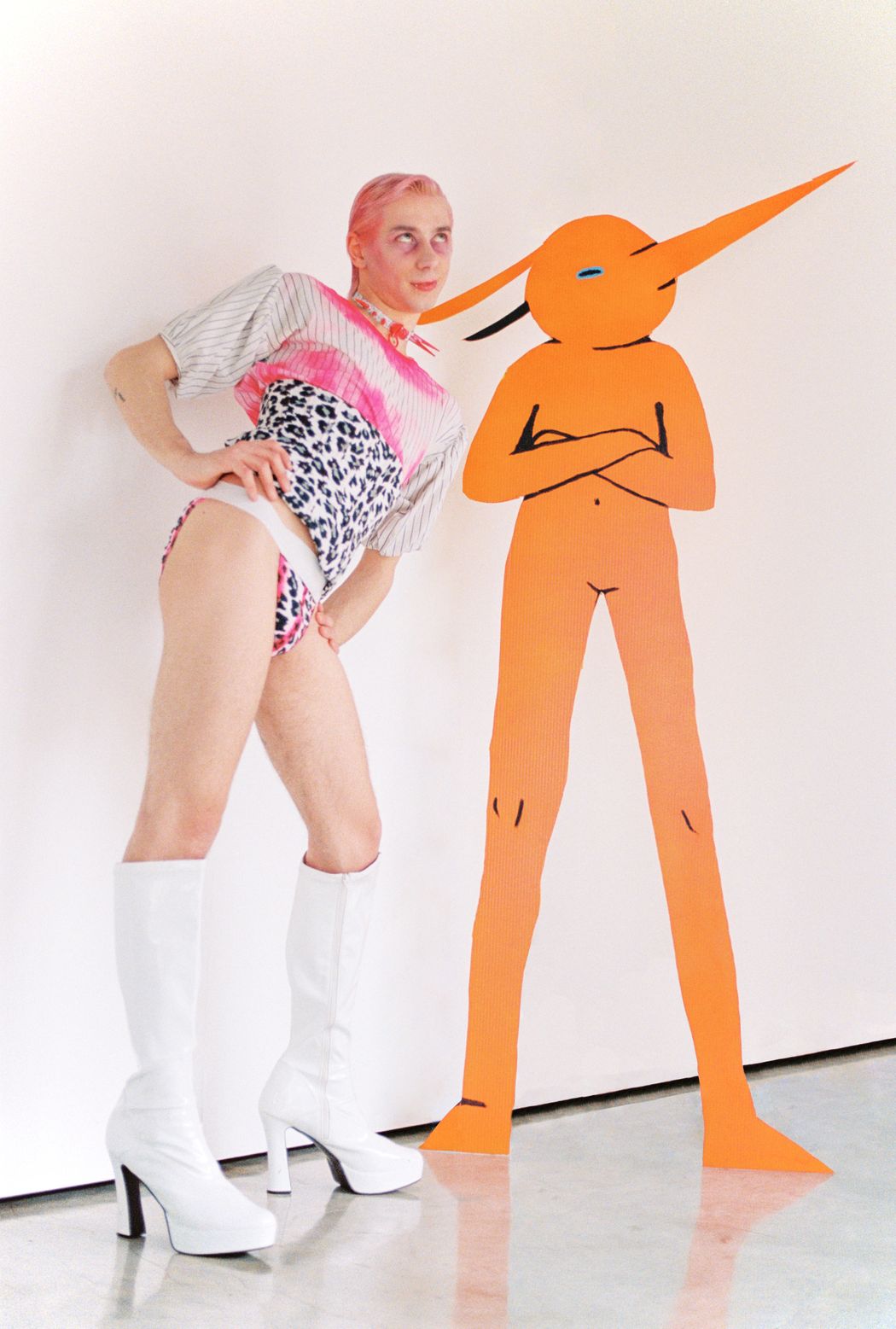 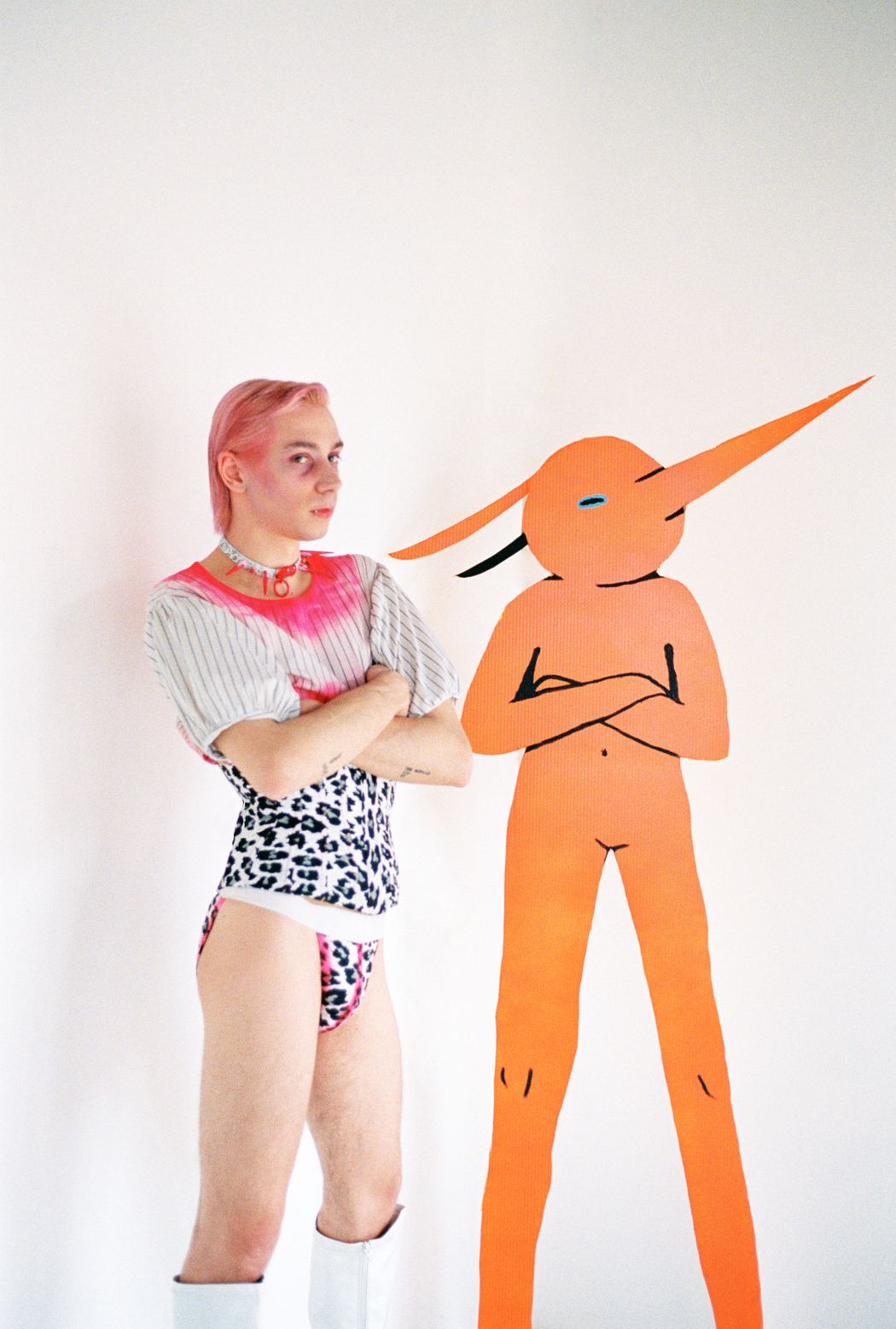 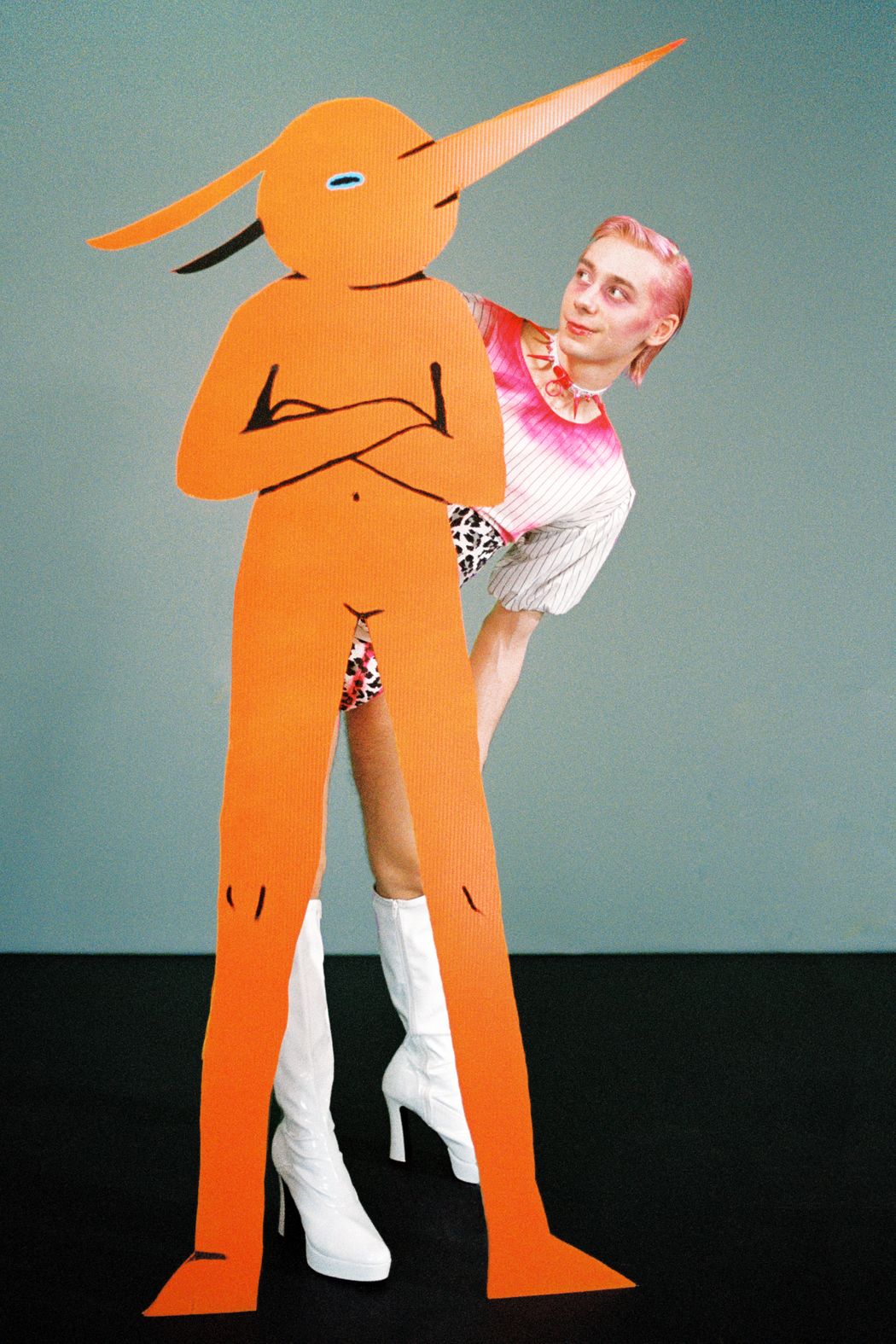 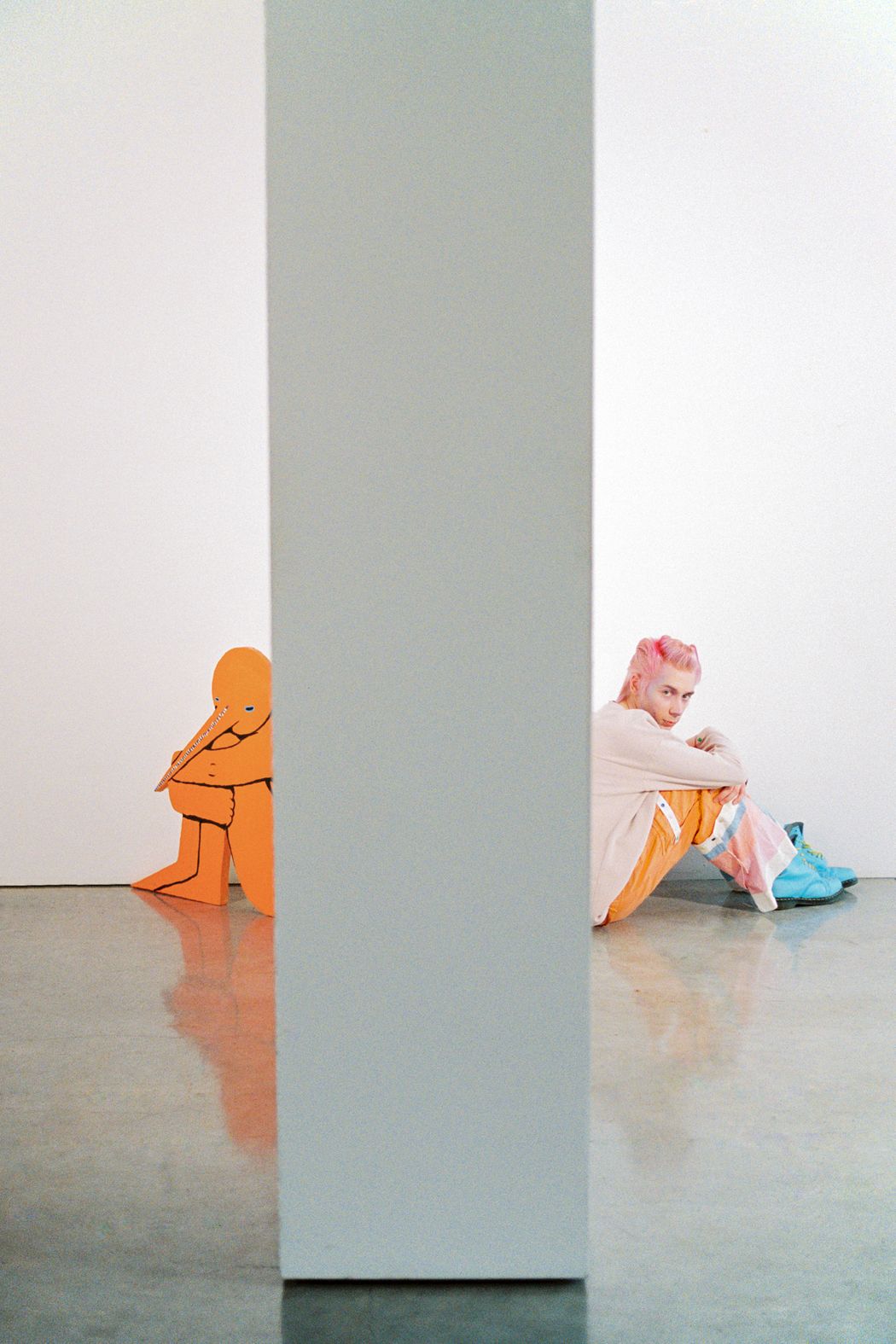 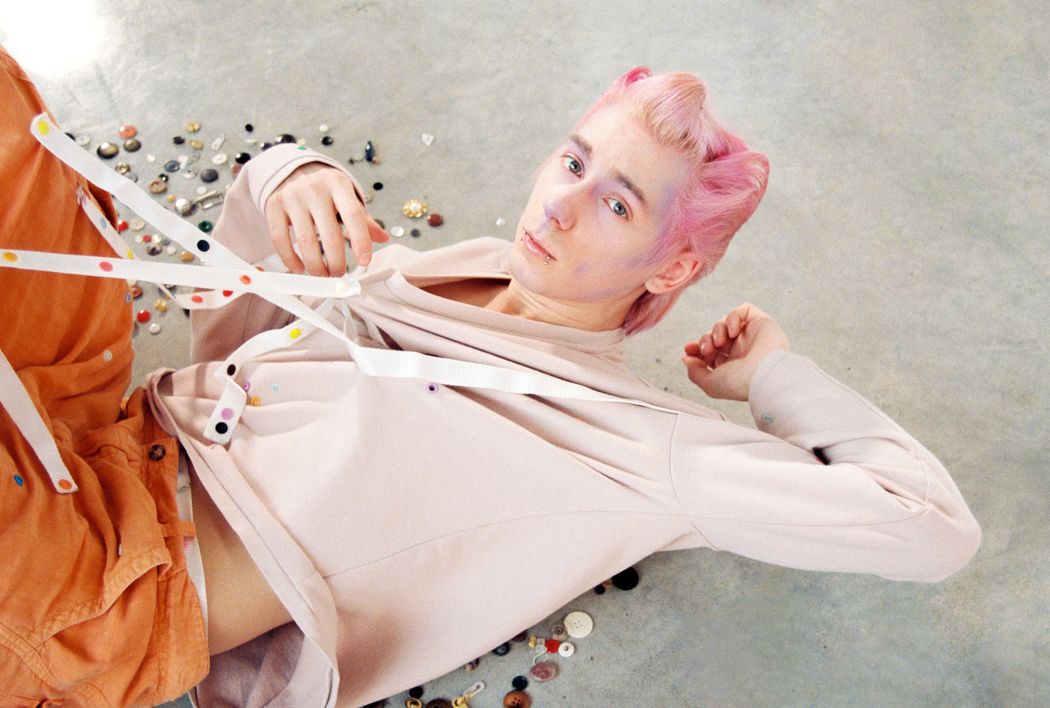 Alessandro Gobello says: “I am a young Italian-Dominican creative and photographer who grew up in Milan. I studied Fashion Design but I immediately became more interested in photography, storytelling and fashion communication; either through the products themselves and in the way they are depicted. After completing my studies, I decided to start shooting by doing freelance jobs that firstly satisfied me, where I had the opportunity to tell a story, create something new and explore worlds and bonds not fully explored by others. From this desire started the collaboration with the artist Giorgio Galgano fka Gugol.” 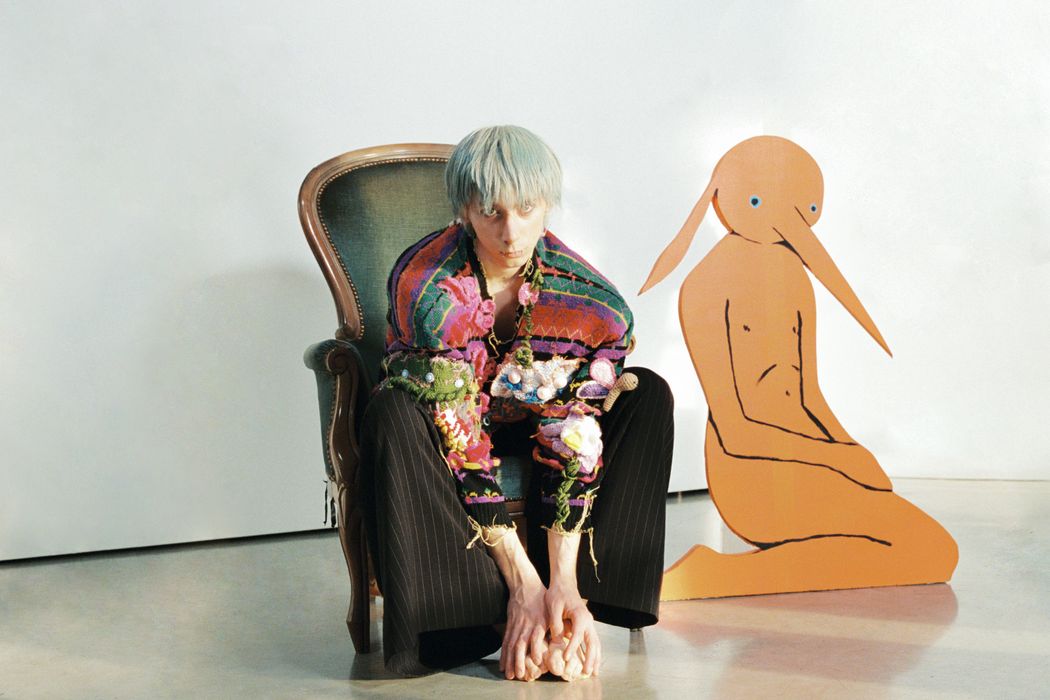 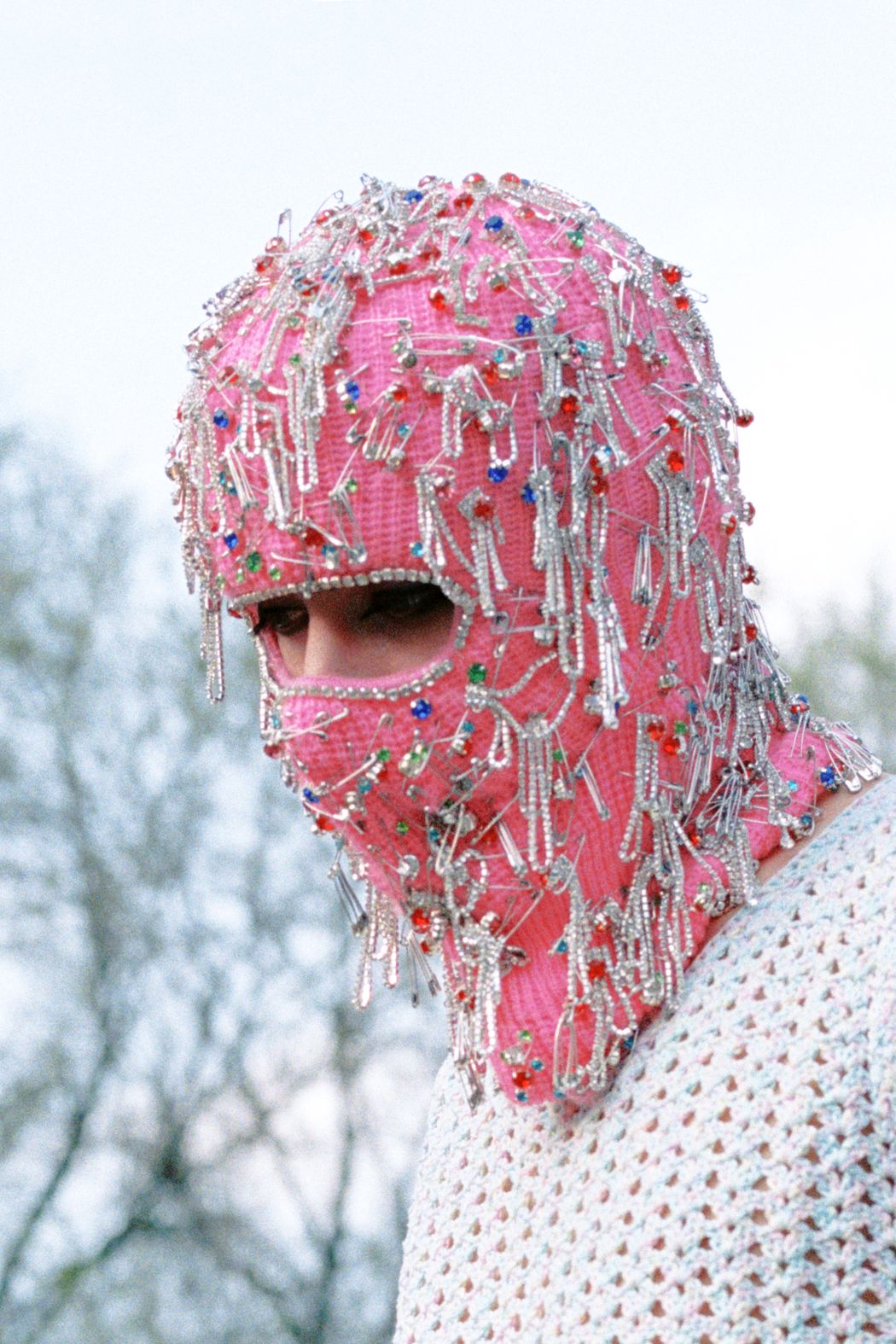 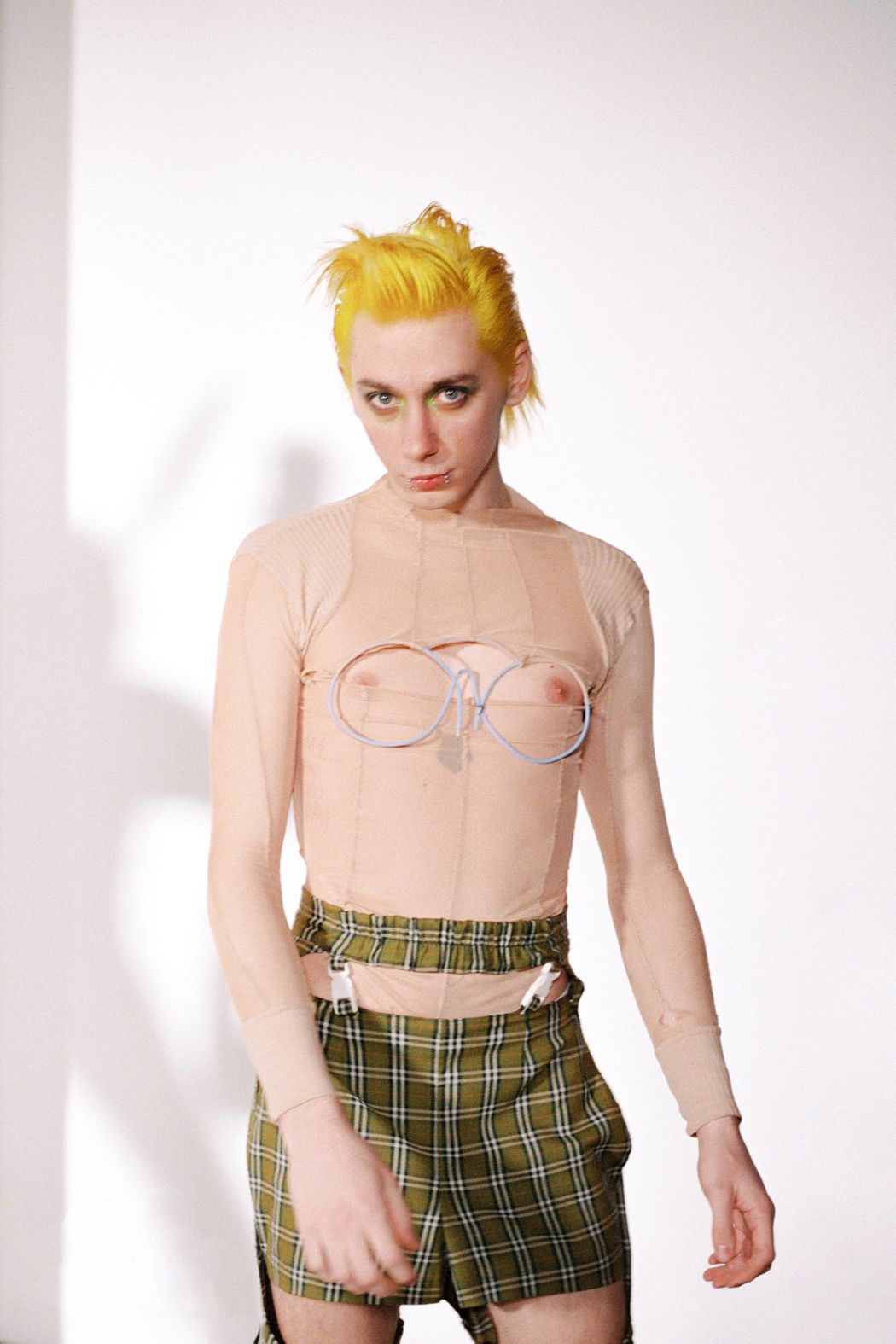 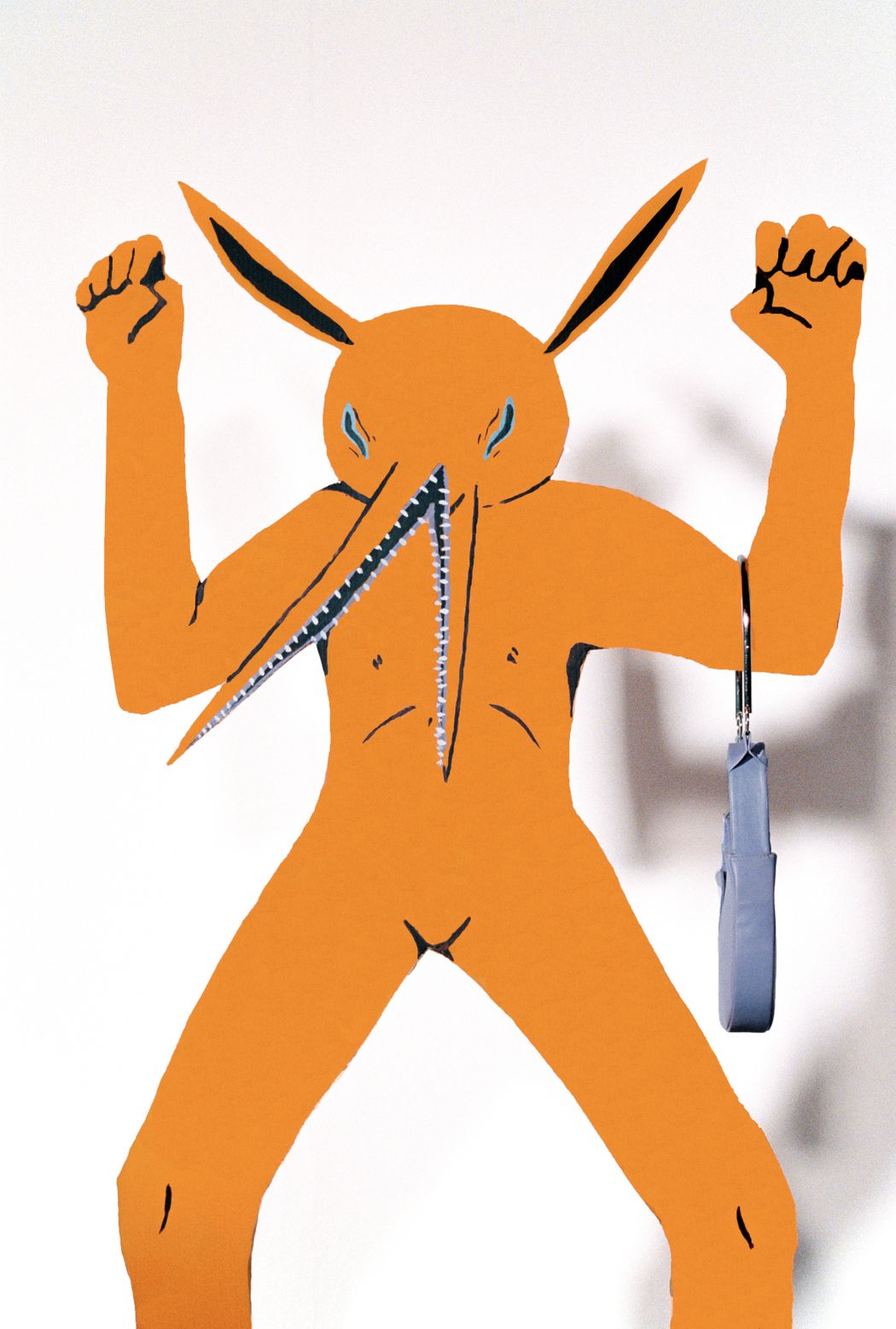 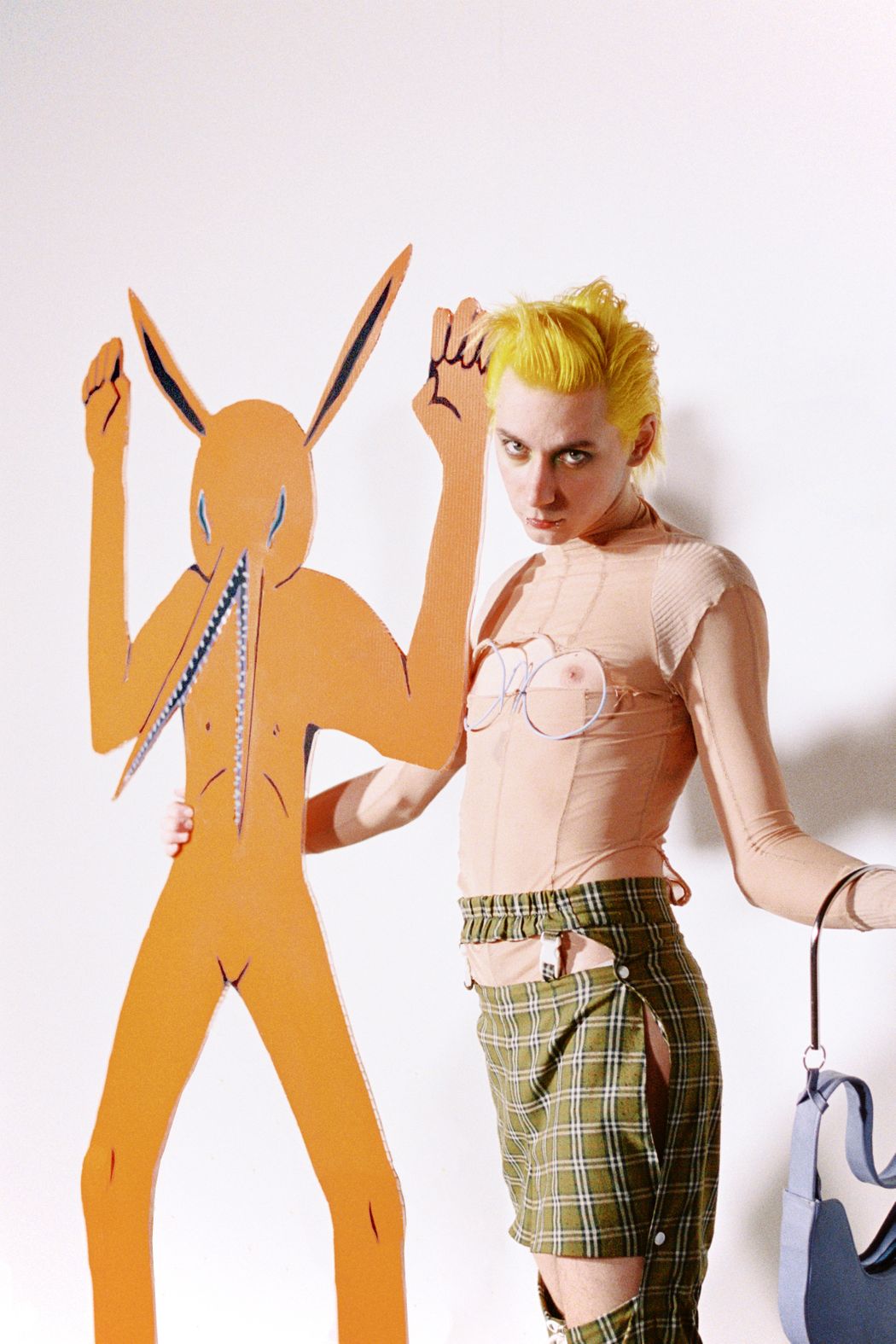 “The creative direction of the project was divided between me (photography and Styling) and Gugol (artist/model). We wanted to have the opportunity to create an authentic project and we both contributed with pieces created entirely by us as in the case such as the outfit with the orange pants by Giorgio and the one with the corset by me. The Other brands featured are Reamerei, Adriana Hot Coture and Giorgia Andreazza that we choose specifically because were matching the project irreverent aesthetic.

A big step that we added was also having a different hairstyle for each outfit with a different colour because changing the colour of the hair has always been a peculiarity of Gugol either as an artist and as a model; it has always been part of his persona.” 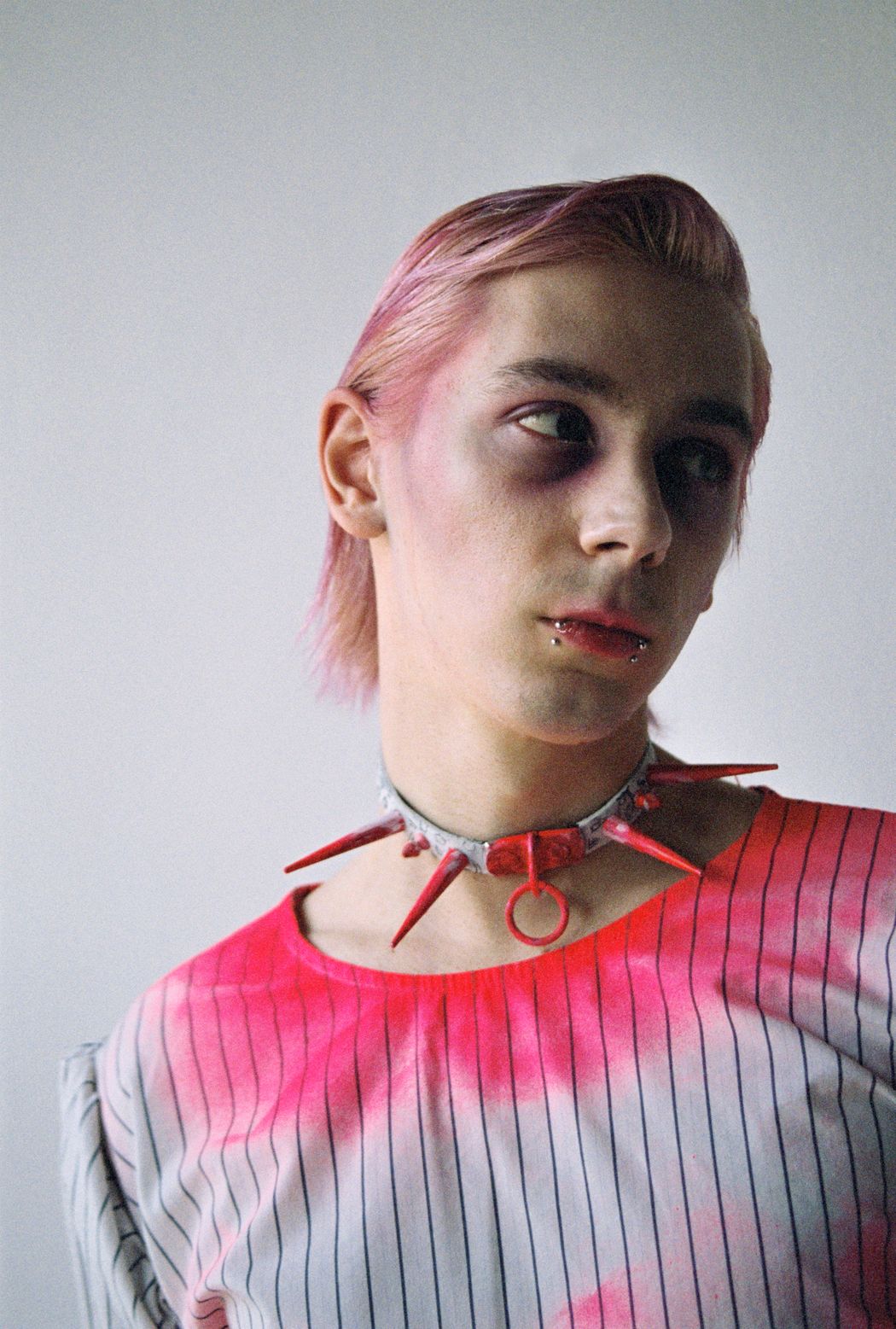 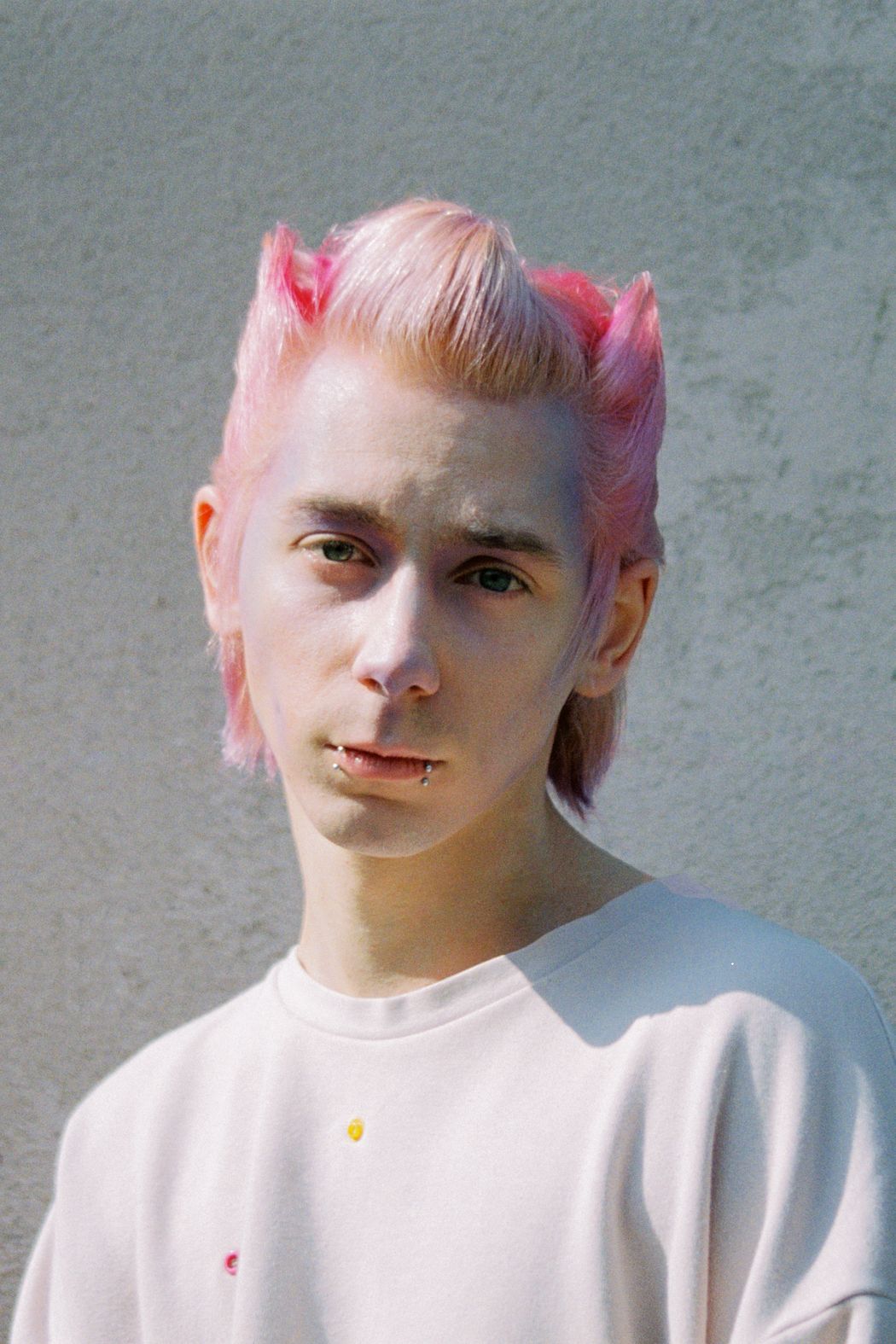 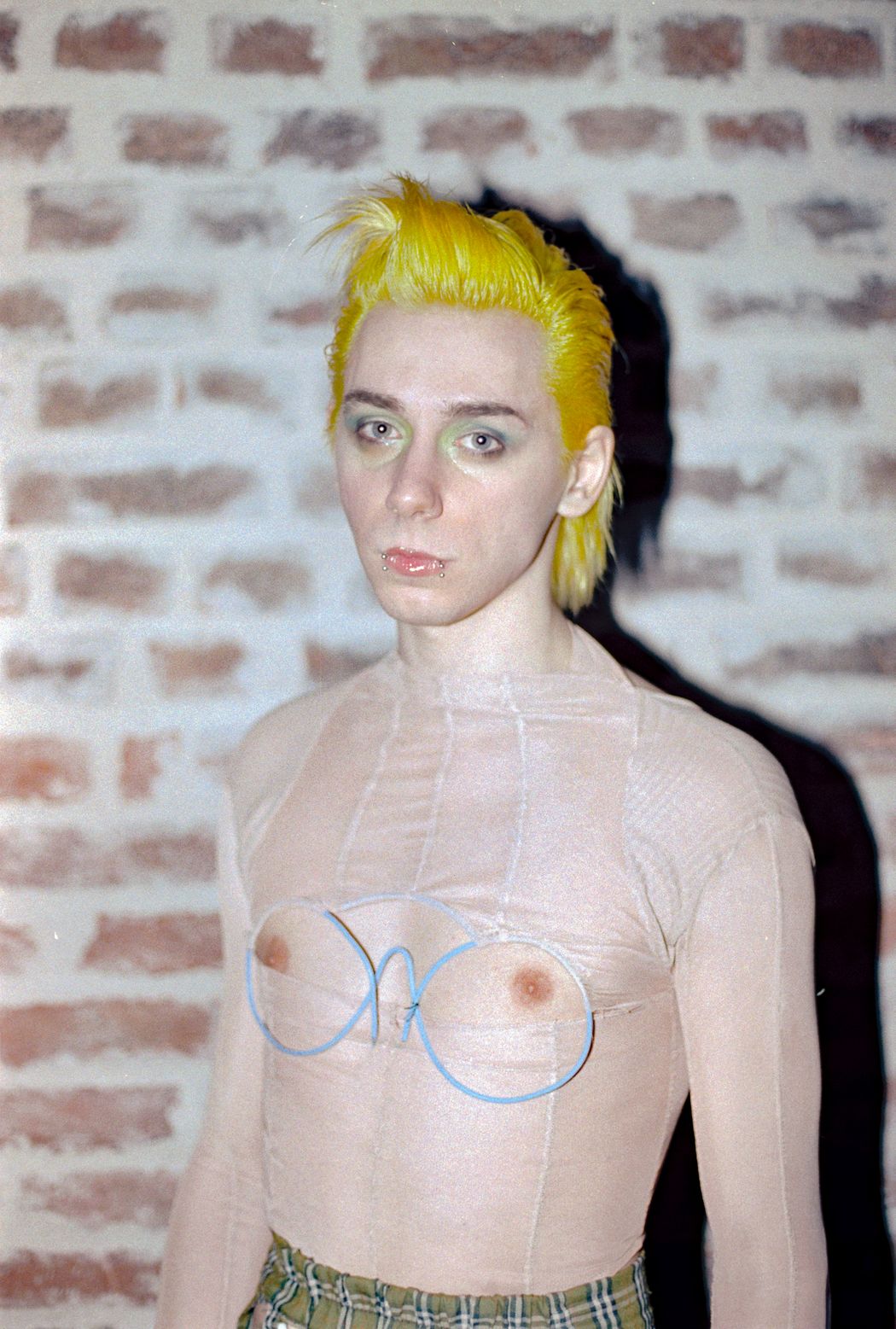 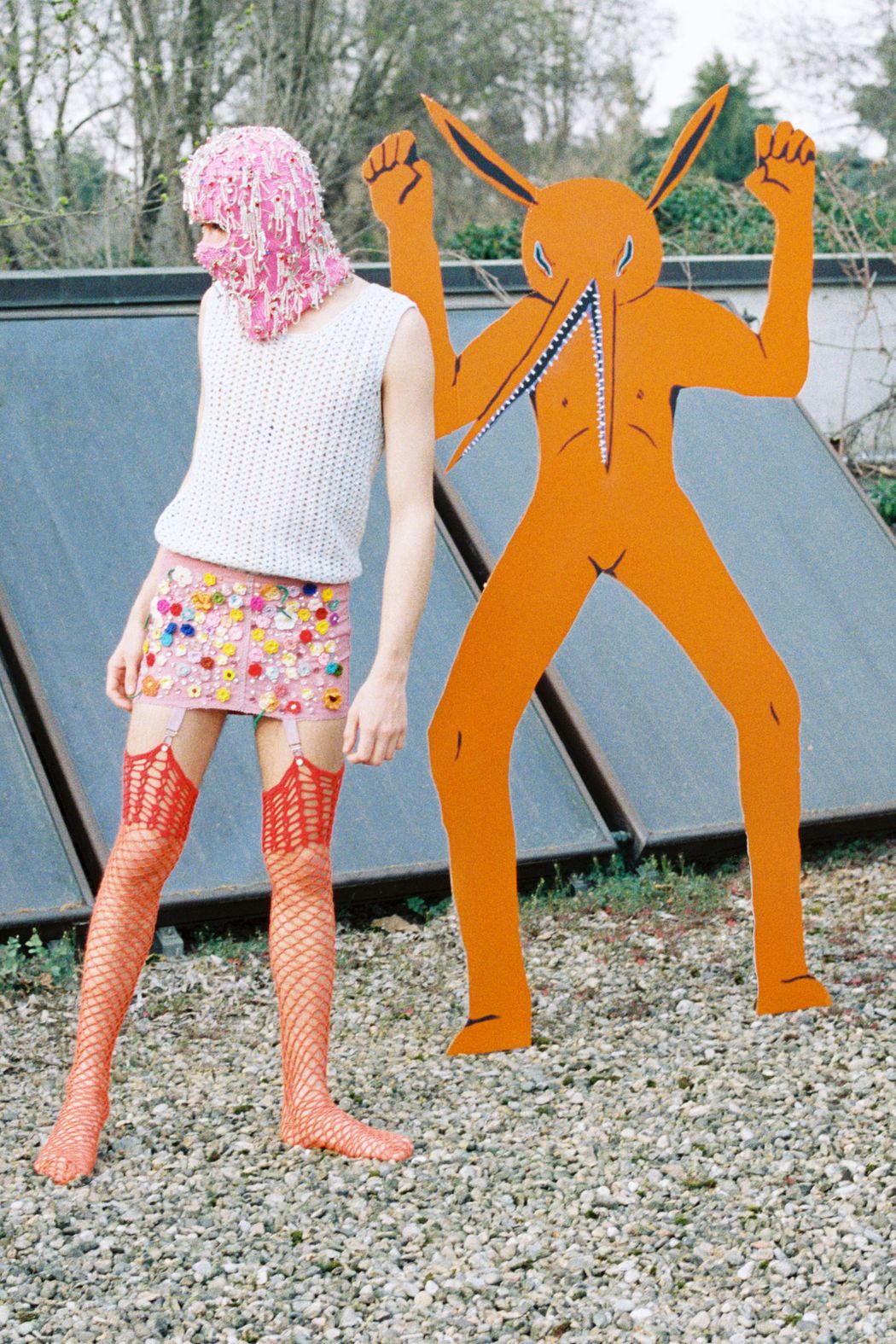