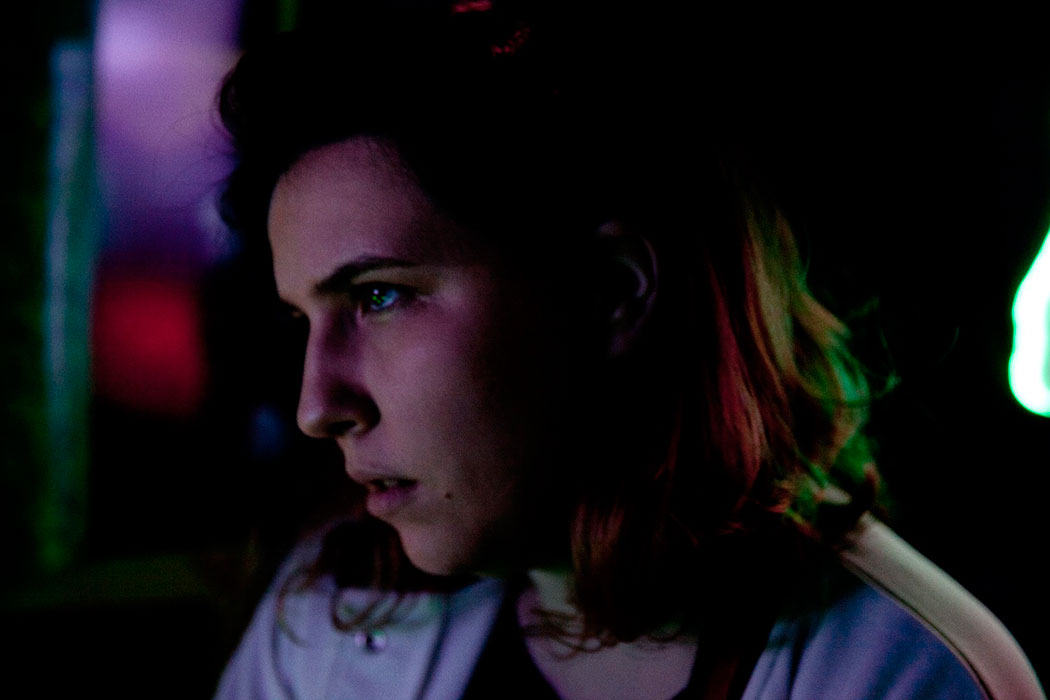 Meet Parisian electronic-pop singer-songwriter and producer Claude Violante, a creative force to be reckoned with ever since she dropped her self-titled debut EP back in 2012. Today she returns with a new sound and a new EP ‘Road Race’, which is as fresh and exciting as its name implies. Through the four-track EP, the chameleonic producer challenges her own weaknesses, “The road I talk about is the path we all have in common, the words we all understand, the Pop music codes we can all agree on. While the race is about going against myself to discover new possibilities, new abilities I didn’t know I had,” explains Claude. Recorded in her home studio, just after releasing her free mixtape ‘Radio Violante’, the release credits Bastien Doremus from electronic duo TOYS, as the only outside contribution to the songs final mixes.

Laced in 80s synth pop and new wave R&B (think Drive mixed with a hint of Beyoncé). Her rich and unique soundscape is aptly illustrated in the opening track ‘Do That Thing’; where her confessional and cinematic lyrics explore the intense feeling of desire-fulfillment. Singing “you can run no more, it hurts when you close that door”, she carries a memorable hook through a restless bed of mesmerising analog synths and breathy vocal harmonies. The first single off the EP, ‘Like That’, sees tastefully picked drum patterns and old school’s vocal samples wrapped around lyrics that are at the same time a celebration of loving someone and wanting to be free.

Written as an homage to the ‘Gay Pioneers’ – who through their activism brought the partial decriminalization of homosexuality – the song paints France divisive political landscape during the anti-gay marriage protests, which tried to halt the momentum gained by the introduction of same-sex marriage in 2013. “Most American people must have felt the same when they realized a big portion of their own country was ready to breach the boundaries that have long constrained Americans’ public discussion of sex and race”, explains Claude. Taking a step back, ‘U’re The Man’ defies gender roles stereotypes, while asking men to play a greater role on fighting for equality.

A prodigy of the French Electronic scene, Claude Violante boasts an impressive resume; her first self-titled EP, included the underground hit ‘Your Way’, which ended up featuring in ‘Pussy Riot Je T’aime’, a compilation born from artists responding to the charges against Pussy Riot. Her distinctive vocals can be heard on Ed Banger Records producer Feadz ‘Far From Home’, a track included on the label’s compilation ‘Let The Children Techno’. The talented producer has also lent her hands to remixes for top artists such as La Roux, and as part of the French band Haussmann, she is known for ‘Boys Like Us’, which soundtracked the film’s credits of Academy Award winner Jean Dujardin’s comedy ‘Les Infidèles’. With all this and more, Claude Violante has “the one to watch” written all over, and we couldn’t be happier to add ‘Road Race’ to our playlists.