Stepping out from the North aka Kiel, Germany, visual artist and musician Phil Struck is making waves. Sonically charged, experimental, electronic music waves that is. A far cry from his Detroit techno and house fan boy beginnings, and a general dissatisfaction with the stale state of club nights he was frequenting. Phil has spent the last 4 years developing a captivating style of his own “I spent two brilliant summers lying on the rooftop of my apartment building, or in the park listening to shoegaze, ambient-ish, weird pop music, and visiting my friends’ shows (…) Watching them perform was absolutely inspiring, especially one friend who produced lovely spherical loop-based music. And so I finally forced myself to rethink all that I had learnt about music production before..” Today we give you a glimpse into the ever expanding underground electronic music scene, where Phil Struck delivers deep thoughts and jagged sounds, with the premiere of the video to his track ‘Exo’. Directed and edited by Irwin Barbé and Louise Ernandez, ‘Exo’ is part of his debut EP ‘Klint’. The EP is to be released on cassette tape, February 27th through LL.M. records, with live EP release performance in Cologne at Topic Drift and OYE Berlin.

KALTBLUT: Hi, Phil. So tell us a little bit about what first drew you to producing experimental electronic music?

Phil Struck: That’s hard to tell because the process of finding the sound that I feel comfortable with was pretty long and took me through a lot of different stages. But the main reason why I got interested in (electronic) music, besides finding my way there through joining everyday club culture, is that I got bored from the usual House and Techno sound quite early. To me, it started to repeat itself more and more and also the club nights always felt the same every time I went out dancing. It was also around the same time when I met a lot of new friends (I was living in Dortmund back then, studying photography) that were involved with the local DIY music scene and had different musical projects running. I spent two brilliant summers lying on the rooftop of my apartment building, or in the park listening to shoegaze, ambient-ish, weird pop music, and visiting my friends’ shows, of course.  Watching them perform was absolutely inspiring, especially one friend who produced lovely spherical loop-based music. And so I finally forced myself to rethink all that I had learnt about music production before, and went on to discover the way I would be producing music four years later.

KALTBLUT: You also study photography and video art accompanies one of the tracks on your album. What do you think is it about moving images and sound that work so well together?

Phil Struck: Sound always creates visuals in our imagination because our brain is programmed that way. So basically sound and images are a great couple and if we listen to a song while watching some randomly chosen visuals to it, you will discover that your brain tries to draw similarities between the sound and images. I played with this effect in my video for Efdemin’s ‘Subatomic’, where I sliced the visuals always slightly off to the beat. But if you watch it and pay close attention, you will notice that your brain will try to correct those “mistakes“ automatically. I realised fairly early on that it was important to me to find a way of combining sound and visuals. So I created two different video works for Phillip Sollmann aka. Efdemin. This really helped me to finally invent a language which works for both my sound and photographs.

However, as I already mentioned, music doesn’t necessarily needs visuals. Stockhausen once said that music has the beautiful power to link people with the invisible because it is itself invisible. So if you are a video artist and you want to put your hand on some music, you have to see the opportunities the music provides you. And you need to be sure about what you want people to see. When your work is published, your interpretation of the music will remain as a visual statement and may unintentionally steal the imaginations of other listeners. But that sounds more pessimistic than it actually is. Not all visuals match every sound, of course. But both of the artists, Irwin Barbé and Louise Ernandez, who directed and cut the video for my track ‘Exo’, are true masters of their profession. The situation where this time I was the one who produced the sound and somebody else directed a video according to it, was very exciting. The video not only visualises this one track, for me it is some kind of abstract of the whole tape.

KALTBLUT: Can you tell us a little bit about the photography project that you are working on currently in correspondence to your music?

Phil Struck: My photographic work ‘Leftside/Outfield’ documents the scene of contemporary alternative and experimental electronic music. I am exploring different characters with various musical approaches and influences in a genre that seems boundless these days. By genre, I mean, electronic music itself. My project doesn’t need a lot of explanation yet, I think. It’s basically about meeting up with interesting musicians who go their own way, and have found their own language in relation to sound. In the end, the final photo book should reflect this freedom of expression that I feel in the electronic underground music scene today.

KALTBLUT: What sort of shows and clubs have you performed at?

Phil Struck: For the majority of 2016 I hadn’t played a single show, until some friends organised an event last November at Oma Doris in Dortmund, where I then did play. It was a pleasant gathering and there was also Felix aka. Phil Latch playing some records that night. He is running LL.M. I was playing the warm-up together with my buddy Jonas, so Felix and I had some time afterwards to talk about my music and his label. He was tracing my production progress closely over the last years, and it felt right to start working on a release together.

KALTBLUT: What is it about the alternative club scene that you like so much? 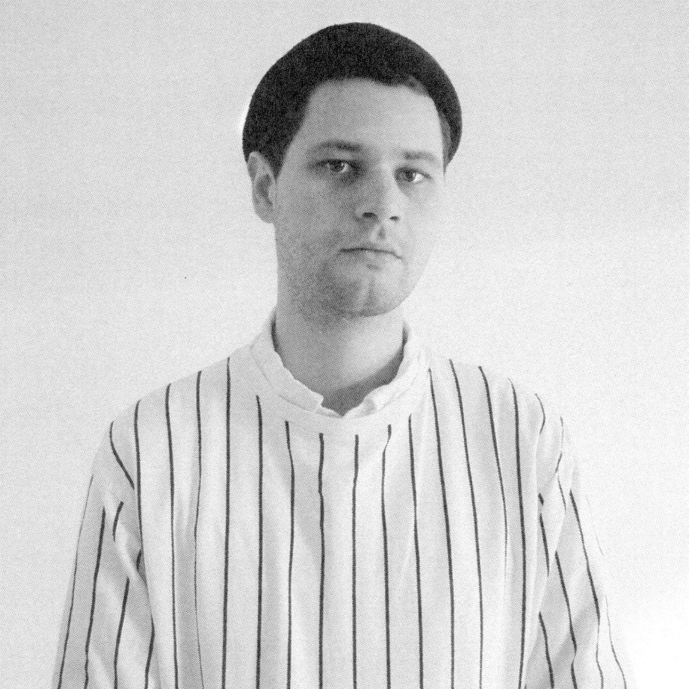 Phil Struck: As I already mentioned, I like all different facets of music that you can expect from clubs like the Pudel or Salon Des Amateurs, for example. There are no genre boundaries that would exclude this or that track – everything seems to be possible. It is also a lot about putting old(er) music in a new context and experimenting with tracks that never meant to be played in a club. This scene never isolates itself from anyone with anything and that’s the most important thing.

KALTBLUT: What is the experimental electronic music scene like in Hamburg where you live now?

Phil Struck: Since Golden Pudel burned down in February last year, it became a bit silent. But here and there, there are some good events like the ‘Music From High Wires’ concerts at Kampnagel. Or interesting club nights at Golem. Nevertheless, we are all waiting for the Pudel to reopen very soon.

KALTBLUT: You were born in Kiel, North Germany. How was it growing up there?

Phil Struck: It was great and one of the reasons I wanted to move back to the North after living in Dortmund for three years. Sometimes I secretly wish to move back. It seems like time passes way more slowly up there. And due to its location by the Baltic Sea, I feel very connected to the whole Baltic region.

KALTBLUT: Cassette tapes seem to be going through a resurgence since their peak in the 80s and 90s. Why do you think that is? And why did you decide to release your album on cassette?

Phil Struck: I think that the cassette has always been very important to experimental music and the DIY community, because getting your tracks pressed on wax was (and still is) a tough job and of course not cheap. When you do experiments you never know if they work out, so why invest a lot of money on vinyl, when you can create a personal and lovely product for less than half of the price at home? Perfect! The vinyl industry today has to fight with an enormous workload, so you additionally have to wait for a long time until your EP or album will be pressed. I think that is why the cassette is coming back to life, with all its (dis)advantages!

As well, I recorded the tracks on ‘Klint’ in the same period of time. They belong to each other and I didn’t want to split them up. So rather than signing one or two tracks to a label for a split EP on vinyl, I preferred to release them together as an album. The cassette feels like the perfect medium as it combines a nice physical product with the advantage of a quicker and cheaper production process in comparison to vinyl.

KALTBLUT: Can you tell us a little bit about your process of making music?

Phil Struck: Sure, but I have no particular workflow or secret recipe that I could reveal here! I don’t do music every single day, sometimes I’m not working on anything for weeks but then I always reach this point where I get inspiration, mostly from listening to other music. Then I have to stop everything else and start with some basic sketches. I try to record as many sketches as possible because this spontaneity creates the best ideas. Sometimes I begin by digging samples in my record collection, or on the internet. And sometimes I just play my synthesizer. It really depends on my mood and the idea I want to catch. Working out the early sketches does sometimes take weeks. I’m kind of a maniac and really bad on reflecting whether a track sounds finished or not.

KALTBLUT: Are you an early bird, or a night owl? When do you find yourself being most creatively productive?

Phil Struck: Definitely a bird but not necessarily a super early one. My perfect day starts at 10am with a fresh French pressed coffee after a long shower. That’s when I would say I’m creatively the most productive. 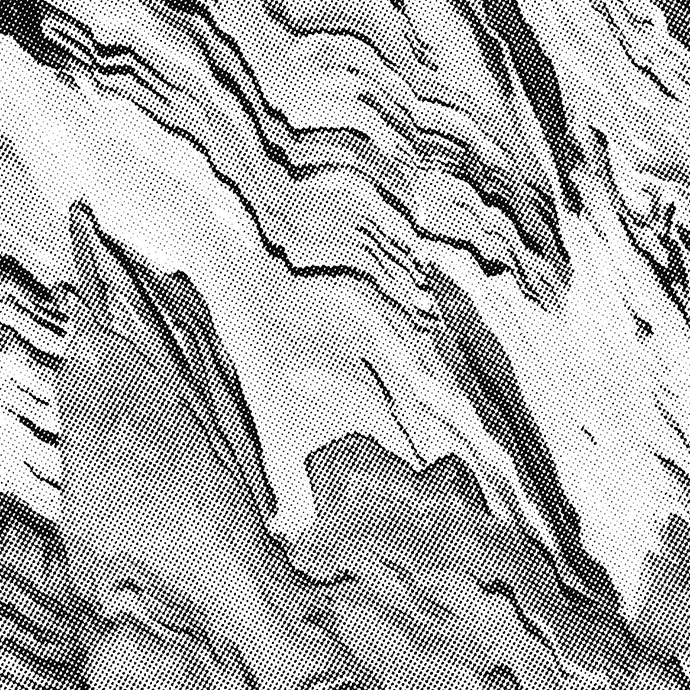