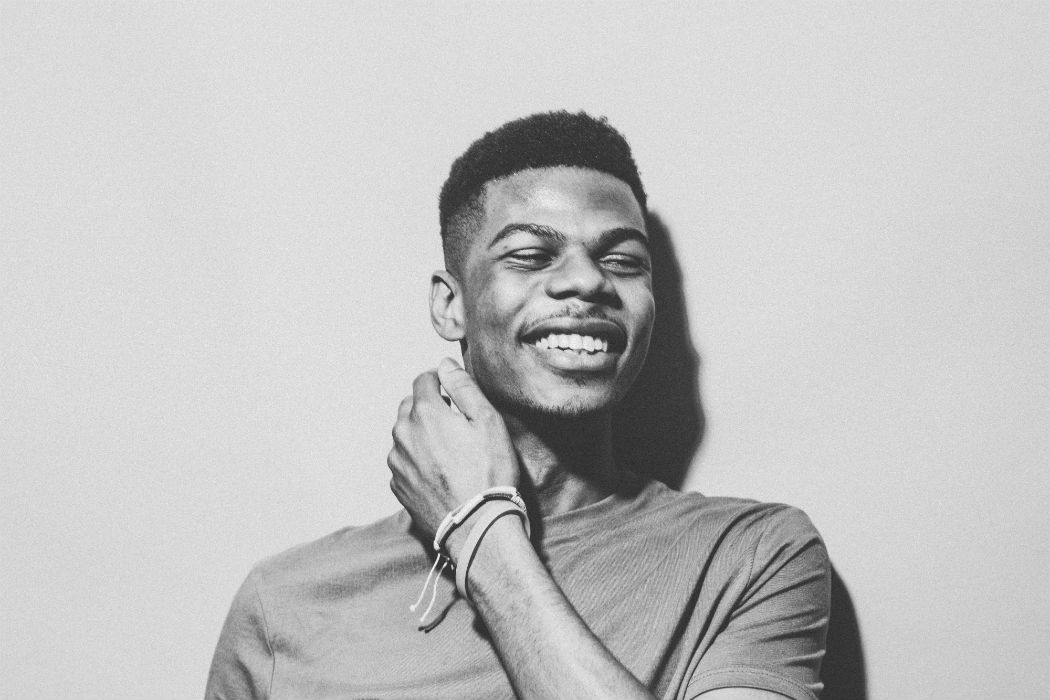 St. Lucia born, London-based producer Poté has been making a steady stir on the electronic scene over the past few years, gaining big support from Radio One’s B.Traits, Toddla T, DJ Monki, Annie Mac, Huw Stephens and MistaJam, including a release through multi-award winning independent record label Black Butter Records and Branko’s Enchufada Records. With the recent release of EP ‘Over The Water’, we have an exclusive and thoughtful insight into Poté’s personal lyricism and the chance to learn more behind the visual prologue for the EP, created by and starring Poté himself, and just what prominent themes play a particular part in the creation of ‘Over The Water’ (out now via via The Full Hundred).

Confliction
“Confliction must be the most prominent theme running throughout my ‘Over the Water’ EP. It’s the consistent inner battle between wanting to fit in and being unapologetically whoever I want to be. These conflicts were often followed by cries for the freedom of my childhood growing up in St. Lucia, with lyrics like “Burning up, cos you’re not here” on title track Over the Water. This topic is further explored in the video prologue for my EP, with the joy of being who I am, followed by a drastic cut and static noise. ‘Over the Water’ EP marks the end of that period, and a real burst into what I’ll be exploring in the near future, musically as well as visually. It also marks a huge thirst for creativity in general, and excitement moving forward.

Diaspora Blues
This theme is perfectly explained by a short poem I read recently by a Nigerian writer called Ijeoma Umebinyuo: Diaspora Blues

Both the EP and the video prologue skip around the concept of the diaspora, and the feelings that come with it. My poem ‘Mirror Me’ appearing in the prologue in particular, explores those feelings of being lost in a foreign world, in the opening stanzas.

“Mirror me this
**
Trapped in a bubble
Bubbling”

This is something a lot of kids around me during school felt and struggled with. It’s also to make people aware that this struggle is a shared one, and one that can be openly spoken about. It sprung a great importance for me to just be whoever I wanted to be, which is something I hope people take out of this release.

Self-reflection
Self-reflection has been a huge step in the creation of my EP. Simply taking time out in order to think and write poems about my experiences has fueled the entire creative process, giving a whole new depth to my music, even though each track was created a while apart. It’s also a theme I have explored in the title track Over The Water: essentially me reflecting on my childhood in the little town of Praslin, St. Lucia in the Caribbeans, which is perfectly narrated by the incredible voice of a local artist and friend of mine called Flaurese.

Influences
Many influences had to merge and live together in order for this EP to come together as it did. From the artwork, to the Prologue, the poems as well as the music itself. All of this stemmed from a conversation I had with my father about two years ago, where he persuaded me to add more St. Lucian influences into my world of music & art. I followed his advice and suddenly fell in love with writing music again. This birthed the artwork idea for the EP, which was drawn by British designer Andy Hayes, along with the music and poems I wrote. This tip from my father, pushing me to use my own culture as a source of inspiration has lead me to open myself to a new world of artistic influences, both internal and external. It resonated with me a lot, and even to this day influence some of the clothes I wear.”

‘Over The Water’ is out now via The Full Hundred