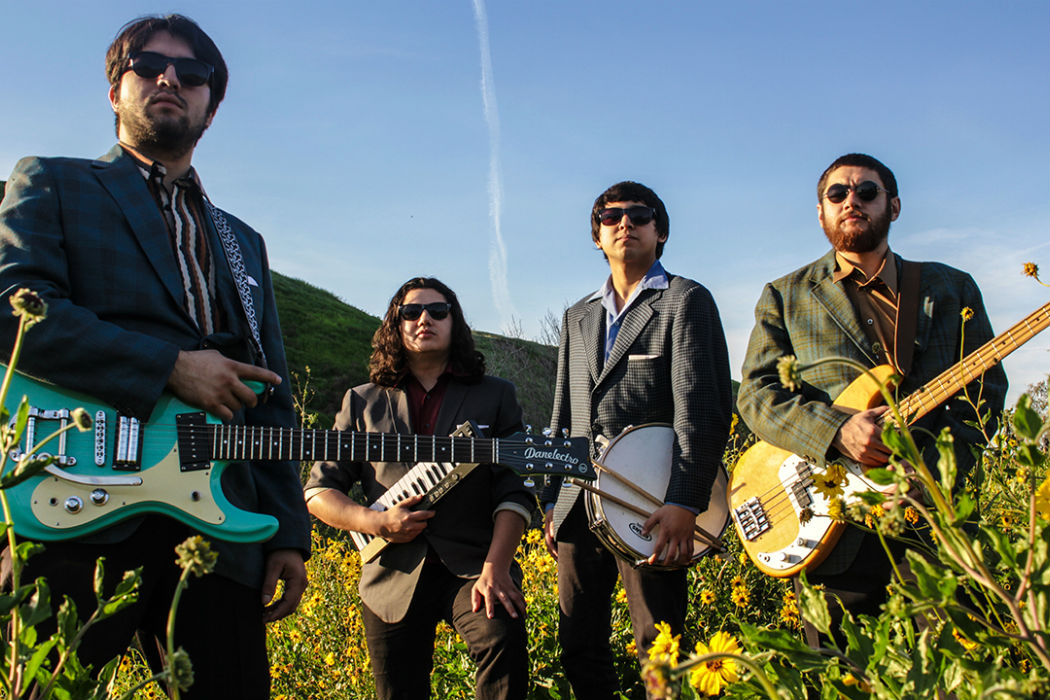 KALTBLUT: Where does the name of the band come from?

Jose Cruz: So the band name stems from the band originally being conceived as a duo. We were very much into duality and water so naturally, that’s where “Twin Seas” comes from but funny enough, at shows, folks like to mush them into one word, “Twinsies”, so that’s fun for folks too!

KALTBLUT: What about East LA specifically inspires the sound behind Twin Seas?

Cruz: Definitely the musical diversity. I live in a very musical home, called La Mina where a lot of Latinos come to hang out, jam, rehearse and this is where we rehearse and record ourselves. Every person that comes by brings their sound to table, and when you’re rehearsing in one room and salsa band is jamming in the living room, and a cumbia band is jamming in the back, that has to be some kind of inspirational!

KALTBLUT: What would you like to see more of in your local music scene?

Cruz: Well something that I would love to see more of in our local music scene, not that there isn’t already some going on, but definitely more musical collaboration! There’s so many talented bands and musicians, it would be cool to see more bands intermingling live and in the studio, jamming and collaborating together.

KALTBLUT: Can you talk about the narrative behind “Surf Wave”?

Cruz: So Surf Wave was the first song that I (Keyboardist, Jose Cruz) and singer/guitarist, Eddie Bueno, collaborated on together, before Twin Seas was a band or before we even had a name! We originally wanted to be a duo where hheand I wrote these songs and then we would invite other musician friends to plan on our tunes kinda like Gorillaz. So Eddie and I made a demo of the tune and showed it to our good friend Gabriel Villa, drummer of Chicano Batman, and asked him if he would be down to record drums on it. He was totally into it and he dropped drums onto it. We then recorded everything else between Eddie and myself aside from the background vocals that were added by our other friend, Chrisol Lomeli and that was it! We had our start towards this new venture that would become Twin Seas.

KALTBLUT: What’s the story behind the band? How did you get together? What keeps you moving forward as a band?

Cruz: Eddie and myself have been playing in various bands together since 2014 but when I switched from playing guitar to playing synths and went from writing blues-rock tunes to dreamy new wave-inspired songs, that’s when we realized that this was what we wanted to pursue 100%. We started just writing and recording songs as a duo but once we decided that we wanted to be able to perform our songs, we rrecordedour homies, Carlos Canovas on drums and Fabian Marquez on bass, and we’ve been a happy family since!

A big thing that keeps us driving forward is the definitely the songwriting process. We love experimenting with new sounds and recording techniques to try to pull off the sounds that we hear in our heads live and on the record.

KALTBLUT: Who are you listening to right now?

Cruz: We all have various tastes but some of the stuff we’ve been listening to right now is, The Smiths, Daft Punk, Soda Estereo, Melody’s Echo Chamber, King Gizzard and The Lizard Wizard, and Unknown Mortal Orchestra

Cruz: Definitely food, comic books, and anime! Those three things are usually our favorite topics at pretty much any time. More in-depth, sushi and Sapporo, The Flash, and My Hero Academia respectively.