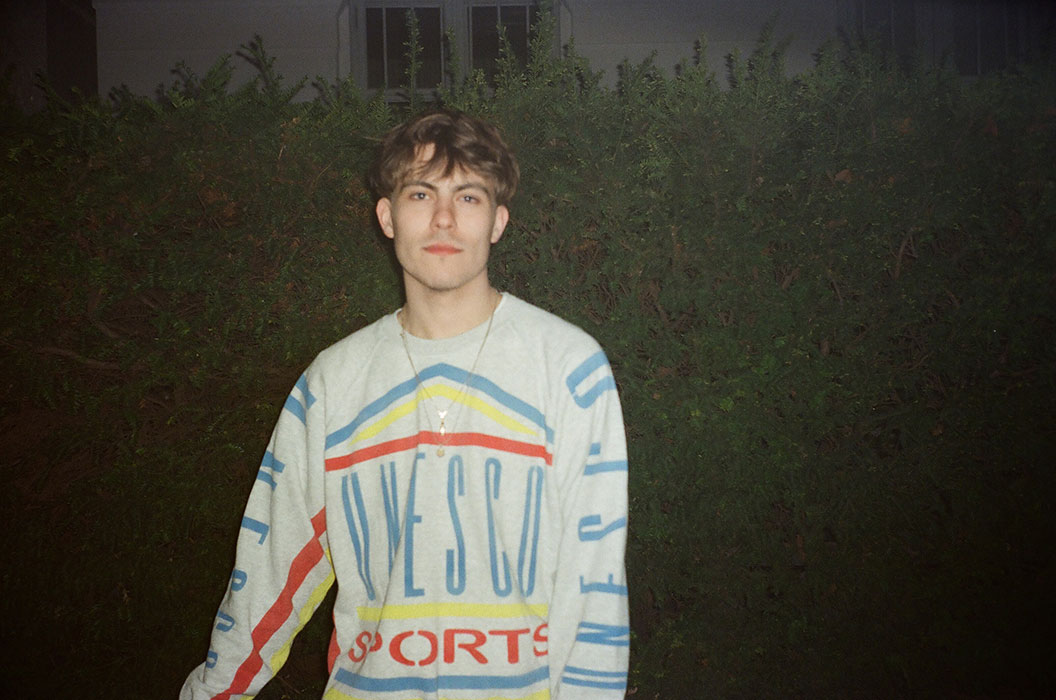 Escape into 22-year-old Vienna-resident Wandl’s smooth second single and music video for “Window Color” taken from his debut album “It’s All Good Tho”. His longplay-debut “It’s All Good Tho“ brings his take on melodic vocals and experimental, bass driven instrumentals to the fore. His EPs “Milk”, “Soon” and his Affine-debut “Far Way Home“ stretch out his personal vision of brainfeeder-nerdism and state of the art bedroom-soul. On “It’s All Good Tho” he plays almost all the instruments, channels his vocals through machines, alienates and exposes them – and he’s not shy of monumental hooks.

After recording “Geld Leben“ with Crack Ignaz, Wandl, isolated himself and retreated to his den. Being alone in his Wandl-crib or at the studio of his labelmate, mentor, and guest on the album, Dorian Concept, he wrote songs on guitar, rhodes, violin and synth and sang cranky-beautiful sketches into his phone, that turn into post-R’n’B-gems. During the production the St.Pölten born multi-instrumentalist temporarily moved to Hamburg to write the orchestration for the play “Der gestohlene Gott”. By day he worked on the theater production, and at night he recorded vocals at the grand piano in the massive and inspiring lobby. Throughout the three performances during which he partly improvised some of the sound design, Wandl further developed his intuition.

You can hear some of that dramatic composition on “It’s All Good Tho”. “Fever” is an intimate Laptop-slow-jam, revealing a lot of Wandl’s inner life and expresses rage, self-doubt and transience. On the enchanting bipolar-blues “Window Color” he also touches upon death, but favors life in the end. Then on “Gay” it gets really brutal, as he sings: “I cut myself up, ‘til I need some help, I bleed myself out, then I clean the floor“ – before heading off to the bright sun. “Hell” with Cid Rim is as close a near-death experience can be experienced sonically. A vivid descent into hell. Despite these depths and its Lo-Fi-appeal, “It’s All Good Tho” is a single peak. Hopeful and pacifying. “Cola”, the first single, is a straight summer-tune that fit seamlessly into mainstream-radio and shows that the timid musician must surely be Austria’s next top export.