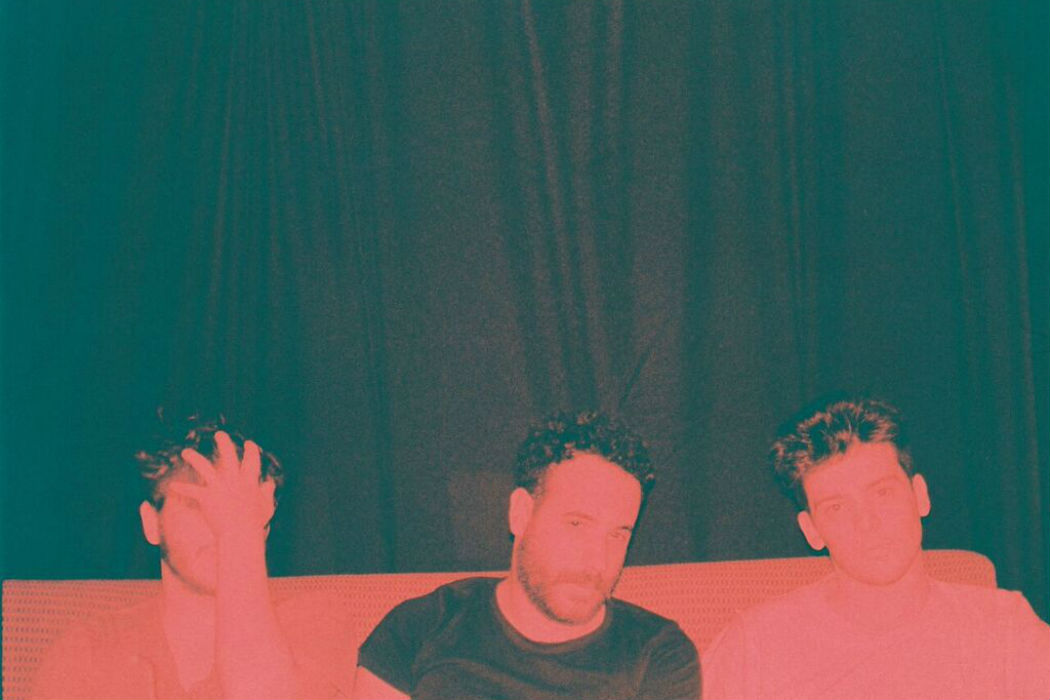 Portuguese outfit Whales are a mysterious and intriguing trio that find themselves appropriately difficult to search on the web beyond musical treats strewn across cyberspace with oceanic references (cue mass of images of, er, whales and the music these creatures make). Having worked extensively with ex-bandmate and breakout artist Surma (featured in the likes of Music Week, NPR and the Line of Best Fit), Whales are now branching out by themselves, bringing together their own blend of indie electro and classically inspired influences.

With remarkably memorable song titles on their debut album Whales, it propels the listener to delve deeper into finding the connection between these so we definitely recommend a play at the very least. And to add more strings to the creative bow, Whales have collaborated with the Leiria based CASOTA Collective for their music videos (How Long, Ghost), resulting in creating an arresting visual space which nods to their musical evolvement since debut single Big Pulse Waves. Securing slots at international festivals such as NOS Alive, Thermometer Festival and currently undertaking their own European tour, we managed to accost Whales for a few minutes to tread water with us.

KALTBLUT: First and foremost, your track title ‘Did you know that a blue whale’s tongue can weigh as much as an elephant?’ How true is this?!
Whales: Ahah, good question! It really is true. When we were picking the names for the songs, we were randomly searching about whales and that fact caught our attention. We wanted to have a name in that song that would be extremely long. It fitted the purpose.

KALTBLUT: What inspires your epically named song titles and do they have a resonance with the song itself? (Twerp for instance, fantastically and disjointedly melodic, we weren’t expecting that! Similarly with Beyonce, I love You).
Whales: We don’t like to give direct names to our songs, even if we have some, like “How Long” and “Ghost”, so we try to get one that transposes the feeling or the meaning of the song. For instance, “Twerp” is about the people described in the lyrics, “Beyoncé, I love you” refers to the sensuality of the song, and so on.

KALTBLUT: Going back to your name and tracks (Nharwal, Did you know…, Big Pulse Waves) where does the obsession with these mighty creatures of the sea come from?
Whales: They are kings in the sea, huge and beautiful, singers of the great ocean. How could we not be in love with such creatures? Despite being a natural process, we transmit our admiration for these creatures in the names of the songs.

KALTBLUT: Your ex-bandmate Surma seems to be flourishing as a breakout success. What was it like working with Surma? And for our unfamiliar readers, would you say your project is an extension of this or can we expect something different?
Whales: It was wonderful to work with Surma, she is a very funny person, always happy and she has the capability of making everyone near her happy. Besides that, she’s a great musician and has a brilliant voice but the paths we’ve both taken since the separation were completely different and that makes the projects very different.

KALTBLUT: Was moving away from an indie guitar-driven sound (Big Pulse Waves) a conscious decision?
Whales: We think about it as a conscious/unconscious decision, when we started to write the songs for this album we were listening to a lot of synth-driven music and naturally we started to explore that kind of world. We still love those energetic guitar riffs but we think that no longer defines our own sound. We’re happy to think that we got our own space in the music universe.

KALTBLUT: You’ve created a deliciously expansive sonic experience when journeying through your album. Can you tell us a little about your collective inspirations that helped shaped this?
Whales: It’s really hard to tell, we were listening to a lot of different music. Maybe mixing these different kinds of music gave us a glance at the path we wanted to take. Raw energy but also feeling and sensuality.

KALTBLUT: The music videos that have been created have a strong intriguing narrative playing with the visuals. How involved are you in the conception and production of these?
Whales: We were fully involved with the conception and production of our videos. Casota Collective, the audiovisual group that made the videos are friends of us so it was easy for us to work altogether. We normally think of a concept or idea together and they help us turn it into a coherent work. Even in the shoot days we are there helping and fully involved in everything that happens in and out of the set.

KALTBLUT: Whales are in the midst of a European tour at the moment – are there any highlights that the audience should look out for in your live shows?
Whales: We just want to people come and have fun with us, making people dance and have a good time is our thing, so if anyone is in the mood to have fun we promise not to disappoint.

KALTBLUT: Finally, what are your plans after touring?
Whales: Play, play and play. We just want to have a full schedule to get better and better and to show our album and music to the largest number of people we can.