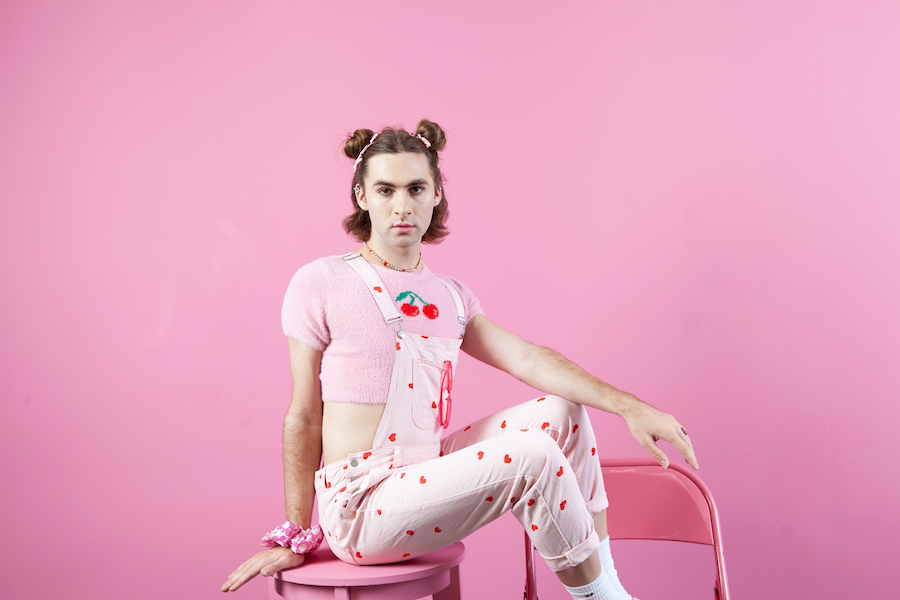 “Take a step into my mind – The walls are painted bare – Can’t sleep till 6 A.M. – Numb from the fact that you don’t care…” Introducing singer, actor and LGBTQ+ artist Jarid Root and the new single “My Bed’s A Magnet”, off of the debut EP “Devil’s Advocate”!

Escapism is the central theme of “My Bed’s A Magnet”, taking the listener down the rabbit hole of life’s madness, grappling with all of life’s expectations and not being able to meet them all the time. The knock-knock beat of this future-pop song emphasizes the pounding, overwhelming feeling of adolescence while one’s bed may very well be the only safe haven for peace and quiet — and dreams. Only those dreams shift into nightmares as Root recalled sleepless nights and others awake at all hours.

“I started completing “My Bed’s A Magnet” when the pandemic happened. I was going through these extreme, depressive episodes where I couldn’t get up for days, but went to sleep all day to avoid the fact that I was disappointed in myself or just existing as a whole because I couldn’t really deal with it. I wrote it when I started moving out on my own, into adulthood. The song is about sleeping away from your problems which can be amazing but it can also be a nightmare by not actually dealing with them”.

Jarid Root embodies the title of his debut EP Devil’s Advocate, becoming his own champion, shedding light on the days and years he was his own worst enemy. Music and performance have always been in Jarid’s DNA though, he just lived in its grey areas, eager to explode into the colourful fully-formed artist that he is today.

At just 21 years of age, Jarid Root is a self-made multi-media persona, a performance artist, singer, songwriter, director and producer, grounded in years of training since he was a kid. The Illinois native grew up in a small town of 6,000 people with his three siblings, moving to Louisiana when Jarid was eight with their parents. On a trip to Dallas, TX for modelling, acting and singing Talent Expo with 3,000 entries, Jarid won the top prize ultimately finding the young performer being scouted by a talent manager. After a year of trips to Los Angeles for auditions at age nine, the family relocated to Bakersfield, CA where Jarid’s father found work.

Jarid booked numerous acting roles on shows such as Criminal Minds, The Fosters, Nickelodeon’s Deadtime Stories and others on Cartoon Network in addition to modelling stints such as appearing as an androgynous boy in a high fashion campaign for superstar photographer Steven Klein. He was navigating a career as a child actor while being homeschooled. Though acting became his breakthrough, music was always his passion and Jarid’s musical journey began to take shape at 11, when he first got into songwriting. A decade of taunting, bullying, trauma at home, experimentation, first love, loss, embracing sexuality and eventually coming out all made their way into Jarid’s deeply personal first project, with controversial topics ranging from school shootings and mental health to struggling over identity to conversion therapy.

The music Jarid Root created on his new EP Devil’s Advocate answers some questions, raises numerous new ones and provokes listeners on a variety of real-life issues darkening American society. His music and accompanying videos cover the messy and chaotic years of high school and what blurs before and after that period in his life. Ultimately, Jarid never officially came out until the summer of 2020, following high school, and it was a pivotal moment in his adulthood and life as an artist.

“It was kind of explosive when I did finally come out, but over the past year and a half I’ve gotten more comfortable in accepting myself and people have been more welcoming of me. I think that story is important to tell because there are so many LGBTQ+ kids and artists but there’s no harm in another one especially when it’s completely honest”.