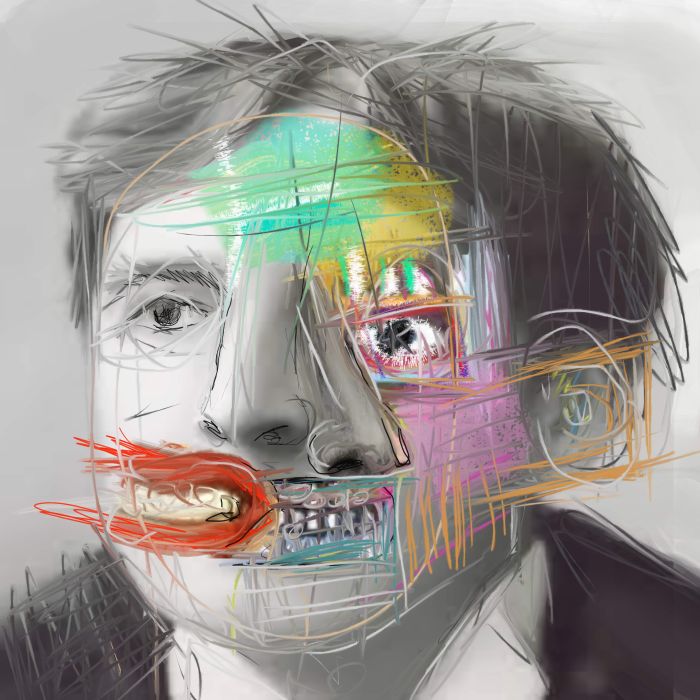 Born in 1980, the Costa Rican artist John Paul Fauves embodies the transformation of his birth year. Beginning to exhibit internationally only last year, he is now a shooting star. Pop Art, Neo-Expressionism and the 80’s luxurious flair collide in his colorful paintings. His participation in the project Arte de La Peer in West Hollywood will stay in the memories.

Through his name, Fauves was destined to be inspired by the early twentieth century movement lead by Henri Matisse and André Derain. The legend says that the movement gained its name when the French critic Louis Vauxcelles described the works as « Donatello chez les fauves  » (Donatello among the wild beasts). John Paul Fauves inherited the bright colors, and the screaming compositions that he twists with influences from Jean-Michel Basquiat.

His works show Pop Culture Icons such as Andy Warhol’s Marylin and Disney characters, their figures disassembled and wildly reassembled. The compositions are often close ups, in the tradition of Andy Warhol’s Pop Portraits. The aggressiveness of the computer generated brush work adds up to the presence of International brands like Lacoste or Gucci who are cited in the works. The chaos of references is sometimes softened by the Photoshop blur.

One of John Paul Fauves’ recent exhibition was entitled « The Loss of Innocence », and it fits specially well to his work. He twists the Popular Icons and gives them a sense of catastrophe, and imminent crash through spontaneous gestures.
Fauves understood the codes of the representation of pop culture – this year, he will participate in Scope Basel, ARCO Madrid and Art Palm Beach in Miami. He is playing with them like a cat with a mouse, mixing the irony of his generation and a certain disillusioned nonchalance.