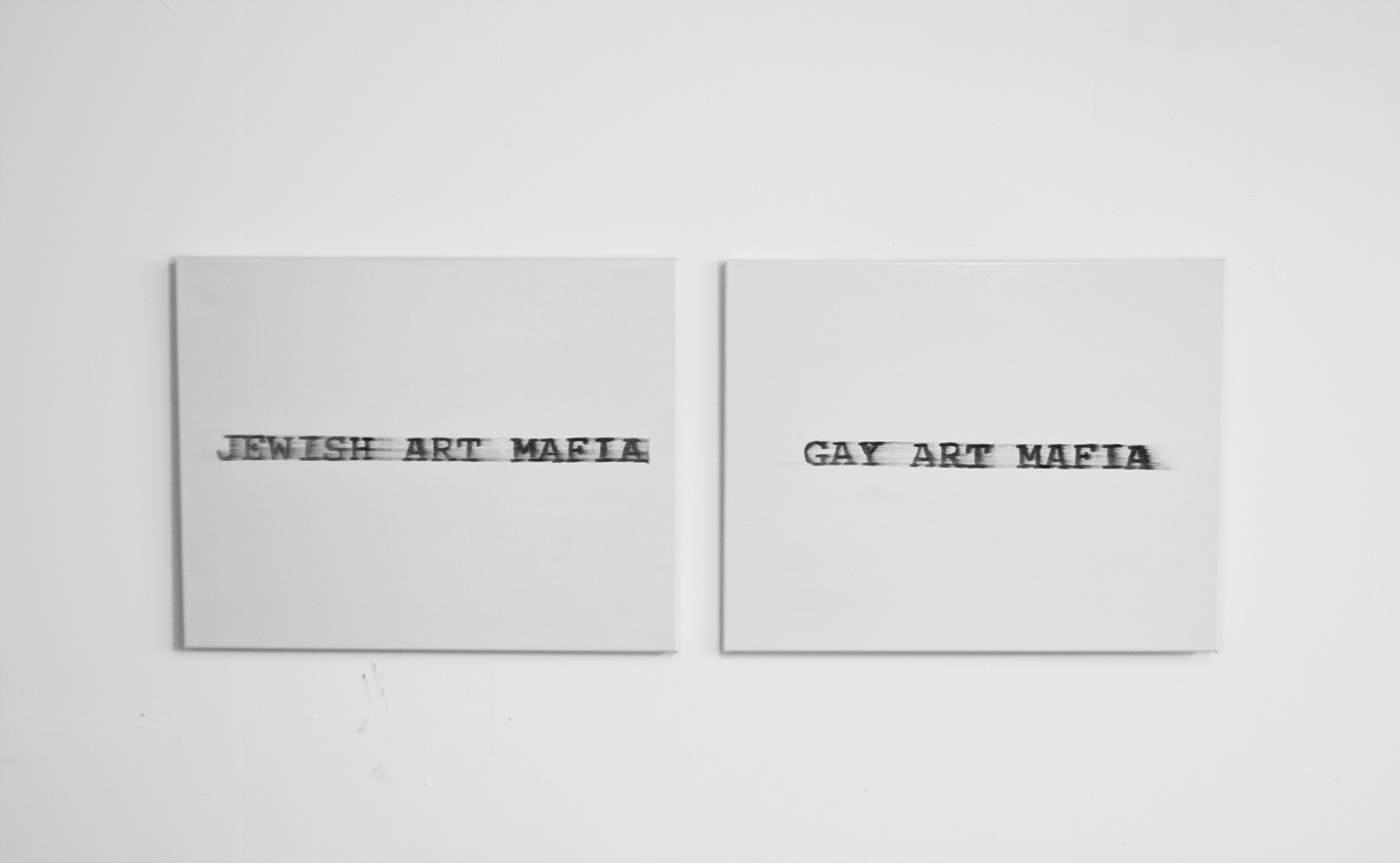 I really like the work of Jwan Yosef. I do think that it’s really different to what is out there at the moment. This is why when the opportunity came to do a little interview, I totally jumped on it. Jwan Yosef currently lives in London.

Kaltblut: How did you figure out that you wanted to become an artist?

Jwan Yosef: I’ve painted since I was a kid, in many ways painting or making art was always something close to me. Being an artist is not only making art but also actually evolving close relations with people in that environment and I think at the time fitting into that environment was something that came very naturally. It was an easy decision to make but it was a process that took years of work to accept myself as an artist.

Kaltblut: What is your favourite medium to use and why?

Jwan Yosef: I’ve worked with oil on Perspex since forever it feels like. Right now I’m working with canvas trying to make sense of its purpose and value in contemporary art. In many ways I always try to relate to the medium or material I’m working with. It becomes more of a painted object that reacts to its surface or material. If on Perspex for instance I try to imitate the slippery surface, in a way creating a reactive object.

Kaltblut: There is a certain form of sexuality coming out of your work, or at least that is the impression that I have looking at it. Where do you get inspiration from?

Jwan Yosef: In many ways sexuality is key in my work, not in the sense that I present explicit objects but more so in the sense of attraction. The look of wet paint or a glossy surface instantly brings a craving to the viewer where one wants to touch or get closer or get intimate.

Kaltblut: Do you have any mentor, artist that inspires you?

Jwan Yosef: I have many, I’ve always looked up to Neo Rauch, Gerhard Richter, Jaan Toomik. I think it’s important to have artists to relate to but that’s not where I find my inspiration. Inspiration I find in everyday things, past experiences and relations.

Kaltblut: With some of your recent works like  “Object” and “Ahmad”, it’s almost like you’re taking a step further in your work process. It’s a bit more than just a painting. Am I right to see an evolution there or do you consider that it all belongs together?

Jwan Yosef: My recent work is definitely an extension of my previous painting. I’m tackling my own relation to the classical form of canvas painting and also creating a twilight zone between painting and sculptural objects. It is in a way me trying to relate to the stretched state of canvas and its own reaction or more like rejection of its classical condition. There’s a double meaning to the title, ‘an object’ and ‘to object’. I always try to relate to my role as an artist as well, distancing myself to my material and my role.

Kaltblut: You were born in Sweden but you now reside in UK. How will you describe the creative/art scene in the two different countries?

Jwan Yosef: There’s a major difference, I think growing up in Stockholm the scene was pretty evident and quickly became small. There’s a lot of interesting stuff going on in Sweden but its all very much going in one direction. London however is pretty spread in that sense; you see a lot of layers to the art scene and different kinds of work. It’s inspiring as much as it is overwhelming. You can easily just disappear in the scene here, which sometimes is a good thing.