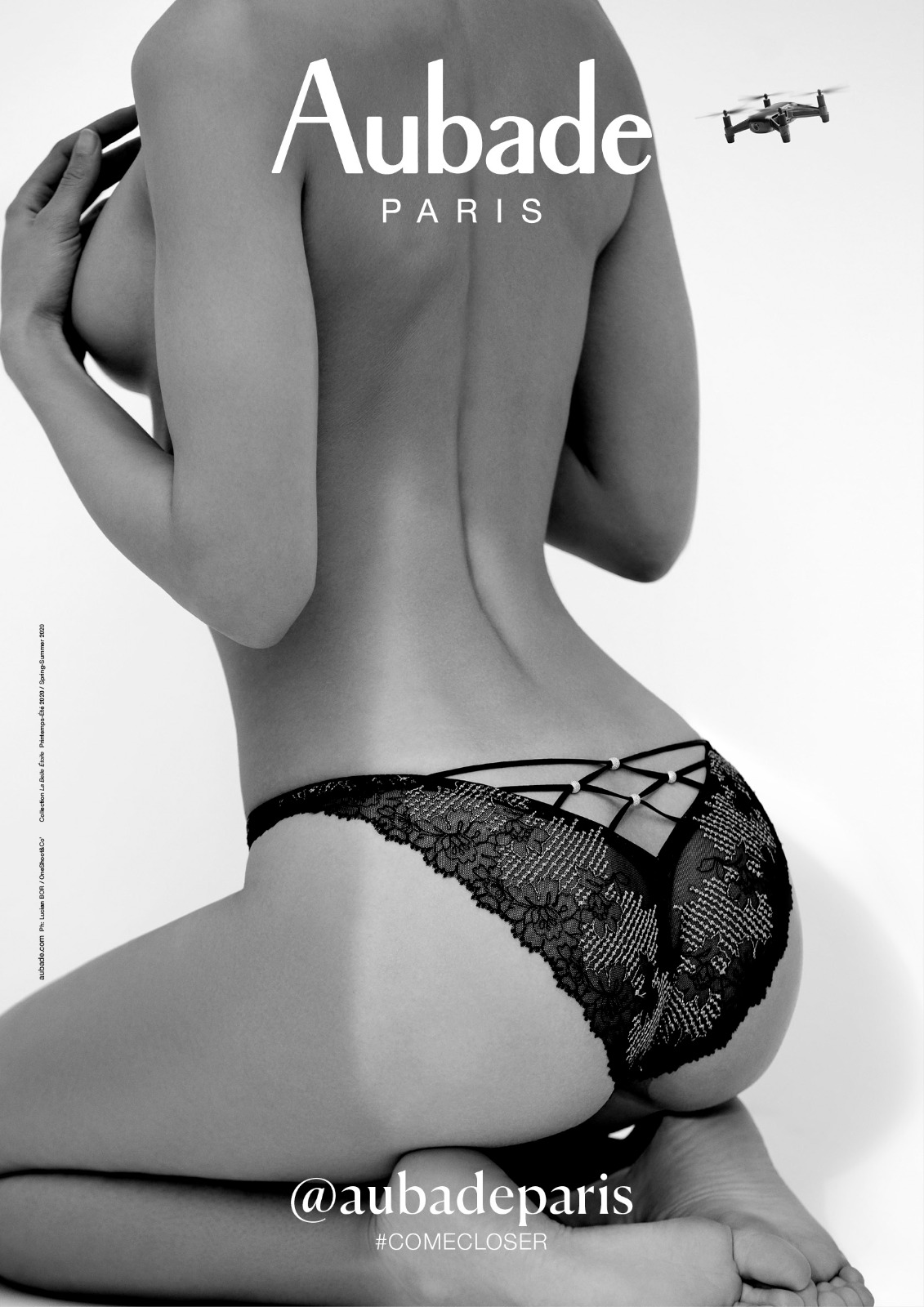 Highlighting their grace and curves, as well as their personality,strength and natural sensuality – this is a tribute to femininity. For over sixty years, this has been Aubade’s mission. A perfect combination of style and wellbeing, every season the House’s collections offer women tools to embody self-confidence and beauty: delicate lace, a bold plunging cut, soft silk or simple stretchy fabric, precise and technical cuts are entwined with a philosophy based on seduction. www.aubade.de

This avant-garde attitude is naturally shown in the iconic Lessons in Seduction. The Lessons are forever in our collective imagination and have begun opening the door to women’s intimacy. A new language was even created around this «art of seduction»: «Do you speak Aubade?”, intertwining words and body with humour and sensuality. Regularly, these iconic black and white advertising campaigns are punctuated with videos.

Today, Aubade is pushing the envelope and has imagined a new concept of viral communication combining seduction and technology, intimacy and interactivity through a 360° campaign. A crazy idea was at the origin of this project, conceived by the Steve agency: bringing a drone and a woman together. Allowing the former to film the beauty of the latter as closely as possible.

And imagining a scenario where one doesn’t know who is playing with whom, and who will tame whom in the end. Because the viewer will be choosing the ending. Starring as the drone, let us present Nino, the world’s most intrusive flying object and a 35-gramme marvel of technology. And as always, the Aubade woman is one and many. She remains faceless in order to embody all women, leaving it to each and every one’s imagination.

There is a third protagonist in the story: the Belle Étoile set, a marvel of embroidery, both precious and lightweight. It only weighs 53 grams but is the weapon of seduction of the Aubade woman to captivate Nino and the viewers… In front of a black and white background, Nino approaches softly: flying over the embroidery, slipping along the straps on a bare back, delving into the small of the back… Nothing in the perfect Belle Étoile set will escape his eye.

In his journey, Nino brushes the woman’s skin, almost caressing it: the camera captures the skin texture, a graceful shoulder, the elegant way she carries her head, a curvy hip, every detail of this beautiful stranger is captured. From then on, they begin to interact playfully: she calls him with a wave of the hand, he flies towards her. She playfully pushes him away, he escapes and returns to admire her under every angle. A playful, humorous one-on-one, completely in line with the spirit and signature of Aubade, celebrating femininity at all times and simply bringing out the best in women.

A bold, ultra-modern form of expression, this short film was directed by Francesco Roversi. From an early age, he would follow his father, famous fashion photographer Paolo Roversi, in the studios and on photo shoots. However, he showed a preference for the moving image and decided to express his elegant, dreamlike style through video. After collaborations with Dior, Frédéric Malle, The New York Times, Vogue and W Magazine, this is his first collaboration with Aubade.