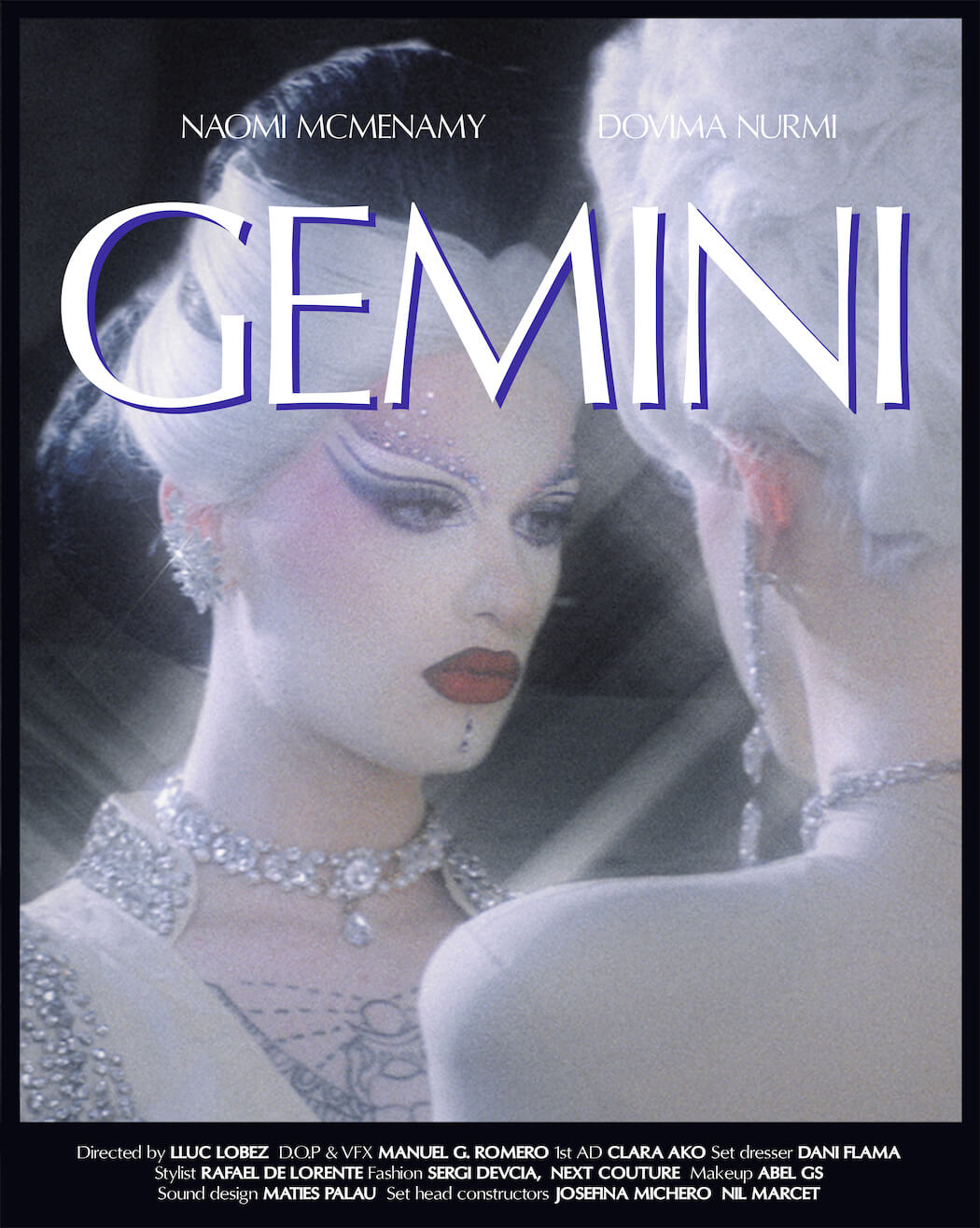 Born in 1998 in Barcelona, Lluc Lobez is graduated in Production Design studies at the cinematography university ESCAC. Although he mostly works as an art director in cinema and fashion projects, he is recently directing his first films.

He defines himself as a non-binary soul, and his work is focused on queer issues and the subversion of gender roles. “I am interested in how LGTBI+ members usually feel alienated in modern society. Many times forced to adjust our self-expression to the strict binary gender system or, instead, being instantly pushed to another “dimension” where we might feel as loveless creatures. Those roles are now changing, and that’s what I want to show in my films.” 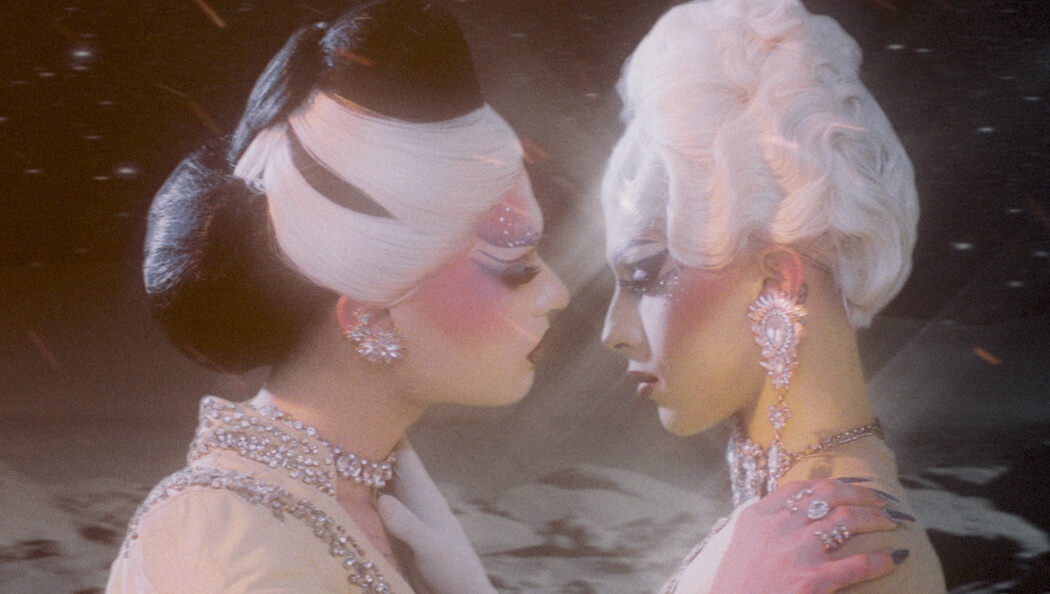 GEMINI is a visual metaphor about the passionate meeting of a non-normative gender couple, inspired by the real relationship between two main figures in Barcelona’s queer scene: Dovima Nurmi & Naomi Mcmenamy. The film is a statement on how queer identities have the capacity to burn and deconstruct together everything around them.

Naomi and Dovima met in 2015 while studying fashion and they became soul mates. They joined forces and started a new chapter of their lives together; that’s what the title “GEMINI” refers to. “When we met, we were very different and at the same time very similar, we fit together like a puzzle” — Dovima says.  GEMINI is a symbol of freedom and duality, the antagonism between body and soul, and also the idea that life has its origin in the union of opposites. 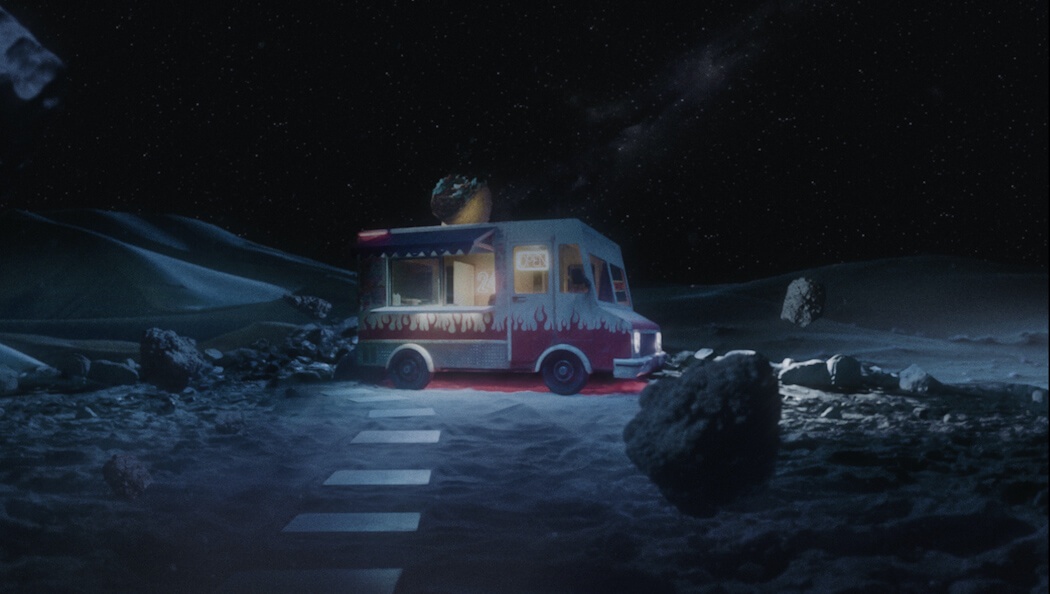 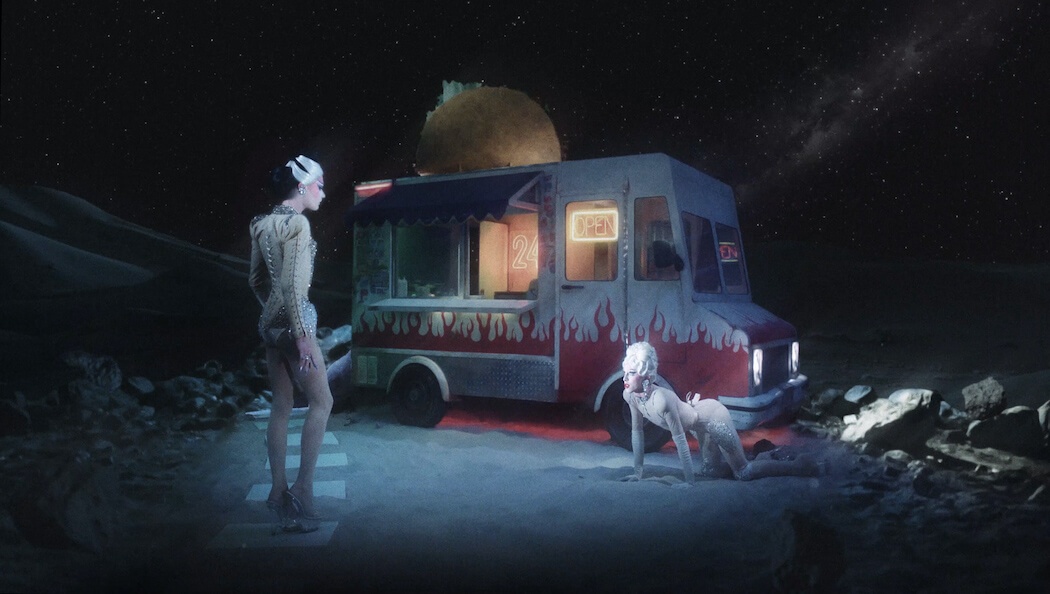 According to Naomi, Dovima helped her out of a sordid lifestyle where she could have lost herself. “Dovima is the other half of the universe we both built, she’s the most important person in my life” — Naomi. When they met each other, they felt their surroundings were vanishing, bringing out the best version of themselves and ready to face whatever got into their path, just like the van on fire does in the film. 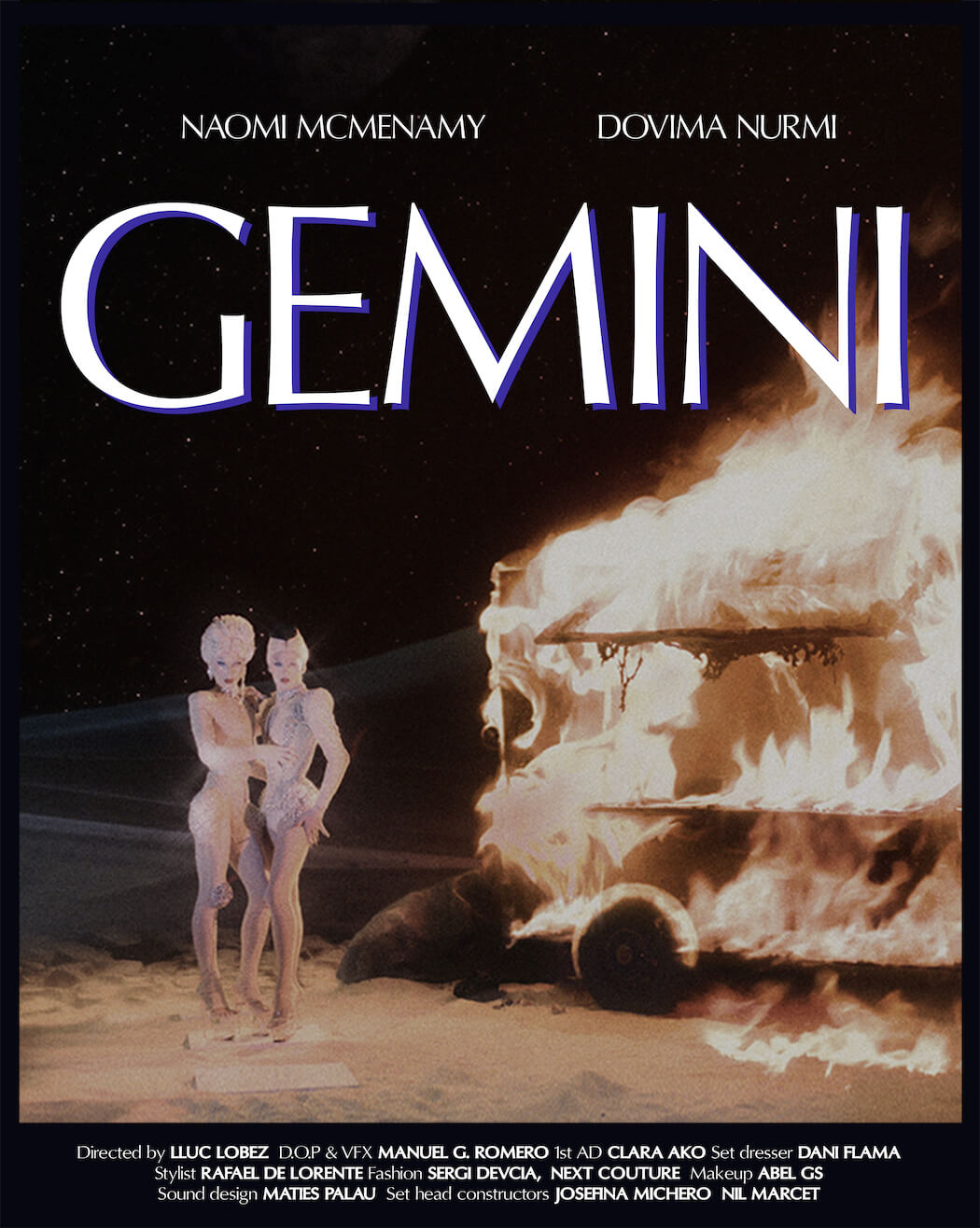