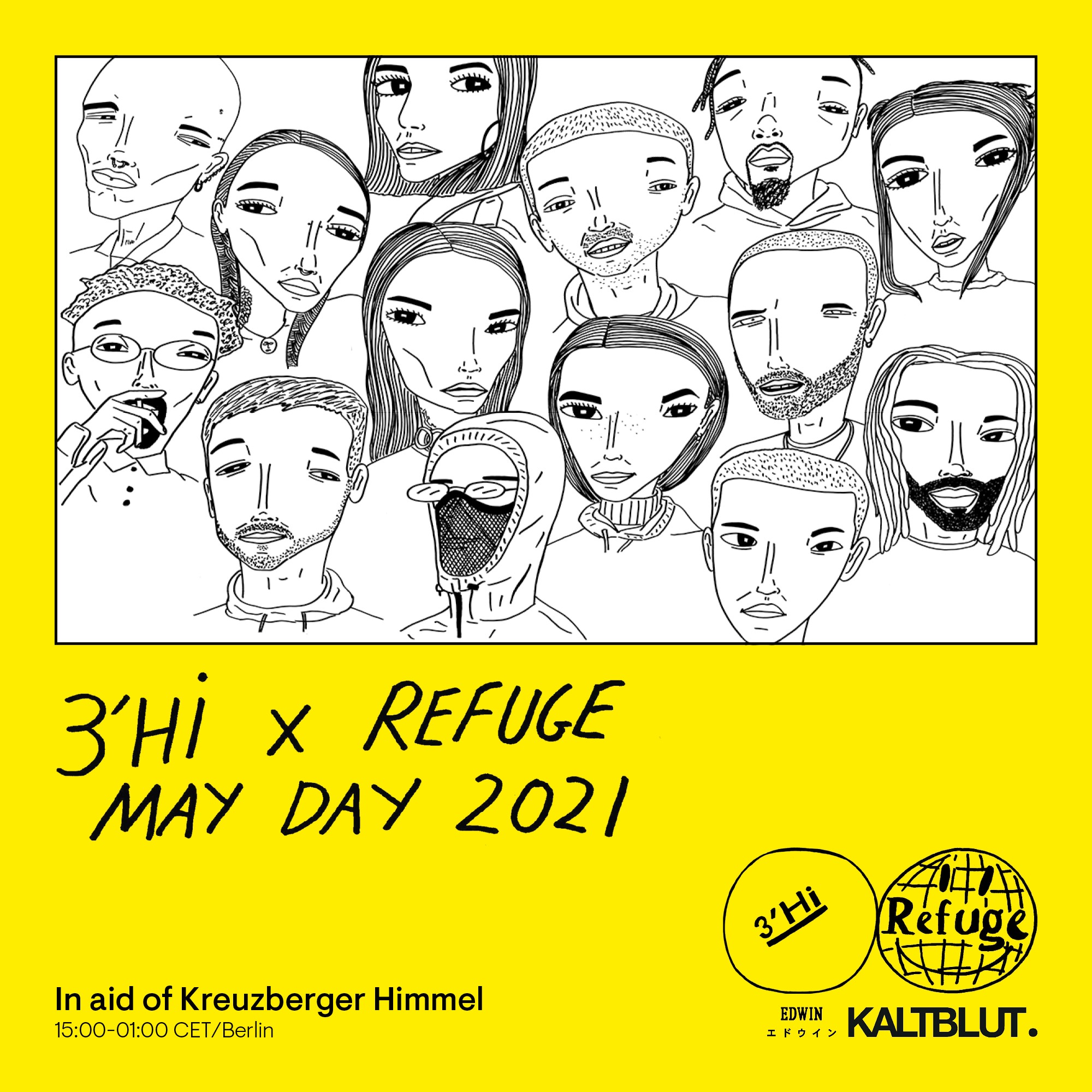 On Saturday, the 1st of May – a really significant day in Berlin, KALTBLUT will be teaming up with 3’Hi and Refuge Worldwide to present a nine-hour programme-takeover.

Refuge was started as a fundraising platform working in solidarity with grassroots and non-profit organisations. This year they launched Refuge Worldwide, a new radio station to amplify the music and issues that we care about, broadcasting weekly Wednesday to Saturday. Since 2015, among others, they have worked with a young women’s centre, refugee housing support associations, a music school for marginalised persons, social equity groups, homelessness agencies, and a shelter for women and young persons fleeing domestic violence. The takeover is running in aid for the restaurant, Kreuzberger Himmel, which was initiated by the Be an Angel eV association and has been a fixture in the Berlin restaurant scene since January 2018 with its team consisting exclusively of refugees. Since the beginning of the pandemic, the Kreuzberger Himmel has stood for much more: Since March 2020, the team has been cooking for all those who are really dependent on outside help: Berlin homeless. Initially, the campaign was financed exclusively through donations, and in mid-December 2020 the Berlin Senate took over the cost of catering for the homeless.