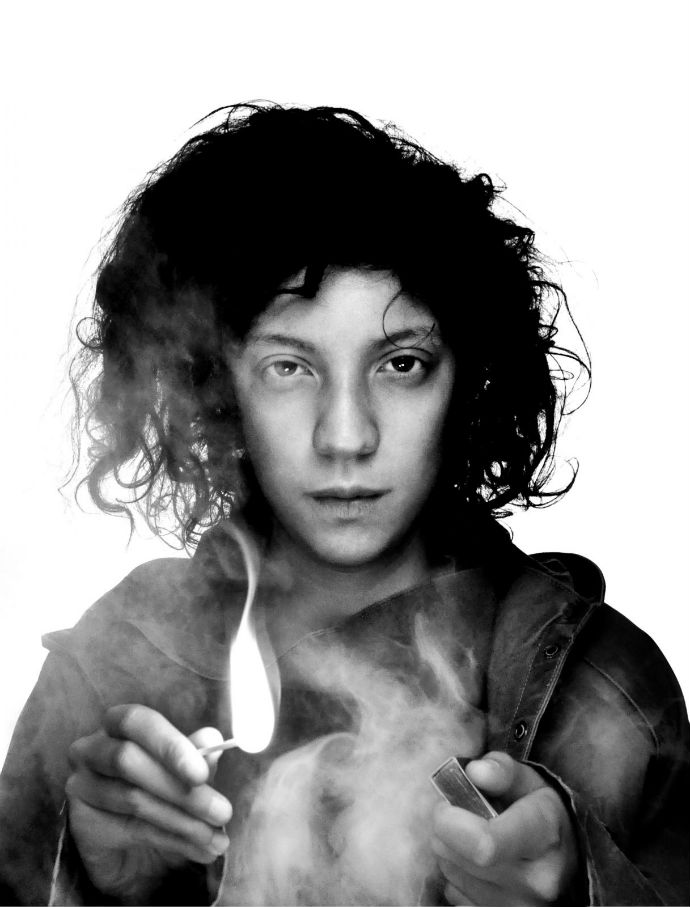 ‘Auaati’ is the third extract from Crave, Léonie Pernet’s first album released on Septembre 21, 2018 on InFiné. This video is the reunion of two artists’ sensibilities, Léonie Pernet’s on one hand, whom we know the multiple engagements, and the one of Lesly Lynch, the director, on the other hand. ‘Auaati’ was filmed in New York City and is following an artistic approach similar to a documentary. Both the artists question the “Muslim queer’s” identity, celebrate love and condemn the Islamophobic plague in our post 09/11 world.

“I’ve always had a spécial bond with this cosmopolitan town that is New York,” says Lesly Lynch. “That is why I wanted to settle Seyyal / Afaq’s story there. A symbol because it is in this town that 09/11 occurred. A turning point in the history of Orient / Occident’s relationship and for Muslims all around the world, particularly those living in Occident. New York is an oxymoron itself because it is also the symbol of togetherness, of cosmopolitan and differences. Their duo represents the cosmopolitan aspect of the city. I merged those two facets of New York in a way that is unique and provocative to make Auaati a statement in a visual poetry.”

This video is the story of a relationship between two women, Léonie Pernet and Seyyal, a woman from Darfur, who fled her country with her family to settle down in America. “ It was something really important not to lie by making up a character that maybe was just fantasized. Two women who are free to live the way they want, free to pray the God they want, free to love each other the way they want to in a society that does not always allow them to be who they really are.”

my fave (recent) collab is dropping in one week ❤️ it’s a music video that uses love & tenderness to fight bigotry and islamophobia in tr*mp’s america ✨ #auaati #leoniepernet pic.twitter.com/1bD0lFKsZs

“To create this expression of feelings and to visually represent islamophobia, I created a video that became the canvas of a deeper statement to question the place of queer people on the Middle East’s culture but most importantly, the place of Muslims in America in Trump’s era. And this, highlighting the impact that Trump’s politic and the Travel ban’s he established can have. It is to translate that impact on the screen that I created that relationship between these two characters. When Léonie is alone, the camera’s movements are straight but when she is with Seyyal, the camera is alive, following natural movements. Blending both creates a roller coaster of emotions.”