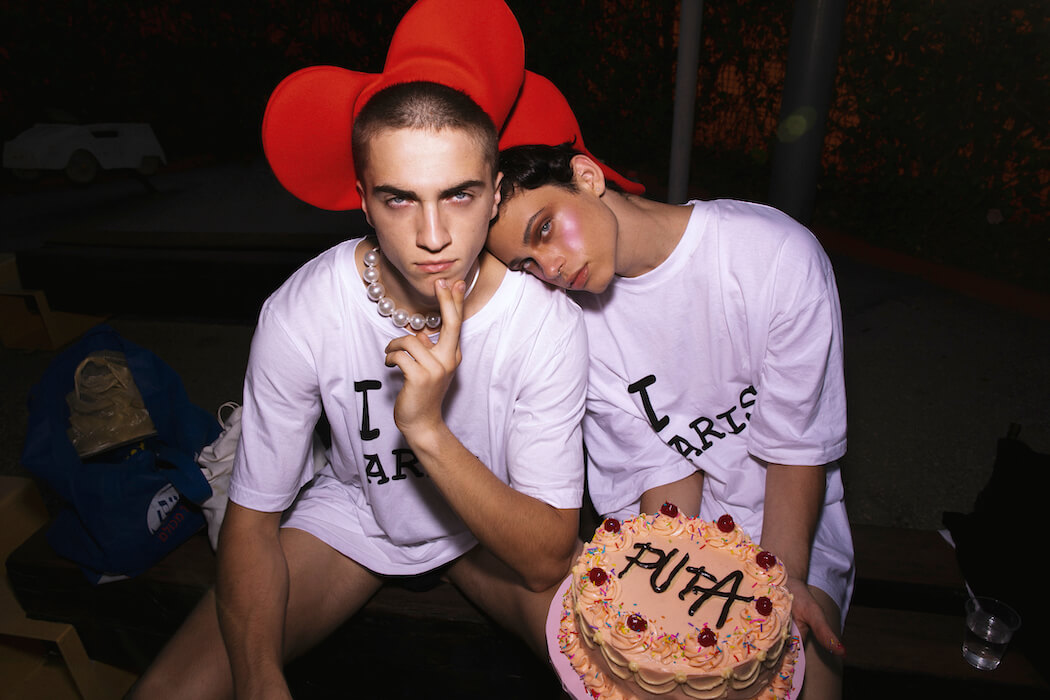 A KALTBLUT exclusive. Photography by Saar Pesach. Design and Styling by Sheer Cohen. Video by Aya Bogod. Models are Daniel Sadovnikov and Uri Hashin. Make up and Hair by Adir Elhayak.

“Mary Antoinette was not the greedy queen as the underground journalists and opponents of the government made her look like during that time. 18th-century France was operated under highly strictest dress code, which prohibits certain items of the lower class, and encourages extravagance
to the upper classes. The king and queen have more value than the people, and their expensive clothing, supposed to prove it. In 1776, the Queen began a fashionable revolt. She abandoned the heavy palace gowns and adopted the “Shemiz” and the male riding jacket.

This look is considered in today’s terms, a combination of lingerie and masculine blazer. This revolt at that time was revolutionary. Today, “Casual Chic” can be associated with Chanel, however, about two hundred years ago, it was Marie who matched this combination. In an age of consuming culture, fast- fashion, and as a result of globalization and mass production, many of us dress the same. One of the biggest trends in the printing of text and branded logos on clothing. While the wearer is trying to look “cool” in these clothes, he actually pays for the feeling the item gives to him, He cares about his image and the opinions of those who will secretly check the label on his buttocks.

In the collection, I have re-designed iconic clothing items, combining them with periodic elements, and adapting them to today’s popular streetwear fashion. I have used familiar logos while addressing
and criticizing the culture of consumption and overload in the fashion world.”