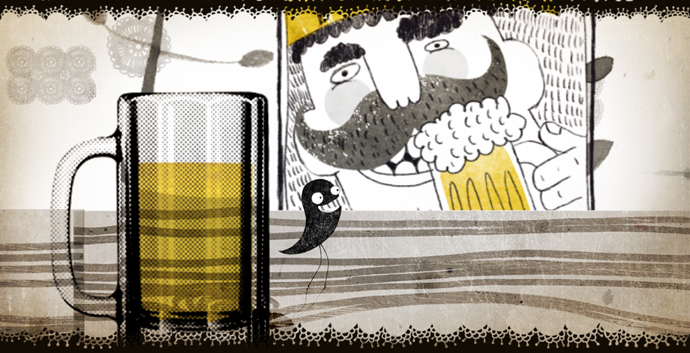 An animated short film! Our friends from 908, a motion design and multimedia production studio based in Berlin, just finished their first animated short movie : “Lost Mustache”. In a Bier Garten, at a beard festival, a little half mustache is searching for his other half. He’s trying his best to find his place, but he’s confronted by a lot of difficulties, whether coming from the others or even from his side. Conformism is everything but a sweet dream sometimes…

908 is an award-winning motion design and visual effects production with an in-house sound studio and team of more than 20 passionate professionals who love what they do. As a design-driven agency known for its originality and sophistication, they produce top-notch visual and audio content for commercials, image/corporate and product films for broadcast, online, events and print. Since 2004 908 works in 2D/3D animation and film production, providing international brands and agencies with a full range of services, which include concept and storytelling, design and look development, CGI, VFX and motion design plus music and sound design.