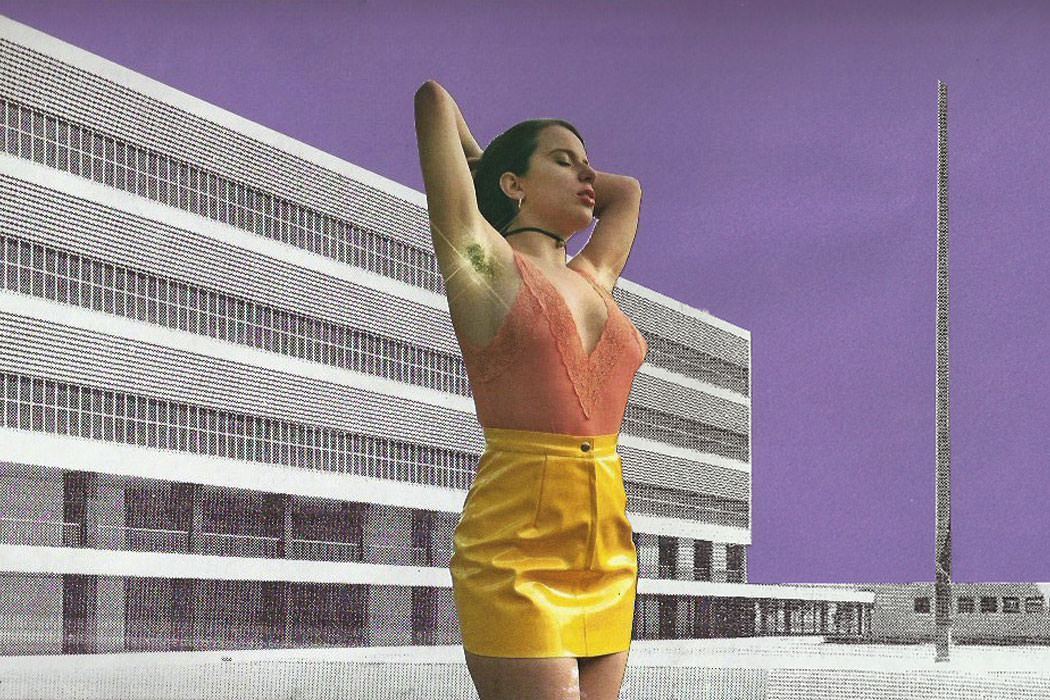 Lulu ChouChou: The cheeky adventures of a naïve superheroine

“This series of photographic collages had a troubled birth, at its very beginning this project consisted of a series of photographs we took in a district of Milan. The series was unfortunately sued because the residents considered it offensive and detrimental for the image of the district… So we decided to create collages replacing the backgrounds with dystopian architecture.”