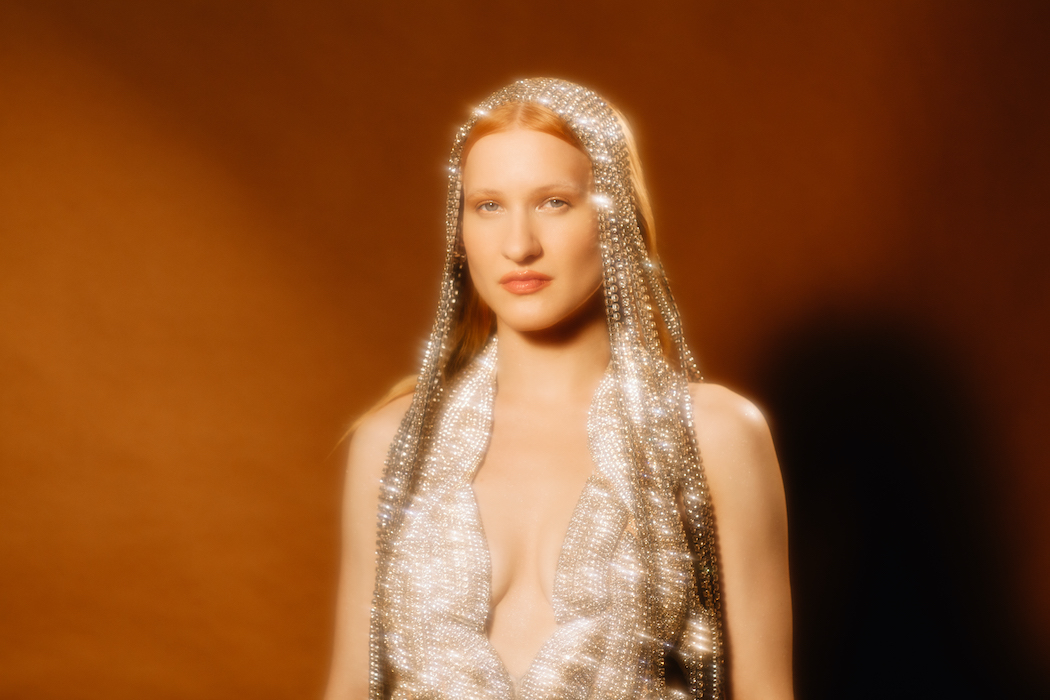 Berlin’s Neukölln is so much more than a borough or a neighbourhood. It has become a symbol – for supposed social issues, for the new chapter in the history of the once-divided city that is both open to the world and hidden from it at the same time, cosmopolitan and yet oh so very Berlin. And right in the middle of it stands Emma Czerny, better known as Magic Island. Since her EP debut, she has been reigning over the underground pop scene of the city, with songs that seem as intimate and vulnerable as they are artistically intricate, carrying both a love for pop music in them as well as experimental lo-fi and a great love for the R’n’B sound of the Nineties.

With her second album, So Wrong, Magic Island is realizing her artistic vision more radically than ever, opening the door to her universe: she is creating a fully immersive world in which the listeners can dive – merging the virtual with the physical. QR-Codes attached to walls throughout her beloved neighbourhood in Berlin open virtual portals to enter the reality Magic Island, her friends and collaborators create. It’s rooted in Neukölln but all the parts come from people in the community, with each adding a unique piece to the story” she explains – an immersive, mixed media exhibition, with a unique piece of art dedicated to each track. So Wrong is the first fragmented album. So Wrong goes beyond the soundscape of Magic Island’s hypnotic compositions and expands into a 360-degree experience, capturing this unique way of life between Sonnenallee and Karl-Marx-Straße, between growing up and yet another trippy night.

“The video for So Wrong is based around these voicenotes received from an old love. During the first summer AC (After Corona), I was having virtual parties with my old friend Sebastian Lyman of Anomaly, who then became the Creative Director of the whole visual campaign. I was telling him this story of the guy I was seeing at the time, who was kind of a trouble maker from the hood. He was a number one fuckboi in the end, and gave me a really hard time. The only way to learn a lesson is by making your own mistakes, so I’m glad for these experiences in the end haha. When we listened back through the voicenotes from these months we realised how clearly they tell a love story… first excitement, getting to know each other, then some problems, police encounters, disappearances that lead to disappointments…. and so became the video for ‘So Wrong’, blurring these lines between reality and fiction.”

Having been described as ‘honest pop’, Magic Island’s soundscape is permeated by haunting and unforgettable flavours. With her Berlin-based solo project, the artist weaves together powerful compositions with tangles and twists of her signature weirdness. Starting with experimental compositions on her piano, Magic Island sculpts loops and hooks pulling freely from R&B, experimental pop, soul and mainstream sounds. Magic Island developed her affinity for vocal hooks and harmonies at 13 when she heard the rapper Camron’s album ‘Purple Haze’ and fell in love with the sped-up samples in the hooks, realising that these were actually soul singers from the ’60s and ’70s with vocal effects. Her inspiration comes from many walks of life and can be hard to categorise within one genre. On her multiple tours across Europe, North America, Asia and the Middle East, Magic Island tells the story of a jaded soul and an innocent heart; her incessantly addictive tracks embrace the profoundness, tragedy, and the magic of the world. The enchanting lyrics in songs like ‘Warm Heaven’ belie the desperate feminine rage that’s compressed into her melodies. Her world is a fluid place for contradictions – Magic Island’s hymns speak of softness and strength with a conviction that the two are not exclusive from each other.

So Wrong will be released May 14th via Mansions and Millions. Pre-order: https://smarturl.it/5r2gv0