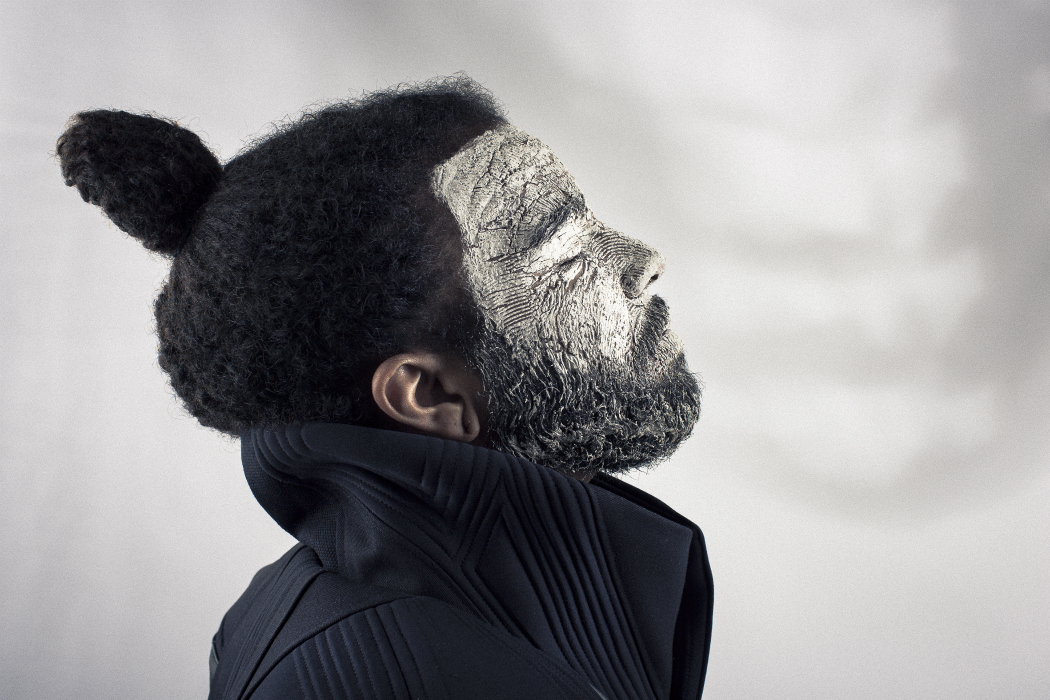 #MondayMood – An interview with KRTS

Recently released via the Berlin label Project Mooncircle, is KRTS’s second full-length LP, ‘Close Eyes to Exit’. Inspired by recent world events, each of the album’s 12 tracks dwell upon the world we live in now, a world struggling to rid itself of corruption, hate, bigotry, and ignorance. The resulting record is equal parts raw, emotional, dense, and danceable. This is KRTS at his creative peak. KALTBLUT spoke to the Booklyn-based artists about his roots, influences on the new album and working on the Berlin-based record label.

KALTBLUT: How did your project begin?
KRTS: There was a moment where I noticed I was absolutely bored with writing about myself. Just kinda woke up one day and said, “The world is bigger than my own bullshit”. Even though, the problems I write about are from personal experience, many of them are not. But still affect me as a human being.

KALTBLUT: Do you feel your musical output has changed since producing your first album?
KRTS: For sure. I’ve grown. Got more grey hairs on my beard. More and new experiences have changed my music. From topics to taking that extra week just to make the snare sound better. To making layers sound more divided and flowing correctly. I’ve learned a lot about music production through trial and error. Still more to learn.

KALTBLUT: What type of theme does Close Eyes to Exit focus on?
KRTS: Topics people close their eyes to put themselves in a dream world of ignorance so they don’t have to see whats really going on. Then it focuses on those same topics but for the people that close their eyes because they do see and feel the reality of whats going on. These people that see the real? They’re closing their eyes because they’re frustrated and in pain. Perfect example: Fox News vs. Black Lives Matter.

KALTBLUT: Who did you work with during production?
KRTS: Mainly just myself. My brotha Mad Flows from Sacramento, CA lives in Berlin so, that was a no brainer for “Serve and Protect”. My brothas in Brooklyn, Tito Ramsey and Charles Larson were also a no brainer for “My Head is Jumpin’”. Really, I just got lucky that these talented people had time for me. Mad Flows has his own projects and is constantly doing shows. As well, Tito and Charles are with the Indie Synth-Pop band, Legs and they’re forever coming out with a new video or touring around. The rest, was me waking up everyday for a year and a half around 7:30am or 8:00am, grab a coffee and a cig, watch the Daily Show then by 9:00am, start music and don’t stop till my head hurts. Normally somewhere around 8pm depending.

KALTBLUT: Do you have any other future projects in mind?
KRTS: Yup and nope! Early next year, I’m putting out a single called, “Judge Me”. Lyrics were written by Christiane Dolores and then sung by my Mom, Steeve Wellons. My cousin, Sherman Wellons came all the way from Long Beach, CA to shoot the video and we just gathered mad friends for this video. It’s really lovely. Other than that, a few other singles but, this may be the last release for me. We’ll see.

KALTBLUT: You’re on a Berlin-based label but originally from Brooklyn, what brought you two together?
KRTS: 2011 at a function called BeatGeeks based in Kreuzberg, Berlin ran by LeBob, Suff Daddy and Hazeem. There’s a lot of connections that happened. Take it all the way back to Front2blaq spinning my work and then sending it over to the legend, Jay Scarlett who sent it around to cats like The Clonious out in Austria. But the defining moment would be that night in 2011. My first ever gig in Berlin and performed with DJ Day and Comfort Fit. Met Gordon Gieseking and Malte Tarnow right after my gig. Like a real old school method of being signed on to a label you know? DJ’s spin your work, you play at a bar/venue and the label hears you and likes what they hear. Originally though, I’m from Pittsburgh. Born and raised. Spent nearly a 3rd of my life though in Brooklyn.

KALTBLUT: Would you consider relocating anywhere else for the sake of your music?
KRTS: Of course. The world is huge and I haven’t seen enough of it. Haven’t experienced enough of it. New lands creates new experiences and new influences. Easily can create a new angle on music creation.

KALTBLUT: Do you think there are big differences between Europe’s and America’s electronic artists?
KRTS: There are good, great, incredible, geniuses, and just plain out shit artists from everywhere around the globe. But of course there are differences. Every country has different histories which can create a different focus on a different genre of music and subculture. However, thanks to technology, everyone and anyone can get an influence from any country and create something different or just mimic someone else’s style. Hopefully, they choose to get an influence and create something different instead of biting or mimicking.

KALTBLUT: What artists do you consider to be making a real statement recently?
KRTS: Long Arm, Daedelus, Shigeto, Kidkanevil, Run the Jewels, The Notwist, Take aka Sweatson Klank, Joey Bada$$, Beach House, and Fucked Up, Björk to name a few. It was sad but made sense for Death Grips to breakup. As far as content, I don’t think many are really making a statement. Especially in electronic and eclectic-hiphop styles. I think a huge amount of artists in these fields are on some bullshit. Not just with production but, with content and topics. I miss late 80’s and early 90’s HipHop. Music that had strong topics about our surroundings that we could also dance to.

KALTBLUT: Do you have anyone in mind that you’d consider producing music with?
KRTS: Everyone I named above and more. I do however enjoy finding people to work with that people don’t know of. We do live in a time where you get your hype from the names you work with. Remember when you had no idea who was on an album? You had to read the back to see who was featured or helped out with what. That was before we had titles that said, “blah blah feat. blah”. Now everyone is all about who was featured and not how incredible the track may or may not be. If I work with any of those lovely names above, I want it to be an album that doesn’t have, “featuring…” on it. You want to know who is on it? Read the back.

KALTBLUT: When is the new album set to be released? Will a tour follow?
KRTS: The album is out now and we’re hoping to spread out some shows till next Spring. I just got on to ZooBook Agency so, we’ll see what happens. They’re a wonderful agency that has some great artists and performers so, we’ll see.

KALTBLUT: Do you have any words of wisdom that you refer back to often?
KRTS: “You could have ended it there” – Robert Jon Hairston aka Dad.

‘Close Eyes to Exit’ is out now on Project Mooncircle 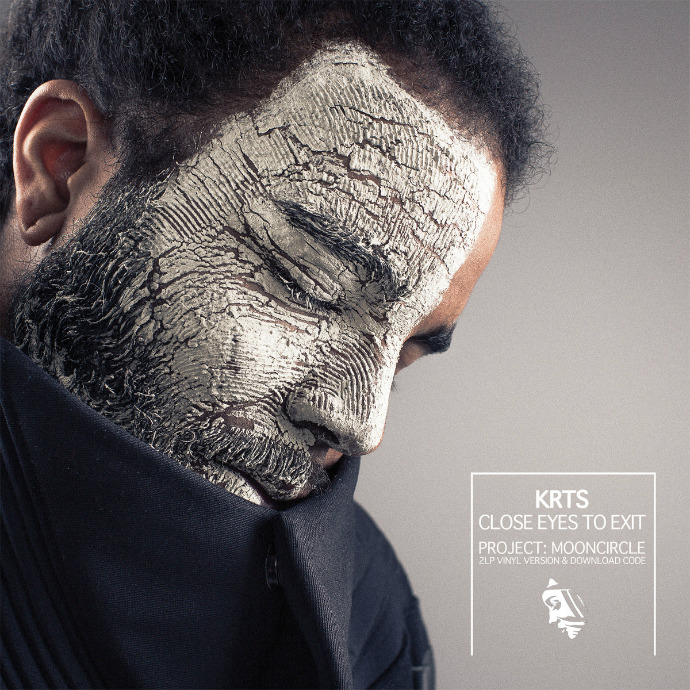