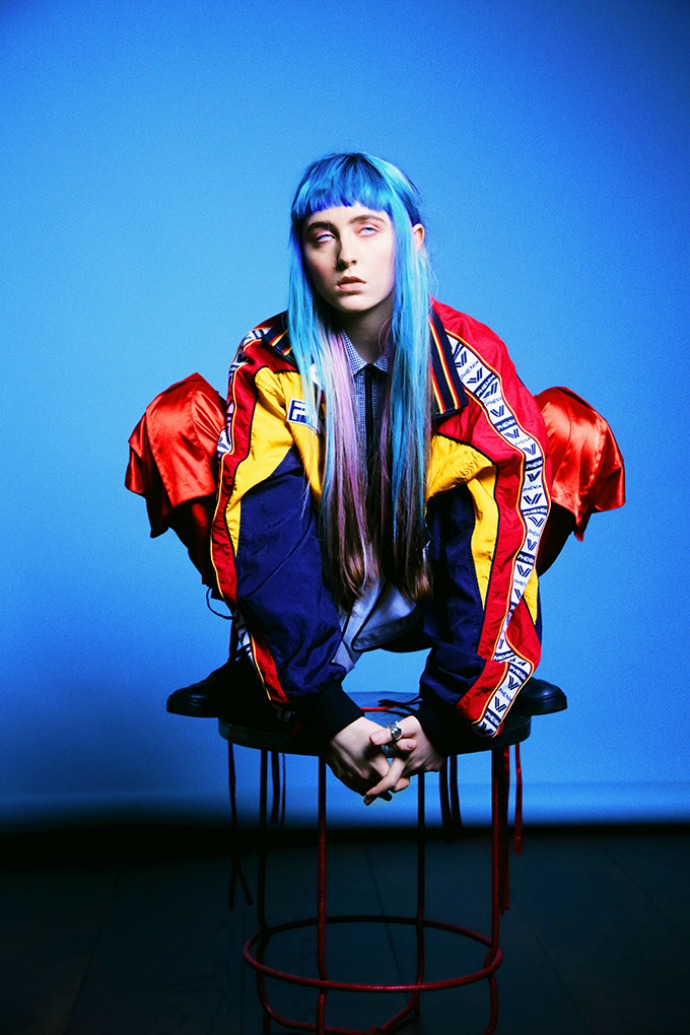 ‘Blow’ is the badass single from London-based American artist Ashnikko. Not only is it bigger, bolder and more immediate than anything she has done before, but her independent attitude remains fierce and even more focused. A message of female empowerment with bold, cartoonish imagery, Ashnikko wrote ‘Blow’ herself within a single session, while production comes from a one-off collaboration with Culture & Tones. “The song starts with ‘Take it off and show them how much you want it’, which is poking fun at the culture of women being exploited in music.” explains Ashnikko, “I’m tired of being brainwashed that my body is my biggest asset. And it’s me saying to myself that I will never exploit myself in a way that doesn’t empower me, I will try to stay authentic. Me having my tits out is my choice, I’ll do it if I feel like it.” ‘Blow’ is the first taste of Ashnikko’s new EP ‘Unlikeable’ which will be released later in the summer. Produced by fellow OddChild artist CallMeTheKidd, the other three tracks are similarly incendiary and concise, with lyrics that explore issues of misogyny, consent and equality.

“It’s a motivational speech to myself, a ‘fuck you’ to the people who treated me like I didn’t exist, and a reminder that I need to love myself. Recently I’ve had people tell me that I’m really lucky to get to where I am now. Obviously, I am lucky – I’m a healthy girl and I’ve lived a relatively comfortable life – but in music, I’ve been busting my ass for eight years. It’s been a long uphill struggle, as I left my whole family to move to the other side of the world on my own. It was absolutely terrifying. That wasn’t luck: that was me cutting off my leg to grow a third arm.”

Directed by Can Evgin and shot on 16mm film, the accompanying video finds Ashnikko commanding your attention with a captivating performance which exudes naturalistic charisma. Her eccentric range of costumes throughout the video includes an elf-like suit – a subtle reference to Ashnikko’s love of fantasy and sci-fi, which pre-dates the moment in which both genres were co-opted by the cool kids. The video also features cameos from two of Ashnikko’s friends in the shape of Kyra TV co-host Emerald Lewis and OddChild label-mate Etta Bond.