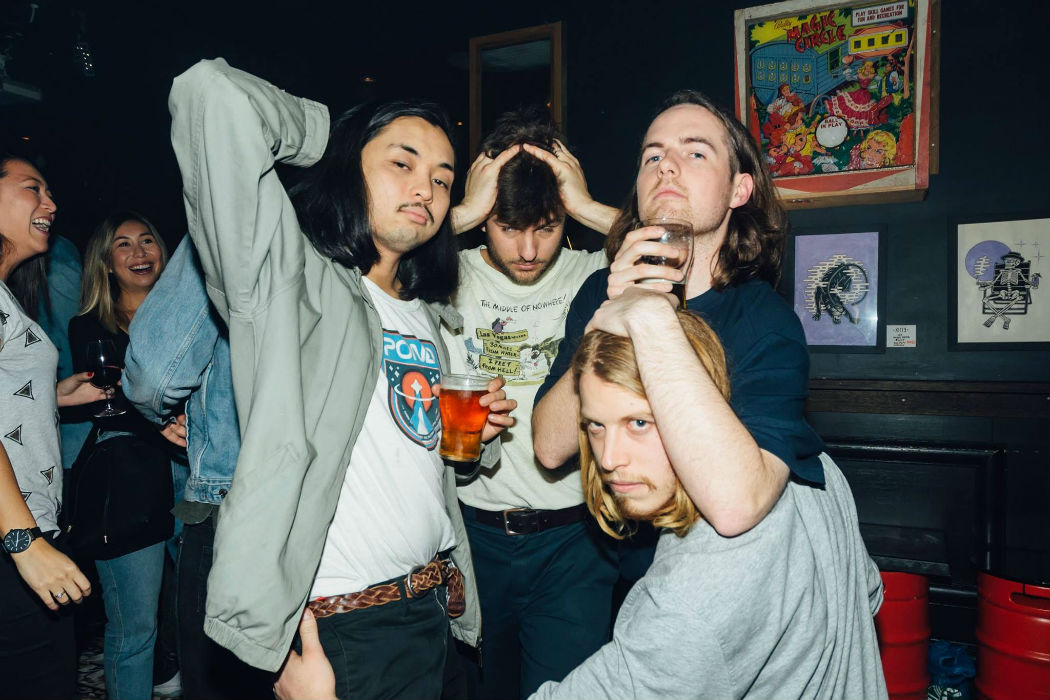 With a distinctive, chill-vibe blend of indie rock and psychedelic groove and a touring history that includes The Belligerents, Gang of Youths and Ocean Alley, King Colour have solidified their place as a must-see act in the Sydney music scene. After working hard behind the scenes on their artist-led label Yeah Nah Yeah Records, the Inner West Sydney-based art-music power force are ready to give the fans what they’ve been waiting for announcing today the release of their hugely anticipated new single and video ‘Lost My Cool’.

“Lost My Cool was pieced together from a long jam we recorded in a rehearsal studio somewhere in Sydney quite a while ago,” explains drummer and vocalist, Dives. “It was one of the first subdued, more reflective tracks that we have written and is inspired by the slinky guitar work of Mac Demarco and Tame Impala’s sprawling, expansive texture.”

“Yeah Nah Yeah is an artist-run label and party crew that is made up of all the King Colour members as well as members from SCK CHX and Jermango Dreaming,” tells Dives. “The Mood Lighting EP will be the first official release from Yeah Nah Yeah Records, marking the beginning of a really exciting release schedule.”

With multiple sold-out events and planning the launch of a new record label it’s not surprising that the band took some time out after releasing ‘You Just Don’t Know It Yet’ and ‘Blue Horizon’, both of which huge attention from Australian media including Triple J and community radio. But Diggesy (guitars/bass) assures us that the boys are back and ready to punch through harder than ever.

“Our plans include some big shows in different states and collaborating with other party collectives. We’re also really exploring our sound and working on some new music to be released throughout the year.” When explaining the EP, AJ (guitar/bass) tells us to expect an “explorative and reflective piece of music” that is a lot of fun. “It’s the first collection of songs we’ve committed to releasing as a band and encapsulates music we’ve developed over quite some time.”

Lost My Cool is out now via Yeah Nah Yeah