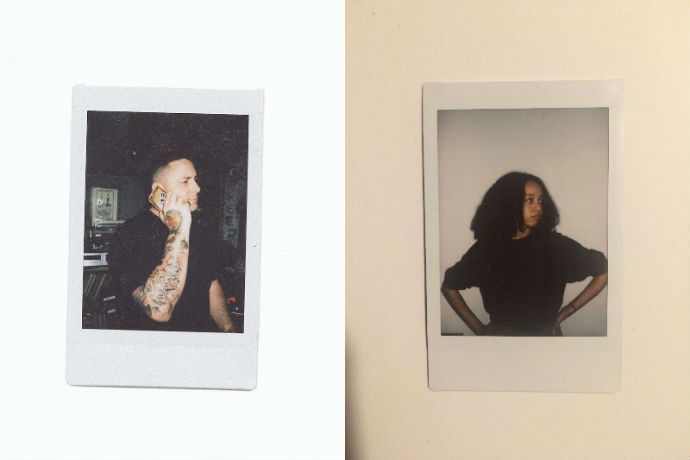 Text Me Records release the 4 track ‘Saucy’ EP from Lip Set, a project of Patrick Brown aka Studio_Dad and vocalist Felicia Douglass of Ava Luna and Dirty Projectors. A slick mix of 80s influenced electro-pop and floaty melodies, ‘Saucy’ is a solid introduction of what these two can achieve in only 11 minutes.

Douglass is a Brooklyn-based artist – most notably a keyboardist and singer in Ava Luna, she also leads her own band called Gemma. In addition to a number of vocal collaborations with artists such as Toro Y Moi, Baile, Helado Negro, and Diane Coffee, she produces her own electronic project with airy melodies over wandering synth lines and tropical rhythms and most recently joined Dirty Projectors. As an engineer, Patrick Brown has worked with the likes of Toro y Moi, KFlay, Beat Connection, The Morning Benders, Lee Fields, and hundreds of others. In 2014 a collaboration with multi-instrumentalist Rob Pera under the name WOOF lead to a mixtape produced by the two including rappers and singers like Mykki Blanco, Tragik, and G-Side. Now going by Studio_Dad, Brown is consistently producing both solo and with other members of Text Me Records… a process which lead to Felicia flying to San Francisco for a week to work on what became the “Saucy EP”. The first single from the two debuted in remix form on Text Me’s Valentine’s Day mixtape and featured scrappy Bay Area rapper Tia Nomore.