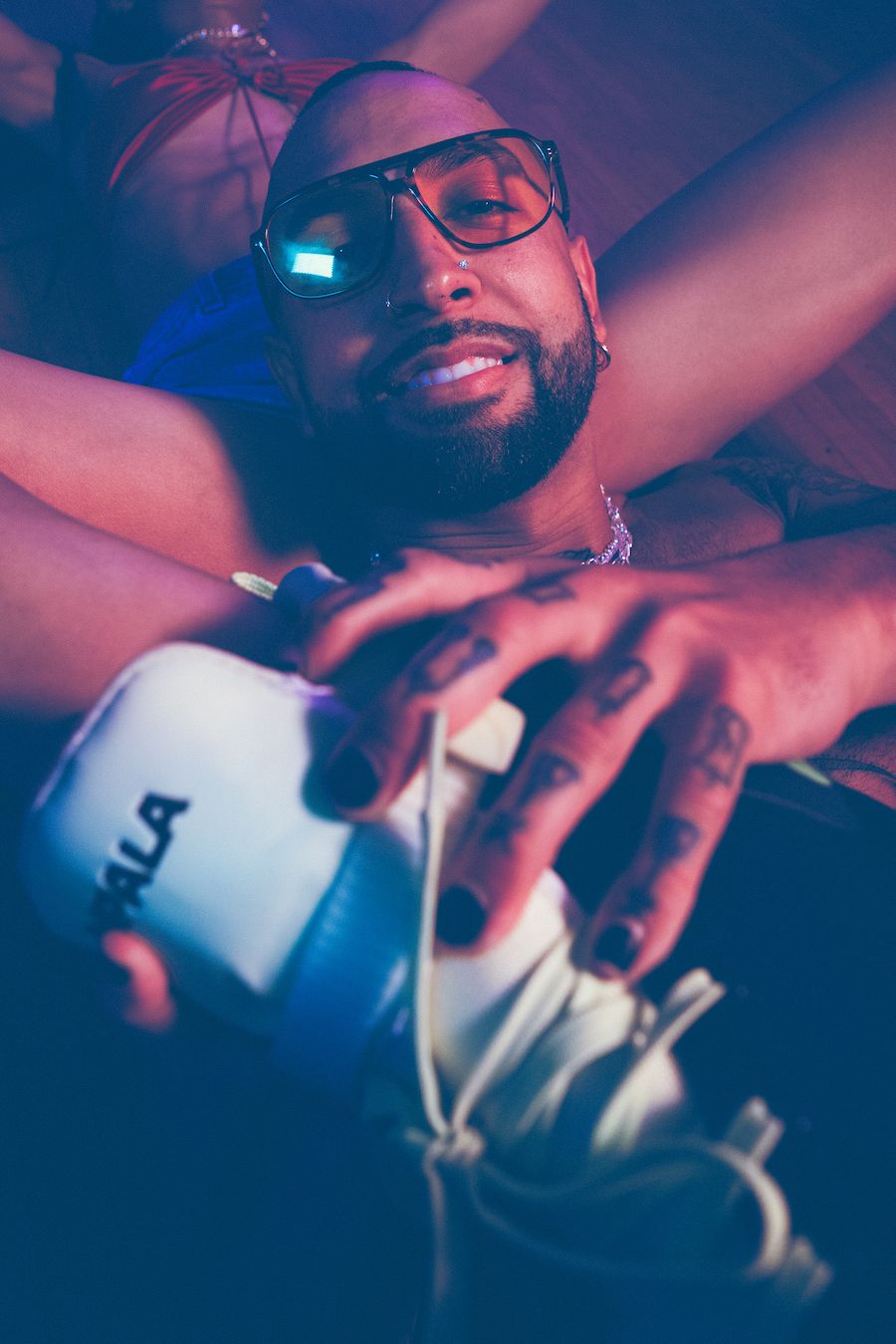 Introducing MXRTY THE PXRTY hand his new single “Head Over Feet,” a summer bass bumper meant to soundtrack your next summer flirtationship. MXRTY THE PXRTY is an Angeleno Alt/Hip-Hop Artist. His eclectic sound is found in his experience with playing drums in alternative rock bands such as NEW LANGUAGE, combined with his love for funk & hip-hop.

Shooting the video was crazy wild and fluid as creating the song. My intention was to bring the flirty, fun vibes of the song to visuals, so I got a group of my friends on some skates and we had a blast. Another super notable element about the video is we shot in the legendary GSON Studios in Atwater, The Beastie Boys’ old recording studio! They recorded ‘Check Your Head’ here and used to play basketball and skateboard in the gym where we filmed. I grew up listening to this band, I even covered them a handful of times, and since they’re the godfathers of alt/hip-hop and I’m an alt/hip-hop artist it was a full circle life moment for me to shoot my music video here. I know you’ll feel the vibes!

Every song released has its own identity and illustrates a new dimension of his creativity. His wild child persona is intoxicating and compels you to groove and let out your inner PXRTY animal. His huge influences are Anderson Paak, Childish Gambino, Mac Miller, & Prince; all for their next-level creativity and mastery of musicianship in their art.

With the support of producers Steve Wilmot (writer for OneRepublic, Shawn Mendes) & Adam Chavez, (Sony; The New Limb) the mission is to constantly elevate his raw passion for music and entertainment. Catch his unmatched energy in his full live band performance as he raps/sings while playing the drums, and then you’ll truly grasp the bombastic world that lives in his head.