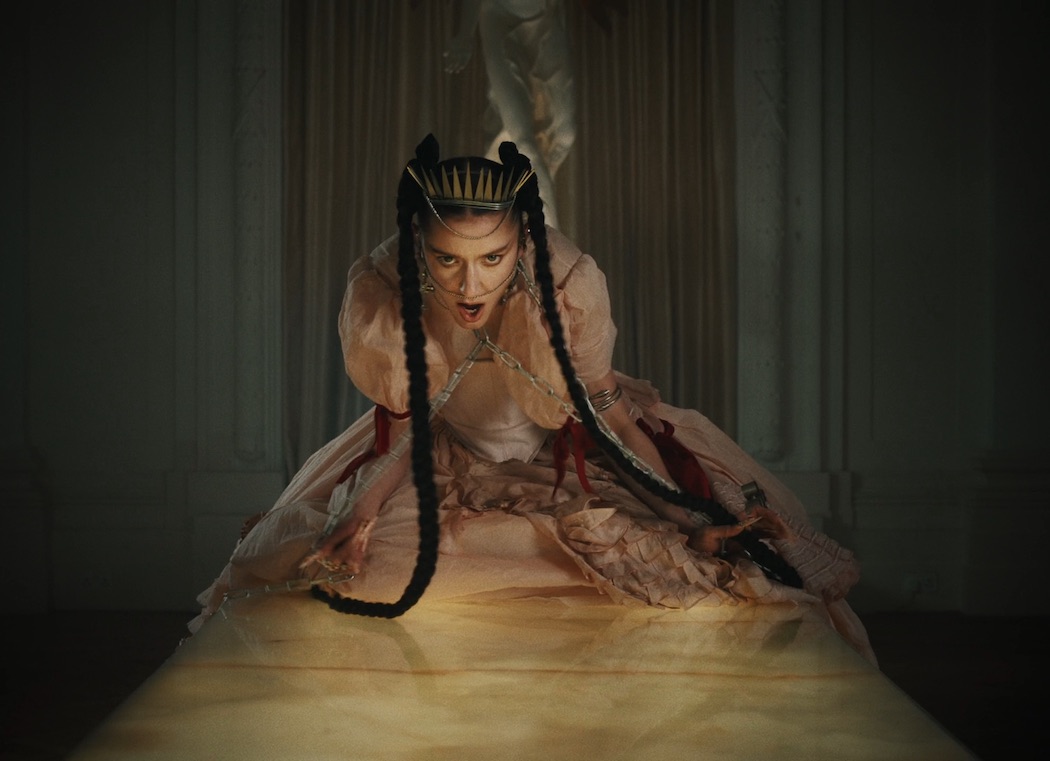 NAKED are Agnes Gryczkowska and Alex Johnston, a London-Berlin based duo whose music and live shows are dark and raw explosions of noise, hard industrial club beats, screamed vocals and violent performance art. The upcoming EP Killed By Roses is the second of a three-part trilogy and will be released on 24 January 2020 via Halcyon Veil. “Killed by Roses plays like a psychological horror drama,” explain the duo. “It follows the protagonist’s descent from love to infidelity, into hatred, hysteria and self destruction. It records the multiple failed attempts to regain control over one’s life by breaking one’s personal shackles. It shows an existence where meaning is lost to absolute degradation and a rejection of moral limits. Sonically, the production is destroyed, blown-out and heavy, mirroring the extreme, raw and demonic vocals and lyrics.”  Take a look at the intense video for lead single ‘BITE’ directed by Joseph Delaney below.

Killed by Roses is NAKED’s most personal record to date and the second act in their trilogy. It follows their last record, Total Power Exchange which featured in Aphex Twin’s recent sets and Cosey Fanni Tutti’s mixes and used the sounds of sex vomit and mutilated vocals to create a distorted and violent noise transgression. NAKED are a live experience, a vocal-based club act integrating the energy of hardcore, metal and performance art. They debuted a new performance called THE CAGE which placed the audience inside an industrial-sized cage in an underground vault in Somerset House, London. They toured extensively performing in clubs, festivals and galleries across Europe and Asia including Unsound, CTM Festival, Serpentine Galleries, Cafe OTO, SXSW, RBMA and more. The duo were featured in the DAZED 100 and soundtracked films for DAZED and Nowness. Their work has also been featured in i-D, FACT, Pitchfork, BBC Radio 1 and BBC Radio 6 and they have collaborated with Mykki Blanco. NAKED are currently collaborating with the London Contemporary Orchestra on a new record, the third part of their trilogy, and a special theatrical performance in three acts combining their recent releases.

Pre-order Killed By Roses on Bandcamp