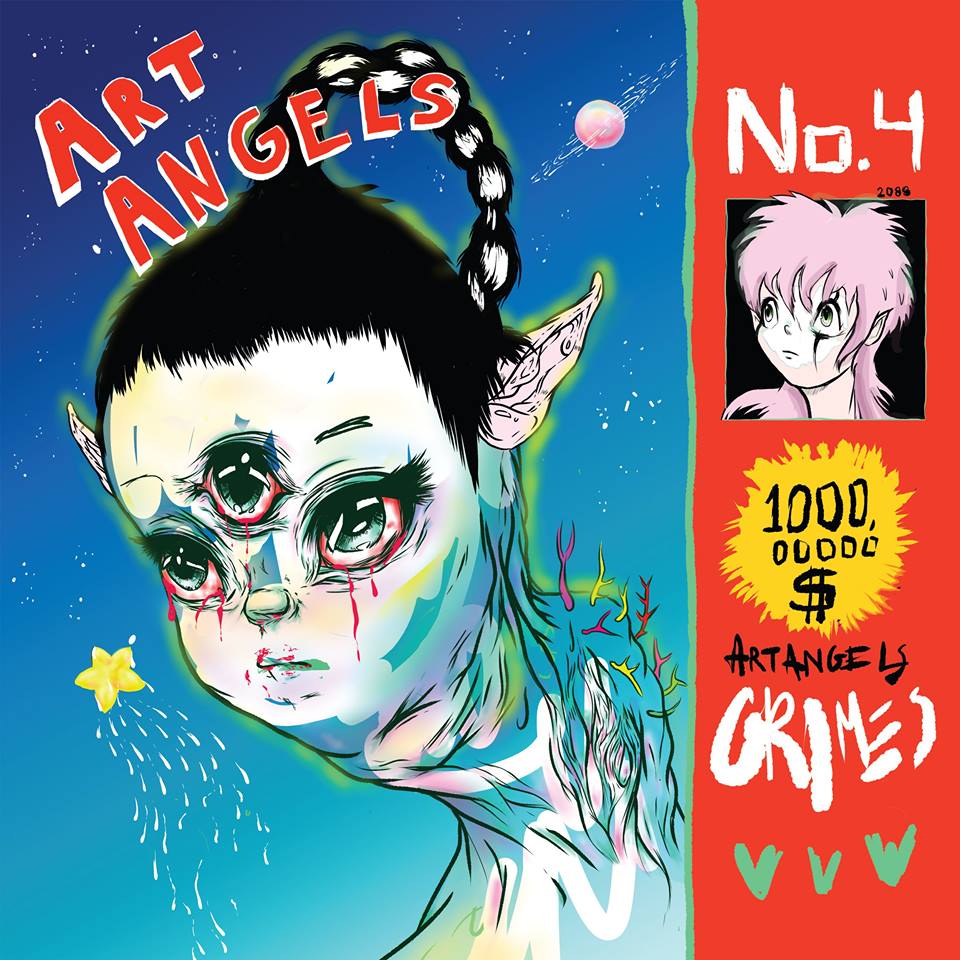 Also released last week, ‘Scream,’ features Taiwanese rapper Aristophanes. The song has been described as “an aggressive, industrial cacophony of crunching industrial beats, bloodthirsty panting and a stabbing guitar riff.” Also featured on the album is an appearance by Wondaland Records impresario Janelle Monáe. The album was recorded primarily in Grimes home studio in Los Angeles, CA, where she relocated to in 2014. Like all of her previous albums, ‘Art Angels’ was written and recorded entirely as a solo endeavor. The new album features more live instrumentation than ever before on a Grimes record. She plays piano, guitar and violin, continuing her evolution as a musician and a producer for her most ambitious album to date.

Grimes is currently in the middle of her North American dates during her ‘Rhinestone Cowgirls’ tour. She plays Austin’s Fun Fun Fun Fest on Nov 7 and NYC’s Terminal 5 on Nov 16. Dates in South Korea, Japan, Europe and the Laneway Festival in Singapore, New Zealand and Australia are confirmed for early 2016.