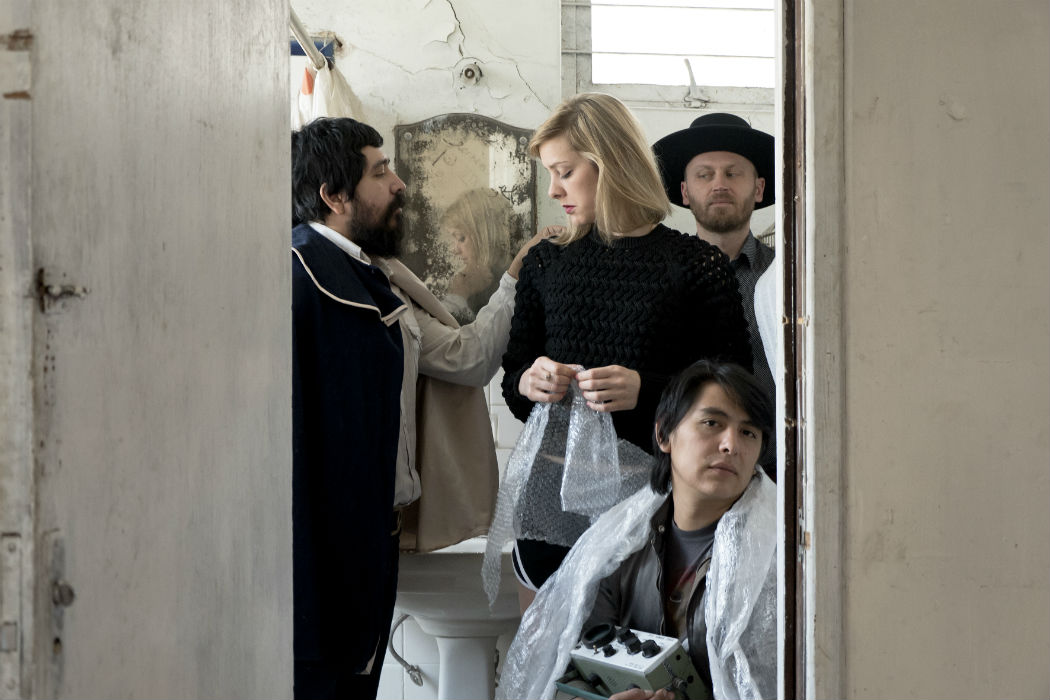 After recently signing to Sacred Bones Records, new four-piece Exploded View, fronted by German/Bristol political- journalist-turned-musician/singer Anika, announce news of their debut self-titled album, due August 17th. The band are sharing new track ‘Orlando’ from the forthcoming record. Check out the clash of post-punk and dub sounds below!

With her disarming quietude nursery rhyme like vocal delivery, Anika remarks on the creation process: “Well, that day I was speechless and empty; a reflection of the times. I became a vessel for the past; the only way to deal with or help understand the present. Enlightenment came with the help of some strong leading ladies; A certain author, a certain film and a certain actress. Go figure.” Anika released her self-titled debut album in collaboration with Geoff Barrow’s Invada imprint and Stones Throw to critical acclaim in 2010. This new project was created during the rehearsal sessions for Anika’s Mexican live debut back in March 2014. An unexpected partnership formed between Annika and local producers, Martin Thulin (Crocodiles producer) synth-head Hugo Quezada (Robota) and Riotboy sweetheart Hector Melgarejo (Jessy Bulbo / Nos llamamos) to form Exploded View. The four musicians discovered a new sound, several steps removed from the krautrock-isms of Henderson’s previous work during their rehearsals and live performances in Mexico City. The straight to tape sessions that followed in the San Rafael neighborhood, ventured somewhere new; a lighter place, unguarded, veering from any script. Improvisation was the guiding principle and the source of the band’s inspiration. The studio itself was outfitted so that every sound produced in the room would be recorded. A Tascam 388 8-track captured everything – fully live, fully improvised, first-takes only. Produced by Thulin and Quezada and mastered by Josh Bonati in NYC.