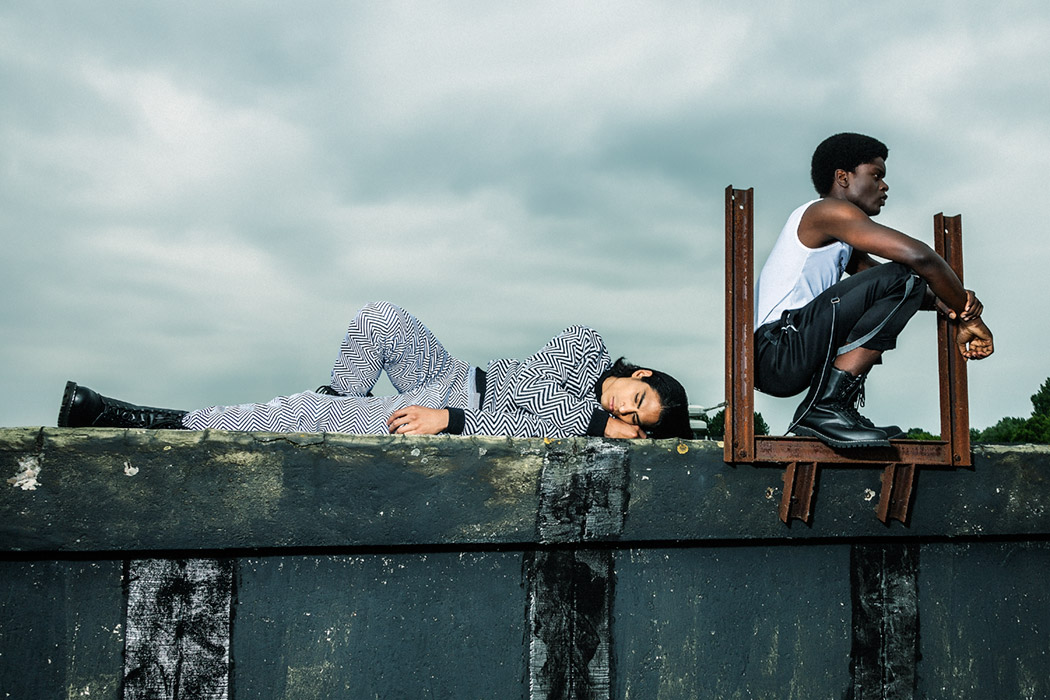 AKTION 09 speaks out loud and breaks out of conservative structures in the most radical way. Fashion designer Roman Alexander Hoering (1990) studied tailoring in Vienna and started his design studies in Berlin. He came to Amsterdam’s Fashion Institute (AMFI) to focus on menswear. Prior to attending the newly founded Menswear Master at the University of Westminster, he presents his AMFI graduation collection AKTION 09.

AKTION 09 finds its roots in Hoering’s native country Austria and is at the center of a clash between two radically opposing views on society. While drawing inspiration from the rebellion of the Viennese Actionists against the grip of bourgeois conventions in post-war Austria, Hoering explores the cultivation of outdated elitist practices by right wing student fraternities (i.e. Burschenschaften) at the same time. The Actionists’ urge to change 1960s Austria forced them to radical performances, called Aktionen. Instead of paint on canvasses, they used blood, milk or excrements on their naked bodies. Instead of portraying the beauty, they suggested self-harm. On the contrary, the Burschenschaften resort to radicalism to protect their subculture. After a series of initiation rituals, a freshman’s last test of courage is a Mensur fencing fight. Once part of the fraternity, a system of hierarchy, secret messaging and strict rules restrain any free spirit that might arise. The Austrian fraternities embody everything the Viennese Actionists so strongly rebelled against. AKTION 09 is the result of bringing two conflicting radical ideas into one aesthetic explosion. Not being constrained by the traditional seasons, the collection evokes different views on Hoering’s influences; it might leave the observer feeling confused, uncomfortable or even disturbed.