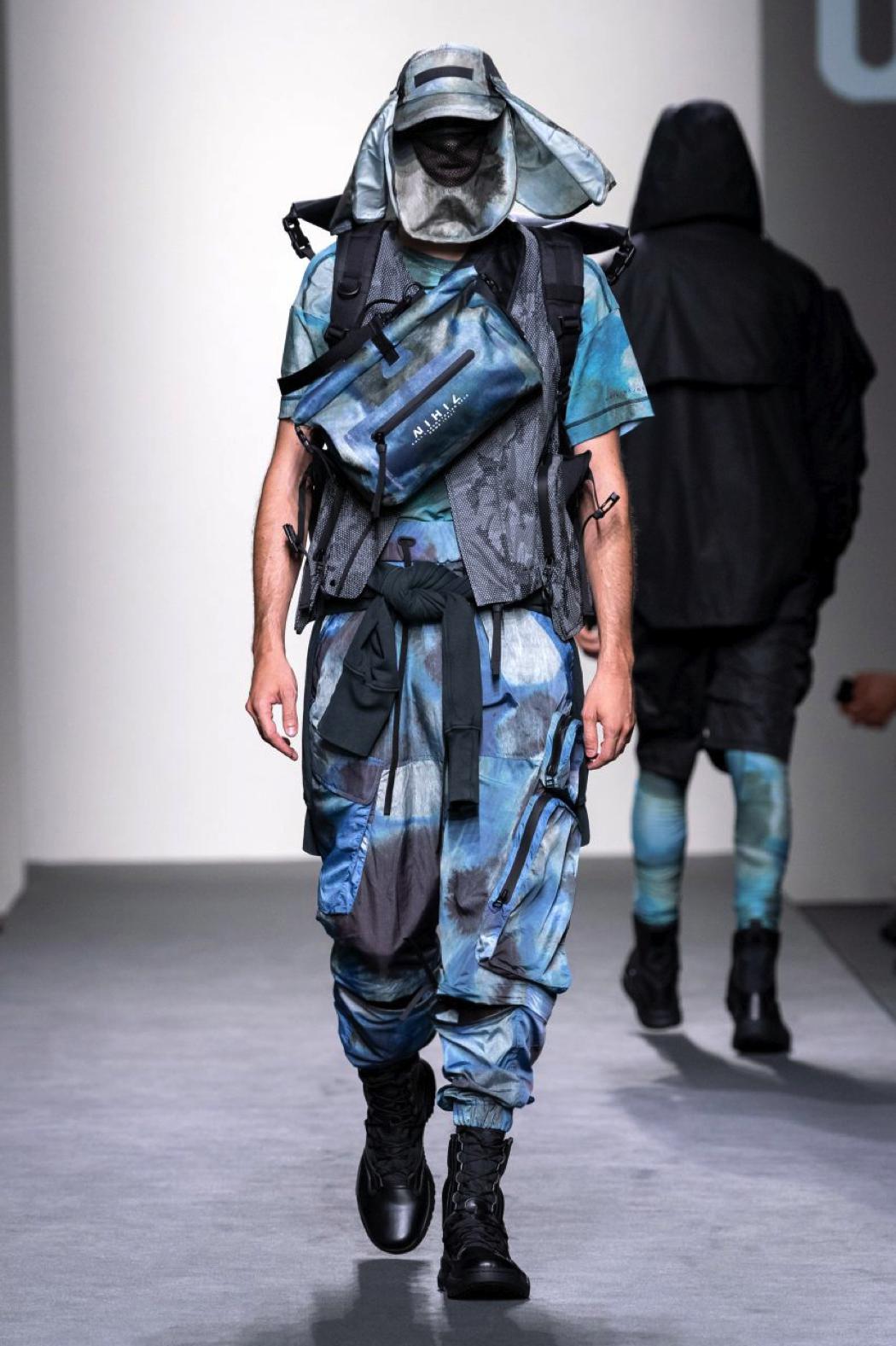 One To Watch: Gall

Justin Gall is the designer and co-founder of the brand GALL. With Chaira Nardelli Gall, they’re a two-person team, partners and side-fighters in life and business. I discovered GALL during the last ALTAROMA and felt in love straight away. The fluidity of the pieces, the urban touch, the silhouettes … I needed to know more about the brand and the people behind it – The perfect occasion the seat down with Justin and to talk about GALL.

KALTBLUT: Hello. Welcome to KALTBLUT. Why have you decided to participate at ALTAROMA 2019?
GALL: It’s a pleasure, thank you.

When AltaRoma approached us with the idea of previewing the new SS20 collection, we couldn’t turn it down. They’ve become such an incubator for designer talent in Italy, that it was an easy decision saying yes to their proposal and sponsorship.

To be honest, we were waiting for them to reach out to us considering how close-quarters we are within the city of Rome. The cards aligned rather quickly and before you know it we’re doing a men’s runway, which is quite different from the womenswear they usually propose. At first, we were wondering if it would make sense or not, but after going through with it and seeing the response — I’m happy with the decision. 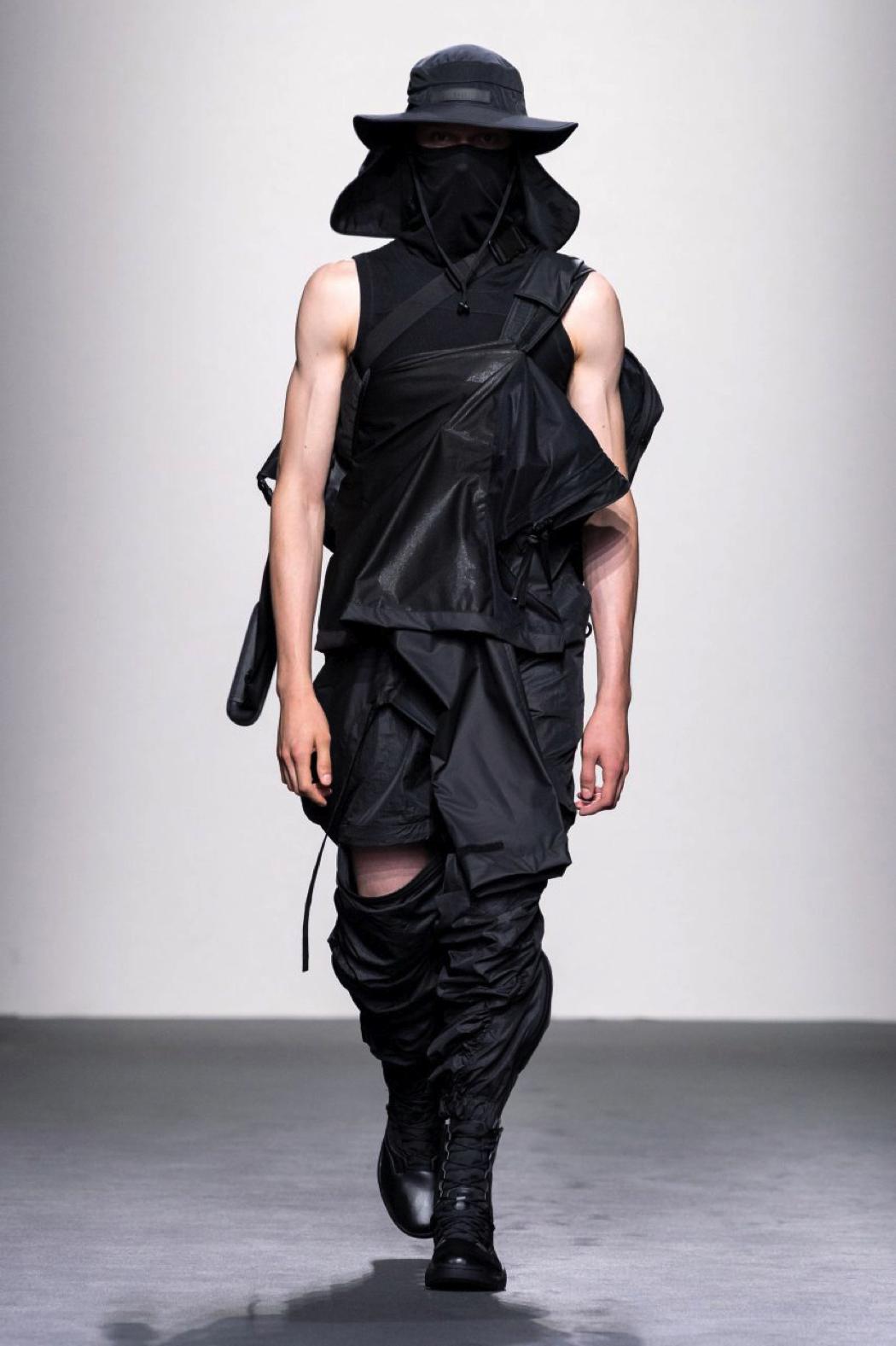 KALTBLUT: Can you tell us something about the collection you presented at the ALTAROMA 2019?
GALL: Presented was my current SS20 collection ‘NIHIL’. The format by AltaRoma allowed 8 looks total, which was the first challenge regarding the show. Internally, I was going bat-shit-crazy. As usual, I have around 23 looks in mind to communicate a collection in its entirety. Eventually, I was able to take a step back, figure a condensed approach and chop the collection down to 8 looks; hoping to display a decent transition of materials, color, and journey. That said, I’ll be shooting the lookbook for NIHIL sometime in September, which will capture the full collection.

KALTBLUT: What was your inspiration?
GALL: The inspiration for every collection from a physical perspective is always to progress the previous season, re-articulate the staples, and experiment as much as possible. I’m not one to take something literal as a form of inspiration or to travel somewhere to see some type of vision. I can only explain it as constantly building from within and allowing this to transcend through my strengths as a designer. I also want my followers to feel like unstoppable beasts, which the outside world just can’t pin down.

From a metaphysical view — each collection has somewhat of a personal motive behind it, which I guess you could say is a culmination of self-reflection, active searching, and current state. Whatever the internal attention is gravitating towards I’ve noticed comes through within each season, but should also be vague enough where the viewer won’t notice, or if they do notice, has the opportunity to perceive it as they wish.

Overcoming the inevitable hard times and becoming stronger because of them will forever be an inspiration. 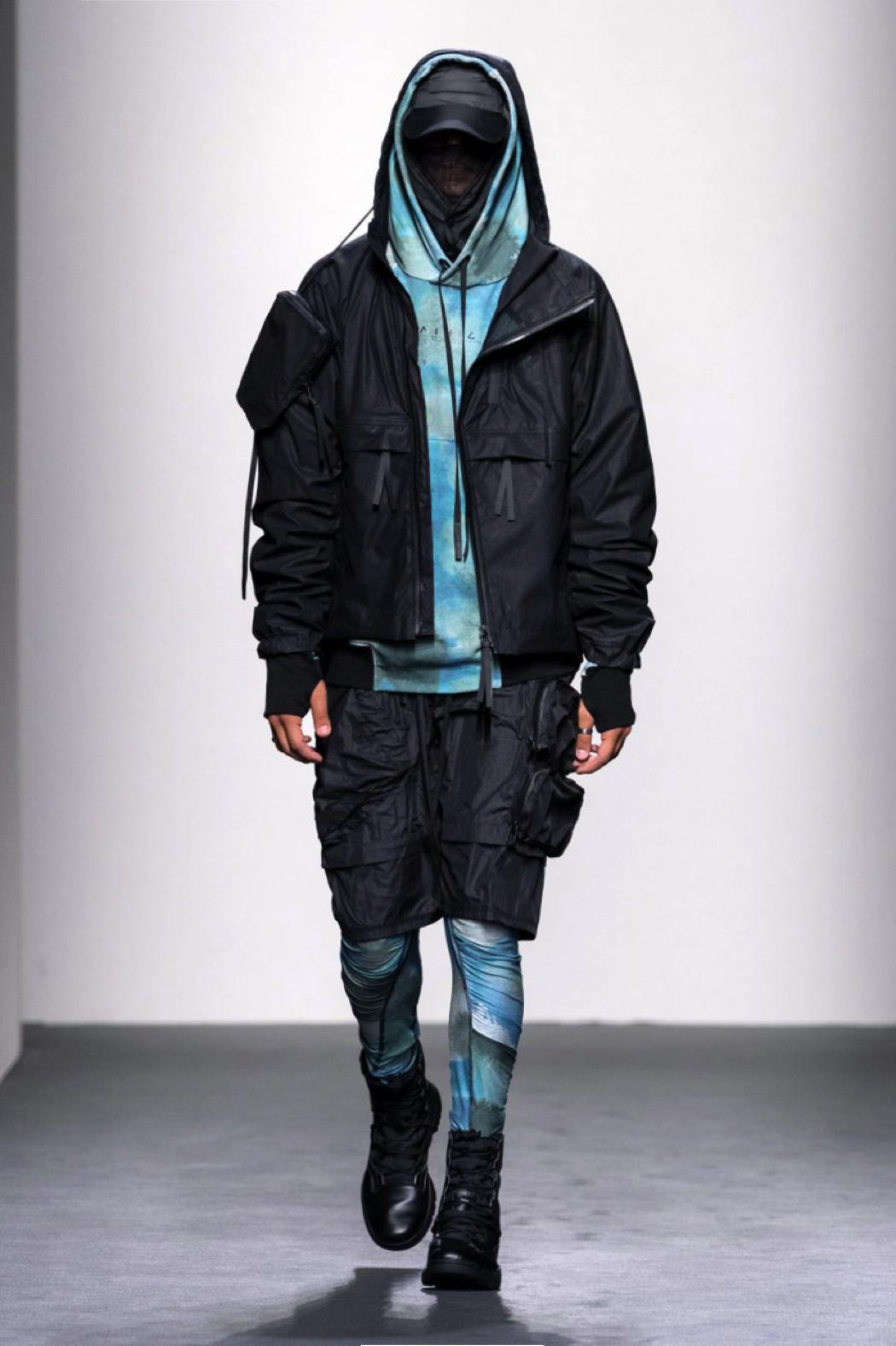 KALTBLUT: What kind of material did you use for the collection?
GALL: Material-wise you’ll find a range of textured and coated nylons, recycled combinations, tarnish-washed cotton, hybrid-ribbed cotton, matte coated cotton, and some others. The fabrics besides being unique are also built for comfort, durability, and protection from the elements. Always taking into consideration a certain degree of lightness for the spring-summer season.

KALTBLUT: What challenges did you face during the design process?
GALL: The biggest challenge within the design process is time. The way the fashion system works is not at all to the benefit of an independent designer, so it’s 24-7 for me. If it wasn’t everything I did, all the time, it would be tough to survive. I dig that. I feel the time crunch supplies an added motivation to the process and doesn’t allow for too much overthinking, which in my view only sabotages progression. There have been too many seasons where I’m over the edge wishing for more time, but in the end, everything works out the way it should. This is what I constantly remind myself during those times and have to remember.
Besides time, I would say the other challenge would be refraining from taking things too far. I need to be careful with ideas and how they’re proposed to the public. My intention is to always be provocative to the extent that my ideas being merged into wearable garments can be provocative. So there’s this constant layer of wanting to push the envelope, while still being relatable to a certain degree. Striking this balance is very important to me, as each and every piece is made to be worn. I would love to create a special project in the near future where there are no limitations, but for now, that just cannot be. 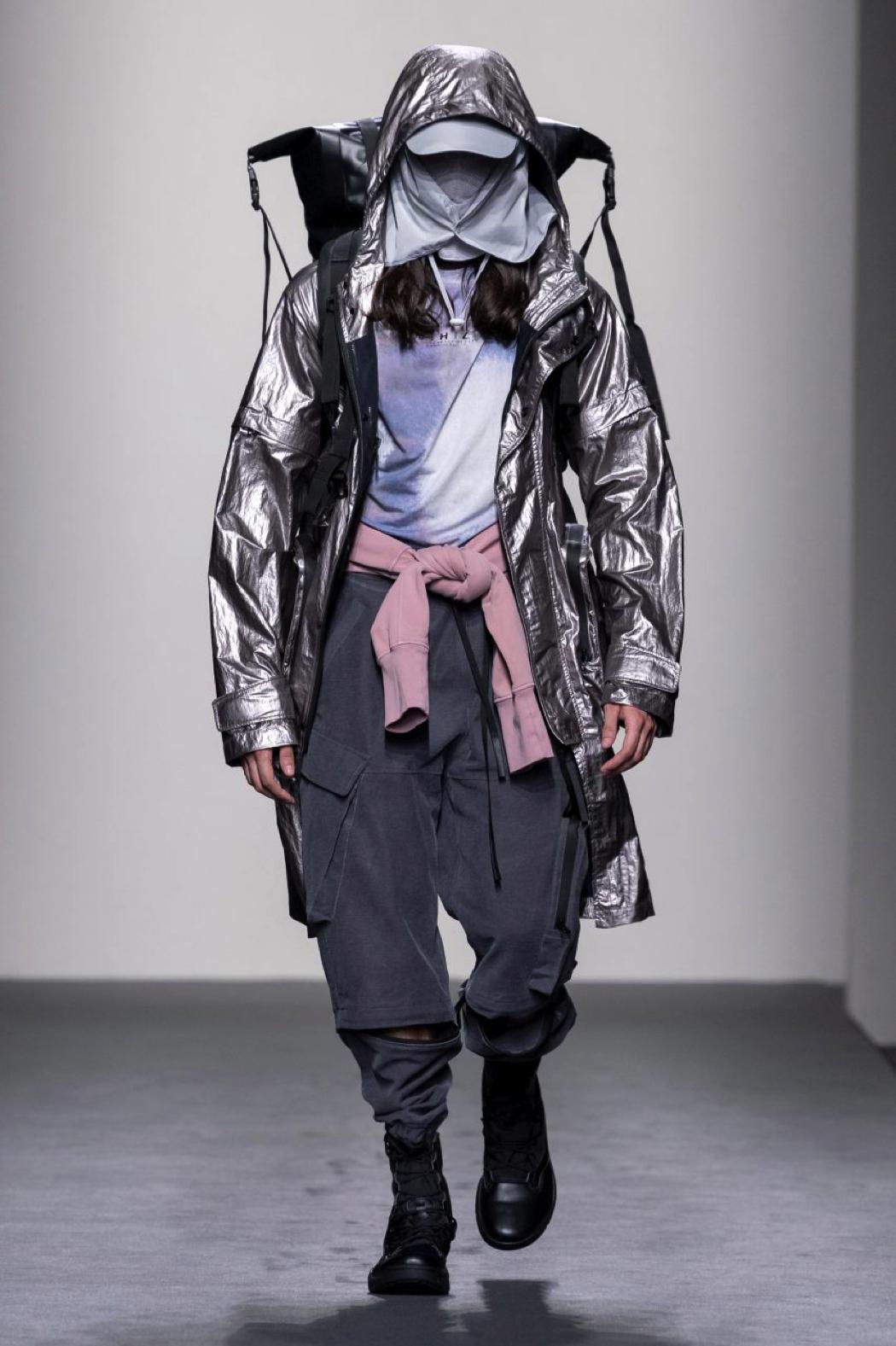 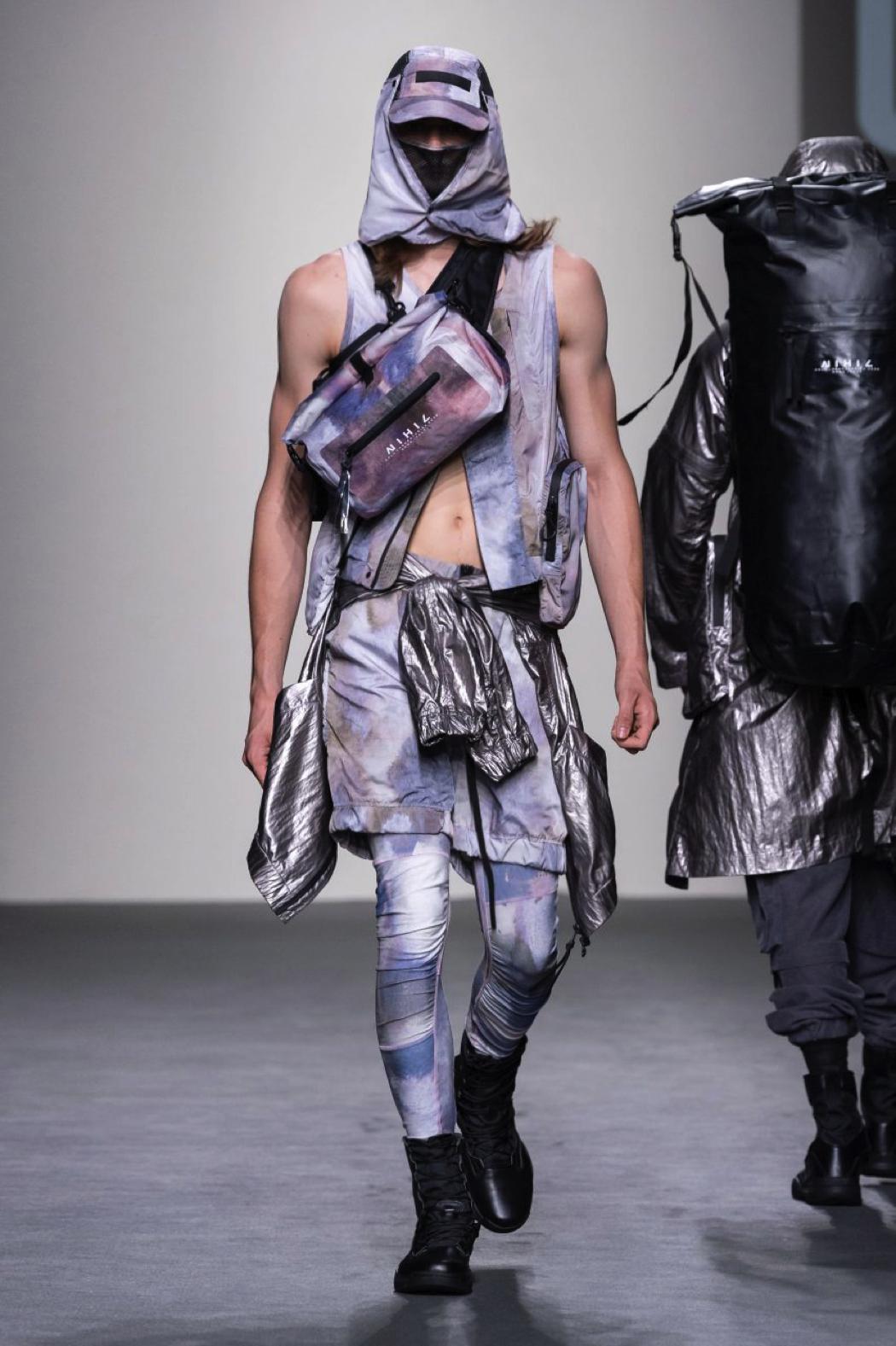 KALTBLUT: How would you describe yourself and your work?
GALL: Anti-nostalgic. This would be a decent label if I were to intertwine both segments into one. Have it be personally or creatively I don’t prefer focusing much on the past as it has already lived its moment. I’ll also never base my works around prior era’s or popular decades as it just seems a bit regressive to me. It’s been seen, done, and hopefully learned from already. It also just comes off a bit lazy to me.. Yeah, you can modernize things to a certain degree, but then you’re taking away from its original essence. I’d rather place my attention on the here and now while imagining and developing for the eventual. That’s what drives me forward. That’s what makes sense to me.

KALTBLUT: What would you say that is the biggest influence on your design process?
GALL: My biggest influence would have to be the future, which to me invokes survival, adaptiveness, and oddity. The aspect of unpredictability and the unknown also keeps me motivated creatively. There’s a certain amount of freedom, combinability, and abstractness which can be seeded into each collection with no questions asked, or on the contrary for sake of interpretation — too many questions asked. 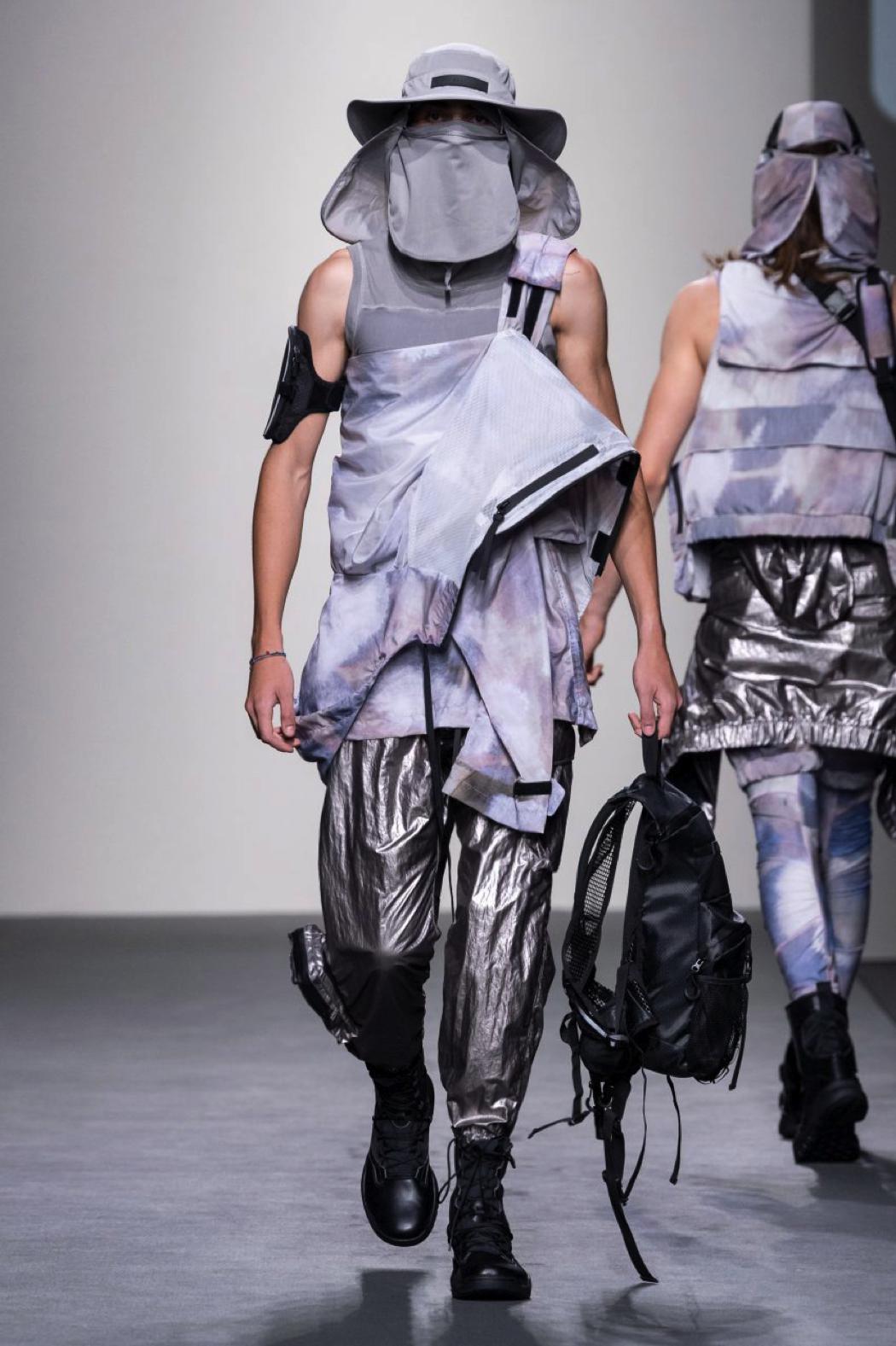 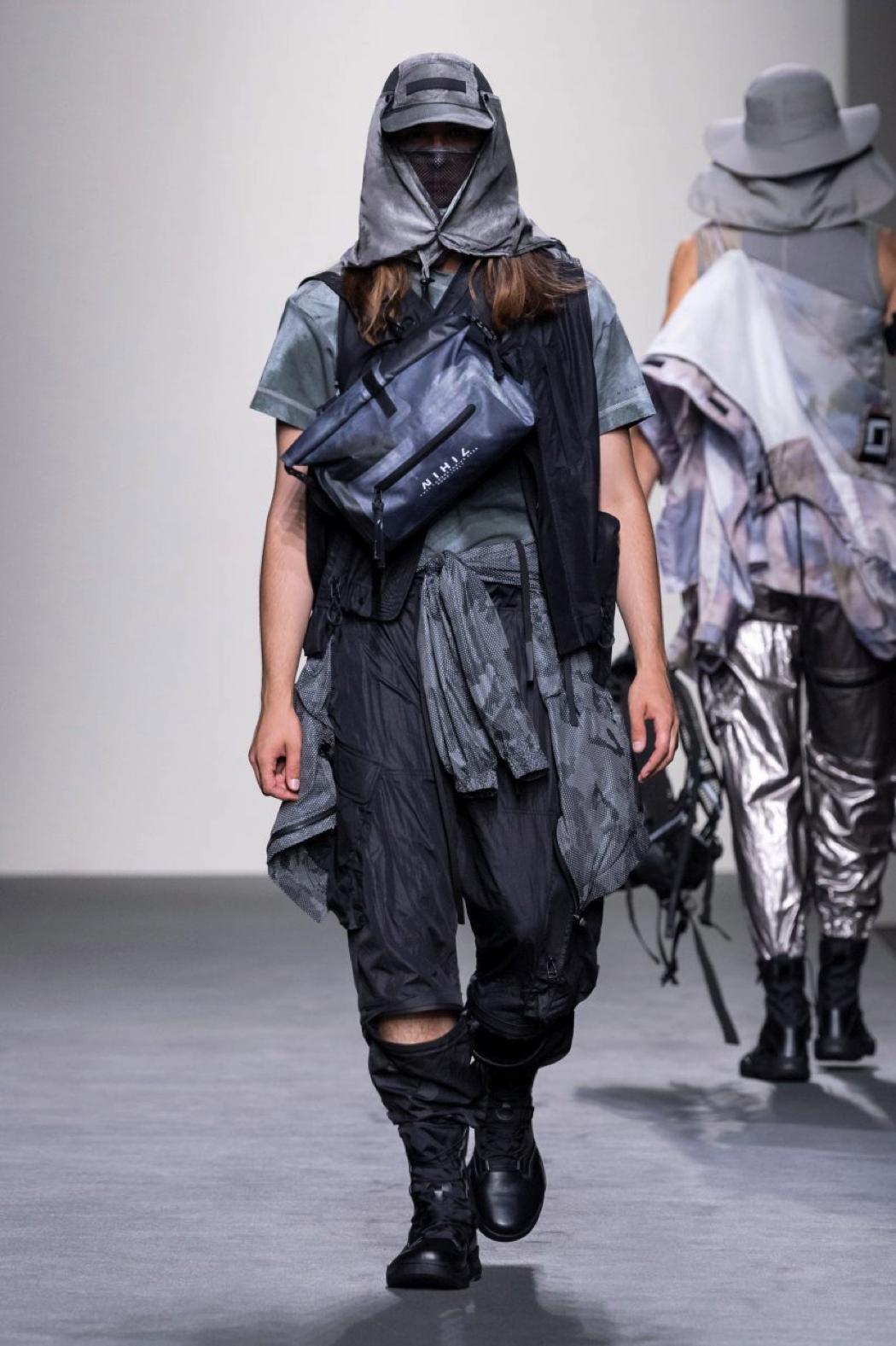 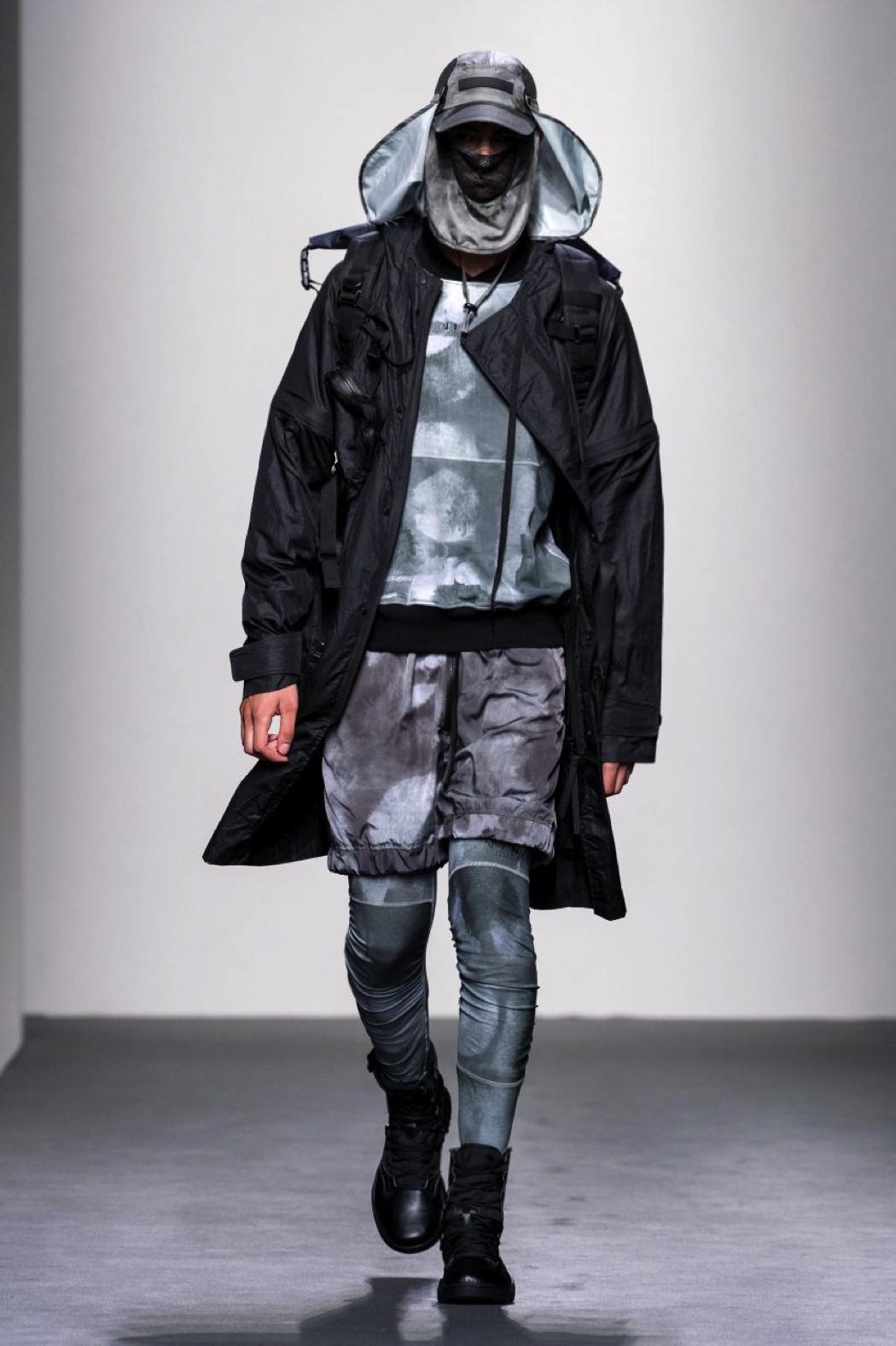 KALTBLUT: If you had not become a fashion designer, what would you do instead?
GALL: I couldn’t picture doing anything else. I’m meant to be doing this and only this.

KALTBLUT: Who’s your dream client?
GALL: Anyone who gets it.

KALTBLUT: What can we expect from you in the near future?
GALL: Just a continuation and betterment of what came from the previous. My objective is to always outdo my last collection, so I think by now the followers can expect that. New prints, new materials, new designs, new motivations to survive. I’m now working on the upcoming FW20 collection, which will feature garments for the hardest of winters and some other surprises. Also planning to present a women and kids capsule alongside the menswear, if we can beat the clock.

KALTBLUT: Where Can we buy your pieces?
GALL: You can buy pieces at our website: www.gallclothing.com, or within around 25 retailers worldwide. All you have to do is contact us at info@gallclothing.com and we’ll respond with the locations nearest you.