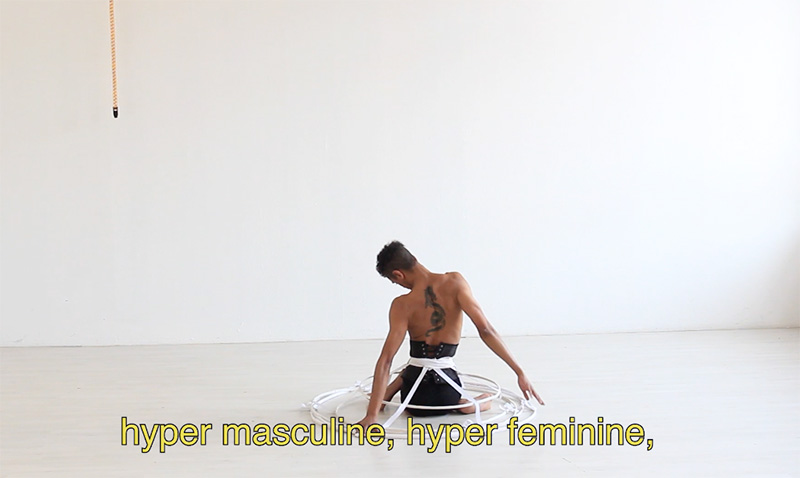 Or Not! A short documentary by Zoey Lee

“Or Not” is a short documentary / portrait of a male contortionist from Cape Town discussing the topic of “femininity” and what it represents for him in spite of how society or the gay community tells him differently. Directed, produced, filmed and edited by Zoey Lee. Starring Jade Lee.

The film title “Or Not” came from a sign of protest, after the original guidelines of the project were stated, where a woman director was instructed to make a film on the topic of “femininity,” as if this is the only topic women can talk about and therefore, the director decided to choose a (the most feminine) man as the one discussing this topic.

This project was a collaboration between 3 friends – Zoey Lee (Singapore) the filmmaker, Jade Lee (Cape Town) the contortionist and Flavia Laus (Italy) the composer & sound designer, who have been working closely together in various ways in the queer scene in Berlin in the last 5 years.