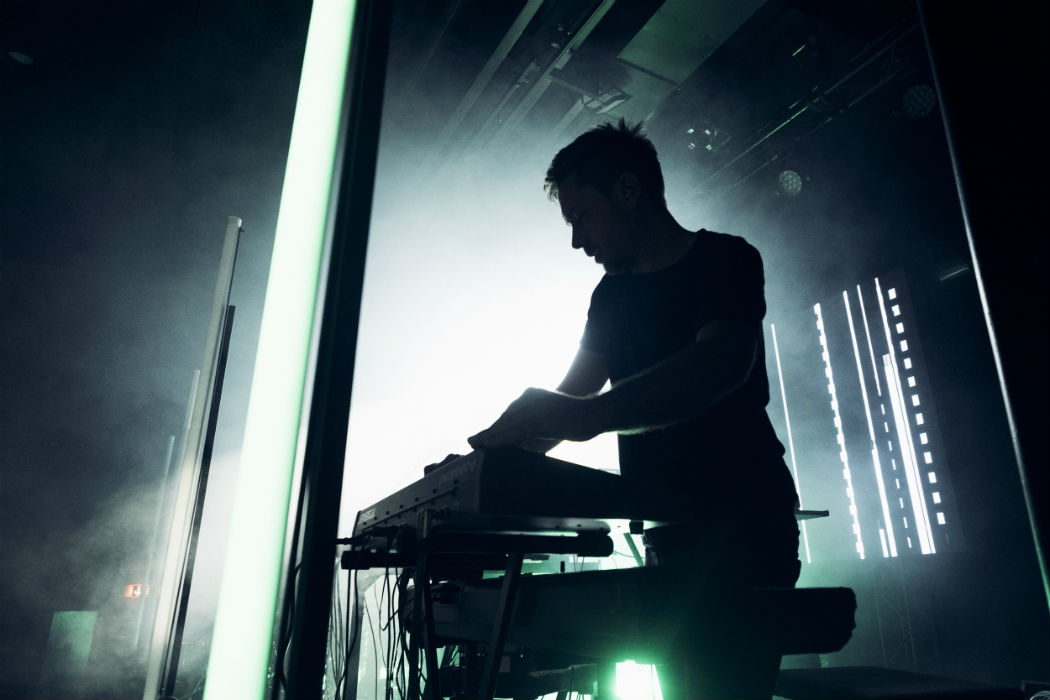 Jan Blomqvist is credited as being one of the first artists to bring techno into the concert atmosphere – something regarded as a sphere for more commercial music. In his live shows, the Berlin-based artist plays with a full band including drummer, vocalist and guitarist as well as 7 to 8 synthesisers. Starting earlier this year, Jan brought his immersive live show across Europe, promoting his latest album ‘Disconnected’. The full tour sees Jan perform in Germany, Ukraine, UK, France, Lebanon, Belgium, Turkey, Switzerland and Netherlands.

“Honestly I have never worked so much and slept so less like in the last 4 months on tour. But to work and to travel with these 5 lovely and funny Nerds who are all very unique specialists in their genre, made me unbelievably happy and very satisfied. The synchronization of music, lights and visuals was definitely the next step for all of us. We all had to learn a lot of new stuff, but when all 6 pieces came together perfectly on stage it was always pure satisfaction.”

“Nearly all our ideas worked, but we had to fight with other unexpected problems or let’s call it challenges: For example in Beirut our flight was cancelled and we were stuck at the airport for about ten hours. Finally the Lebanese police interrogated me for more than 1 hour in a small spooky room without windows. You really don’t wanna experience stuff like this. Somehow we made it to Istanbul, but I had to play a solo show because there was no time anymore to set up all our equipment, which normally takes 5 hours at least per gig.”

“In Switzerland, the border control had the stupid idea to weigh our bus and it turned out that we were overloaded more than 1 ton. We were shocked and had to order a 2nd tour bus for the rest of our tour. Our equipment had to stay at the border until we came with the 2nd bus. In Paris, we were totally on time, even one hour early but then there was a demonstration on all the streets, so we couldn’t drive to the venue. It took us two hours extra to get there with our 2 busses. By the way, in Munich, we filmed the whole concert with 12 cameras. You will see the result in summer.”