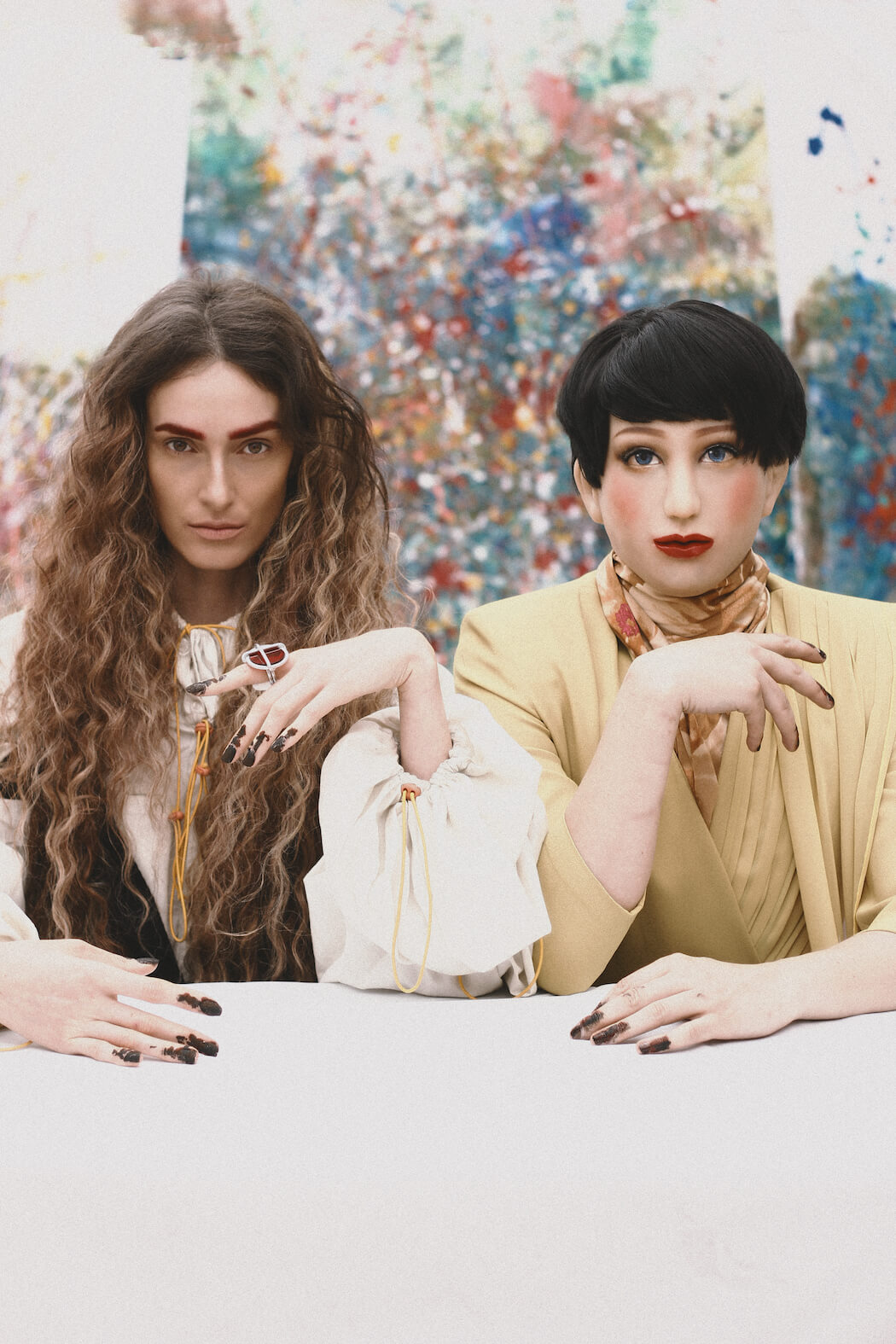 “Human Identity is the focus of my personal, artistic and professional research. In order to unravel this intricate subject, I have, in the past years, dedicated myself to studying Biology, History, Anthropology, and Sociology. These, combined, are the basis for understanding and exploring Human Identity. What it is, where it lies, how it is formed, how we perform it, identity crises, identity loss, non-identity and so on.

That is what my Fashion Photography is about. Identity. By going through most of my pictures, especially non-commercial ones, you can acknowledge elements on this matter. Having that in mind, I have recently photographed this series entitled “Pi”.

The title is a direct reference to the number Pi due to its relation to the mathematical concept of the “infinite” and the photographs are a portrait of the Human Brain.
Two very distinctive characters are thoroughly placed within the images. Yet, they represent the very same person. One of them being our Persona (the polished and well thought mask we present to society as our identity) and the other being our Essence (the abstract part of our existance, which isn’t necessarily part of the surface of our conscious. It just is).

The influence in which one bestows upon the other and how they are irrevocably related is part of the main intention of this series, as we are all an intricate combination of both Persona and Essence.

The Persona, played by Gamah, the living doll, wears well structured and sober combinations of smart tailoring with splashes of color, delivering geometric silhouettes, a very well groomed haircut on top of daily-ish sexy makeup, which apply to the character an image ready to be framed, as a TV Host, for example, who has to be very aware of its presentation as a Human Being and also be stimulating and appealing. The mask worn by the living doll is obviously the top reference to this character. The Essence, played by Thana, wears long, curvy, colorful, playful and all-over-the-place pieces of clothing superpositioned to one another, creating roundish silhouettes, very long and wavy hair, and a colored eyebrow. This styling, hair and makeup are the opposite of what the doll wears, but still, they exist as one.

They are Pi. Just one of infinite possible combinations of Persona and Essence coexisting as one. The presentation of the nails is the only element shared by both characters, showing that one is definitely an influence upon the other and they are able to have something in common, even just a small element.

The background is a reference to the actual physical brain, having a center and two sides. Each character stands on only one side of the brain – their own. And the center is the combination of colors of both sides of the background, and that’s when they relate to one another. When the characters can be an actual mixture and even switch sides for a bit. When they sit down at the table to talk and exchange.” *Rafael Dardes