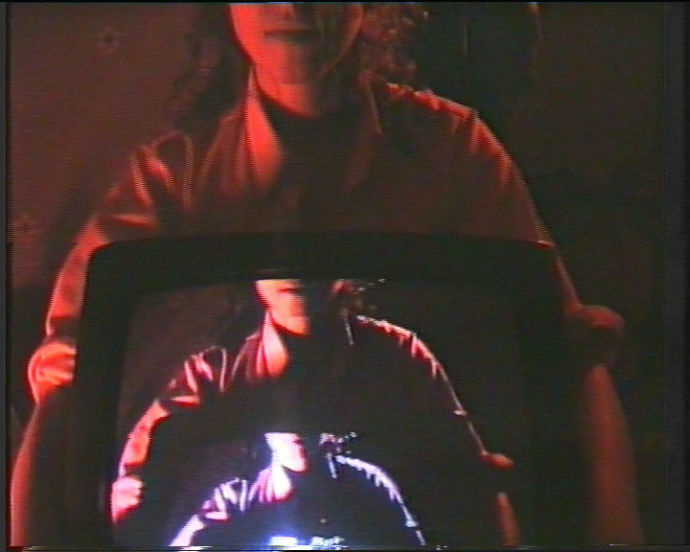 Portuguese Folk to Post-punk: An interview with Camara

Born in Canada, Fatima Camara was raised in a large Portuguese family where traditional song and dance were as integral to her family gatherings as food, laughter, and wine. Her debut album, ‘Before We Sleep’, is as a collage of the diverse musical influences that have defined each chapter of her storied life: bass guitar lines wrought with the new wave sound that marked her formative adolescence, drums that echo the electronic music she migrated to during her early adulthood in Toronto’s dance music scene, and an overriding melancholy that signals the conflicted feelings she has when considering the thin layer of dust that has collected upon her chair at the family dinner table since she made her move to Berlin. We met up to find out more about Fatima’s work and her time spent in the city.

KALTBLUT: What initially kicked off your decision to move over to Berlin?
Fatima: Well, I came over eight years ago, and I came over because of music. A lot of my friends were doing stuff over here, so there was already a little community of Canadians. It seemed to be the easiest move. I thought about maybe Tokyo, but Berlin made sense.

KALTBLUT: Do you think you’d consider relocating again at some point then?
Fatima: It’s funny, I have a hard time committing to any city so I think it might stay like that. It’s weird because I really enjoy stability, but knowing that I’m going to stay in one place forever doesn’t really make me feel good.

KALTBLUT: Well I guess Berlin is that type of place though. You come and find your niche, your group of friends, but you can just as easily get up and leave. There’s a constant feeling of freedom
Fatima: Yeah, and I love that about the city. It’s comfortable and relaxed, but there’ a lot of things happening. There’s always a way to really get into something that you like or are interested in. Pretty cool.

KALTBLUT: What about ever returning home to Canada?
Fatima: I make it back once or twice a year and I’m really close with my family, they’re Portuguese. I have five siblings and we’re all pretty close so I didn’t see myself being away for this long, but with modern technology and going back so easily, I can make it work. I’m originally just from outside of Toronto, and myself and my brother are really the only city people. The city I’m from is actually kind of a suburb, but I grew up in this kind of hobby farm with three and a half acres, it was always a little bit crazy. But we were always in the middle of the city. I definitely don’t feel like a city girl when I think back to my childhood, but at the same time I really enjoy the city. The people I know also kind of want this balance, of like city and nature. I love how wild Berlin is though, it’s not very manicured. I really like that landscape design.

KALTBLUT: With your new album just out, did you find yourself writing a lot of the music in Berlin or back in Canada?
Fatima: I put it all together here in Berlin, but in the album there are recordings of my family that I took back home. Things like family dinners, in particular my dad’s 65th, where my cousins came over with the accordion and sang traditional folk songs. I recorded a bunch of that stuff, initially just for fun, but then I really liked working on it and it was kind of a nice way to connect to back home when I was here. My parents are from the Azores, these ten islands and they all have their different take on this one particular song, like how it’s played and sung, that I ended up recording. So it’s funny, when I was asking my cousins because I really wanted to get it right, I had pulled up some videos to show them, and they were a little bit cooler and older, had a nicer aesthetic in a sense, and they were just like “Yeah, that’s not ours.”. So I was just like, “Okay okay I got it. You can change it a little.”. But yeah, it was great just working on this project as a way to connect with my roots, because I think growing up in Canada, the city I was in anyway, had a very prevalent Portuguese population but unfortunately there, I mean there was different takes on how visible the minority can be. I think it can be both positive and negative. There’s definitely this whole cultural identity thing, it’s a big issue in Canada, in Berlin I see a lot of it, more and more in the bigger cities where you have immigration and stuff, but for me it was something I think that when I was younger, I was surrounded by it but I don’t think I appreciated it, this traditional culture.

KALTBLUT: So what would’ve been your usual weekend back at home?
Fatima: When I was a teenager I was kind of in the suburbs a bit, but we would always Toronto a lot because the rave thing was becoming a thing. So that was something that really had a big impact on me, I mean before that in terms of influences that I think you can hear on the album, new wave was a big thing. My brother showed me that, my sister was more into rock and playing instruments. So I was kind of finding “cool” that time, but yeah the Toronto rave scene definitely was something that I got into really easily. Techno house, things like that.

KALTBLUT: Did you find yourself making music with your brother or sister then?
Fatima: No I didn’t actually! It’s funny because I got into making music through deejaying and it’s super cheesy, but when we used to have family parties and my parents would leave us, me and my siblings, we would turn off all of the lights and have a little disco [laughs]. I was number four, so I always wanted to go to the clubs with my older siblings which was a bit of a problem.

KALTBLUT: When you started creating your own music, did you follow a particular pattern?
Fatima: It’s become a part of the way I produce for certain, and that’s only happened in the last several years, where I really started to appreciate these kind of accidental sounds. These kind of magical, subtle sounds of the moment. It’s really nice to take a moment and think about even silence, especially living in a city, we have just so many sounds constantly around us, but when you stop and take it all in, it’s over stimulating. So when you take the time to add this to music, it really does create these different atmospheres.

KALTBLUT: Is this the type of mistake you reference in ‘While she slips out (with memories of 16colours, 2mistakes)’?
Fatima: It’s actually a reference to the title of a piece of art that my friend made. She was a really close friend who unexpectedly passed away and it happened during the making of the album. It’s something that you know, death is experienced by everyone of course, but it really does have an impact and changes your perspective on things. For me I just thought it was really important to include that. I really wanted to stay true to the way that she had written the title, because I thought it was quite cute and clever, but it really caused issues in terms of the editing and everything, you can’t tell if it’s a typo or not [laughs]. After Rachel had passed away, I looked into studying death education because of how we educate people about death and how we experience it is to me really not okay, it’s not acceptable.

KALTBLUT: I guess people just instantly think of it as this really morbid subject and don’t want to talk about it
Fatima: That’s the thing, it shouldn’t be so morbid! This is what my boss had said when I said I wanted to go part-time and do my PhD. I was going to originally leave Berlin. After this happened, everyone left and I thought I want to get my ideal situation, and if it works then I’ll stay, so when I was talking to my boss about what I was going into learning, she was like, “Oh, but nobody wants to hear about that!”. That’s the problem! Death can be such a beautiful thing and so inspiring and it can also be horrific if you don’t have experience, because we only talk about death if someone’s dying or you’re dying, and that’s when the conversation comes into play. Could you imagine if everyone accepted death from an early age? There’s this project coming out of England that has students working with Hospice patients, doing art projects and things like that, just being exposed to it in stages I really think can be beneficial. There’s so much that people could do to be happier and appreciate things in a different way.

KALTBLUT: Are you working on anything else at the moment?
Fatima: I’m always working on different things, but right now I’m focusing on this project. In particular I’m working on the performance of it as I used live instruments but I did most of the production on the computer so I would like to, as much as possible, take it outside of the computer when performing it. For me it’s a bit of a challenge, but it’s been really interesting talking to people looking at different ways to perform it. I think it’s something that artists have a problem with now when they’re making something at home in the studio, they’re not sure how to interpret it when playing live. You won’t get this exact replica, at least I don’t think I’m talented enough to get that [laughs]. I gave myself some deadlines for live versions, and much of that time I had practiced trying to get it to sound almost exact as possible but using external pedals and effects, but really I wanted to get away from the computer as much as possible. I’ve been doing a lot of geeking out on forums and trying out different things, but now I’ve kind of let go of trying to replicate and appreciating what I can make in the moment. Putting work into the performance is really changing the way I produce.

KALTBLUT: And with this city having so many artists, you can always have some kind of input
Fatima: Oh yeah, it’s so nice having this community. Sometimes I felt that, and this is me being very naive because clearly it’s not, in my circles I’m being exposed to more dance music, and it’s a little more limited in that sense, which sounds crazy being in Berlin, but yeah. I think saying that though, it’s all really contributed to me trying to do this thing, and I’ve had so much support.

KALTBLUT: What three albums changed your perspective on producing music?
Fatima: I think Art of Noise ‘Close to the Edit’ was one that really got me, Burial, which is someone I haven’t mentioned a lot in terms of the album, but definitely his first official album I can just listen to again and again. Maybe, this is a long time ago, but PJ Harvey’s ‘Uh Huh Her’ that she recorded on an 8-track machine at home, all by herself. That really stuck with me because I didn’t think people could do that, and that’s something that I wanted to do.

‘Before We Sleep’ is out now on Parachute