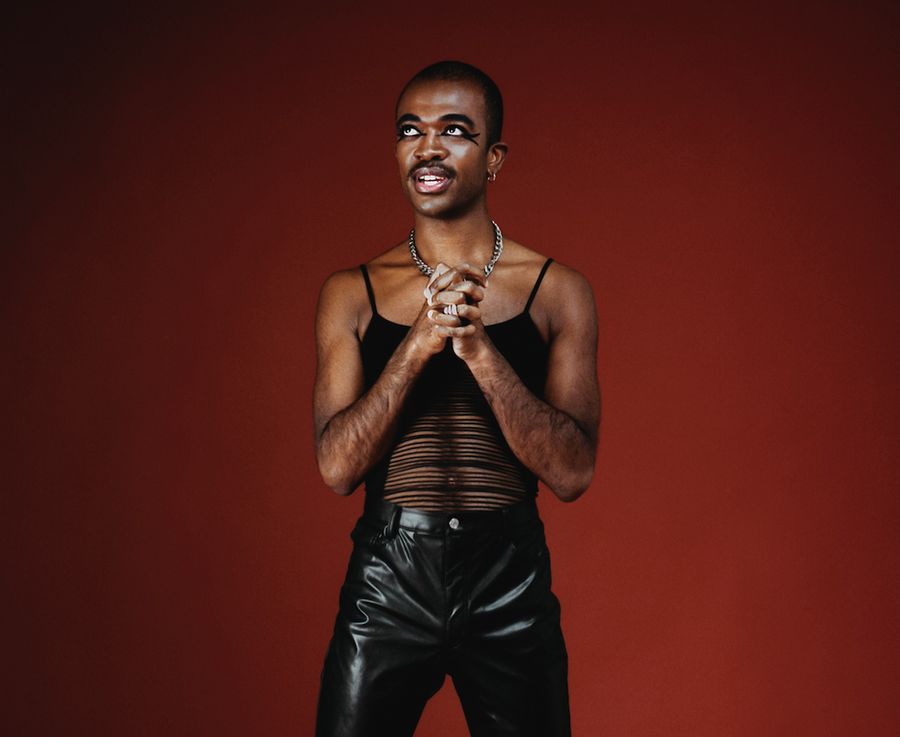 Today marks the day Jacobs Morgan releases his self-titled debut EP. The EP, consisting of four tracks, shows Jacobs moving effortlessly between various styles from pop, to dance and to rap. KALTBLUT caught up with Jacobs ahead of the release to talk about its production and how he managed to create such an upbeat release in such dark times.

KALTBLUT: I want to start with your EP. Can you tell me a little bit about it?

Jacobs: I’ve always quietly been working on music. Since COVID, it’s been the first time I’ve been with myself and was able to work on something as an artist to release. A lot of it was done remotely with the producers I was working with. I worked with a superb producer in Montreal called Skesa, a great producer in New York called uefo/Michael Banks, and a guy in London called Lostchild. It’s interesting to me. My music has always been about writing stuff that I want to listen to or dance to if I were to go out. There’s not enough music like that out there, or at least I struggle to find that sort of stuff that I want to listen to or am excited about. The producers I found were amazing and exciting, so I worked on the tracks, which I thought would sort of fill that gap for me.

KALTBLUT: The EP is really upbeat, which I think is interesting considering that you worked on it during the pandemic. The last two years were depressing in every sense. How did you find the strength and energy to create something so positive?

Jacobs: A part of it was probably the longing for the return of clubs and those kinds of spaces, and finding that through creating music essentially. I was also listening to a lot of music when I was locked inside. There were nights when my ex and I would have club nights in our flat. It was about keeping that energy, lightness and fun even though we were in a very kind of contained small world at that point. Globally. Everyone’s world was so small. I think it was a sense of looking outwards through music and sound.

KALTBLUT: It’s interesting that you say you listened to a lot of music. I struggled with listening to music throughout the first lockdown in 2020, I didn’t want to listen to anything. I’m curious, what music were you listening to during lockdown?

Jacobs: It was stuff like Azealia Banks, Cardi B, Doja Cat and Channel Tres, I really love him. I also just discovered Peggy Gou and Yaeji during lockdown. In a way, even though it was such a traumatic time, they became the soundtrack to my lockdown. There was such a wealth of music, which I hadn’t heard before. That was great, and some sort of joy during that time.

KALTBLUT: When it comes to your music, I find that you blend a lot of genres. Does that come organically, or are you trying to incorporate as much as possible?

Jacobs: I think it does come organically. I also wanted to try and do something new. For me anyway. When thinking about the structure of a song, I always think about what style is best for communicating what I want to communicate.

I’m a filmmaker as well, so I’m quite a visual person. When I think about my music, I see it as well, whether it’s as a music video or just as a visual landscape. To me, it’s about matching what I see in my mind’s eye with a sound. Often this leads to a bit of variation in terms of style, vocals, lyrics and communication.

KALTBLUT: What came first, your love for music or film?

Jacobs: When I was growing up, my sisters and I would always write music. As a kid at home, summers seemed like they went on forever. And so we had to find things to do. We would always write songs and performances. On a historical level, music came first to me.

But in terms of professionally, film came first. I started as an actor and made films when I was 17. Now, I’m working on a feature film, and a lot of TV stuff in Germany, the US and the UK.

It feels like coming back to music for me. It’s not a completely new thing, but it’s the first time I’m putting something out into the world.

KALTBLUT: Your latest music video, which premiered on Kaltblut last year, is pretty cool and makes a lot more sense now considering the aesthetic and attention to detail. How much input do you have when it comes to the visual assets?

Jacobs: For photography, I think it’s about finding the people whose work you admire, curating them and then letting them run with it.

For the most recent shoot for the EP release, I worked with an incredible photographer in Berlin called Eden Jetschmann. They had incredible ideas. I also worked with a great stylist, Gabriel Annouka, to whom I just handed over the reins as well.

In terms of the music video that I shot, I directed that as well. It was shot in my local laundrette, and lots of my friends worked on it with me. It was very much a labour of love because I always wanted to direct a music video. This is something I’ve been visualising for so long.

KALTBLUT: It turned out great! I wanted to ask you about something completely different. I was looking at the end of year charts a couple of weeks ago and noticed that all songs are TikTok songs. How does that feel as a musician to have this giant tech company dictating the music trends?

Jacobs: To be honest with you, it feels like I need to get on it. I need to engage more with TikTok. It’s not going anywhere. It’s a platform, a source of information, art, basically everything. It’s something that we as musicians need to embrace to honour it. It’s a very powerful tool, just like a lot of social media. I need to work on it because I don’t know that much about it. Some friends of mine found huge success on TikTok, and I think there is a lot to be said for it as a new kind of medium for creatives.

Jacobs: I think because I am also considered as a typical consumer, it doesn’t appear like it’s difficult to fully conquer. In terms of being engaged with it as a tool, and finding ways of getting your music out there into the world, I think it’s about doing the work.

KALTBLUT: And coming back to your EP. Have you already performed any of it live? I know London is pretty much back to normal now event-wise.

Jacobs: I have done a couple of lower-key live performances. There was a sense of trying the songs out live to see how they land. I am working on my first solo show, which will be in the next couple of months.

KALTBLUT: Fasting-forward to NYE 2022, what do you want to look back on?

Jacobs: Reaching the audience that I want to reach. It’s mostly queer people to be honest with you. My music does have that queer sensibility.

Being able to perform the EP live in London and Berlin. They’re the two places I split my time between. And yeah, just carrying on, pushing and releasing more music. I think I have to release a couple more tracks this year and collaborate with other artists.